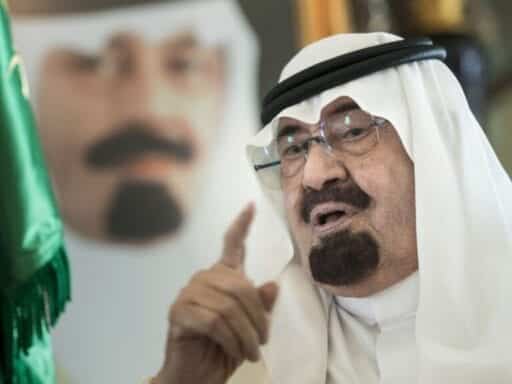 Saudi Arabia is a difficult but valuable ally.

Two things followed from that. One was that if a US-Saudi spat led to a cutoff of Saudi oil (as happened over Israel in the 1970s), then the American economy was badly hurt by higher prices and the Soviet economy was simultaneously helped by stronger foreign currency reserves.

The second was that if Saudi Arabia realigned geopolitically into the Soviet camp — either because its leaders forged an alliance with Moscow or because its leaders were overthrown by some new leftist coalition — America’s overall strategic posture would be greatly weakened.

By 2018, though, things look quite different. For starters, the Saudi population has more than tripled, so the Saudi government’s ability to use its oil reserves for anything other than straightforward economic development is reduced. But more importantly, while Russia still wins from expensive oil, American foreign policy is no longer oriented exclusively around competing with Russia.

US domestic oil production has increased a lot, meanwhile, so while most Americans still prefer cheap gas to expensive, the overall macroeconomic impact is a lot more ambiguous these days. The collapse of world oil prices in 2014-’15 gave Americans cheap fuel but also led to a collapse of investment in fracking and slowed US manufacturing. The runup in oil prices over the past two years has fueled domestic investment.

More importantly, high oil prices are a lot worse for China than they are for the United States these days. And there’s no rival camp for the Saudis to defect to.

The oil thing, in other words, doesn’t provide any leverage. Indeed, the really big winner from a Saudi-induced production cutoff would be Iran. Iran is, of course, a bit of a strategic rival of the United States. But it is really the main strategic rival of Saudi Arabia. So it’s inherently uncredible that the Saudis would act in any systematic way to keep prices artificially high.

None of the rest of it makes sense

The Iran issue further underscores how nonsensical the current alignment is.

One thing you hear is that the Saudis are valuable allies against Iran. But that’s backward. The Saudi-Iranian rivalry is very intense, and we are valuable to Saudi Arabia as allies against Iran. The leverage here is entirely in our corner. As the country that’s located on another continent and that doesn’t admire either country’s political system, we have the option of moving to a more neutral position between these two countries unless the Saudis do what we want.

Fear that Americans would realize this is what drove think tanks funded by the Saudis and the United Arab Emirates into such a frenzy of opposition to President Obama’s nuclear deal with Iran.

Resolving the nuclear issue would have set the stage to make a more neutral US posture at least theoretically possible, which, in turn, would have given the US a very strong upper hand vis-à-vis Saudi Arabia. But the Gulf states, working with Israel, got Republicans to scuttle the deal in a way that has made the world less safe from nuclear proliferation but serves their narrow regional political agenda.

So what sophisticated people like Thomas Friedman come up with are these elaborate stories about America’s vital interest in pursuing domestic reform in Saudi Arabia, reform that requires us to be so intermingled with the Saudi elite that we can push and prod in just the right ways to produce the outcome we need.

Folks thinking this way ought to consider the possibility that they’re looking at it through the wrong lens of the telescope. The realities of Cold War politics got us involved in deep, long-term cooperation with a Saudi state that is not otherwise a natural partner for the United States. The result is a kind of weird, complex family dynamic with a lot of money and feelings and oil going back and forth that, if you’re in the middle of it, can seem very important. But the nuances of internal Saudi politics only seem important because the relationship is so thick; they’re not a reason to have a thick relationship.

We don’t need to topple the Saudi regime and try to put a better one in its place. But we also don’t need to pretend that its leaders are these fantastic reformers and hail them as visionaries. There are a lot of autocrats in the world who may or may not control natural resources and who have to be dealt with as a reality of the global system, and that’s fine. But Saudi Arabia is just a bigger version of Equatorial Guinea or a better-managed version of Venezuela; it’s not crucial to anything.

Russia has paved the way for Putin to be president for life
The whistleblower offers written testimony to House Republicans
What it’s like to live through the Australian bushfires
The 6 reasons Americans aren’t getting vaccinated
Meatless meat is becoming mainstream — and it’s sparking a backlash
South Korea wants to lift sanctions on North Korea. That could kill Trump’s nuclear plan.