Registered to vote? Here are the voter registration deadlines in all 50 states. 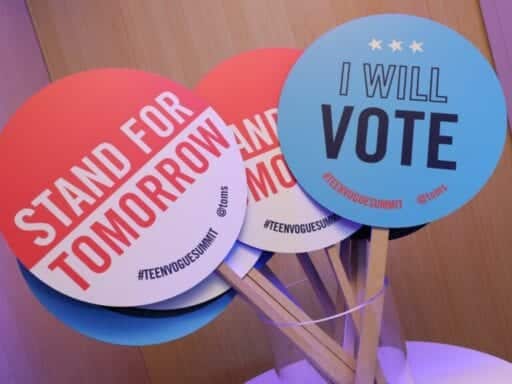 The 2018 midterm elections are less than a month away.

The 2018 midterm elections are less than a month away, which means that in many states, voter registration deadlines are fast approaching. If you’re one of the voters — on either the left or the right — energized to head to the polls on November 6, you’ll likely first need to register.

Among Democrats, there’s been buzz of a blue wave, with polls showing that progressives are excited to go to the ballot box. A historic number of women are on the ballot this year, especially Democrats, and women could lead enthusiasm in the left.

Among Republicans, voter enthusiasm has been more of an open question, but some GOP leaders think the bruising battle over Brett Kavanaugh’s nomination to the Supreme Court may have lit a fire under their base. Polling evidence suggests the Kavanaugh fight could help Republicans in the Senate, but in the House of Representatives, it could have the opposite effect.

In 12 states and the District of Columbia, you can register up to and on the day of the election, though you’ll avoid certain levels of bureaucratic hassle if you meet earlier registration deadlines ahead of time. As of Sunday, you still have time to register everywhere, but deadlines are fast approaching — the deadline in Alaska and Rhode Island is October 7, and in 14 states, including Florida, Ohio, and Texas, it’s October 9.

The potentially historic 2018 midterm election is Tuesday, November 6th. But you have one more date to mark on your calendars before then: the deadline to register to vote in it. Some of them are in just a few days. The cutoff dates and rules vary widely by state. Above is a breakdown of the final day to register in each state, but many allow registration online long before that — and some have specific requirements, like showing proof of residence — so be sure to check the website of your local government for that specific information. Note: this is an updated version of a previous graphic, which contained some incorrect dates. Thanks to our readers for helping us spot the errors. #Midterms2018

Wonder when the last day is to register to vote in your state? Here’s a list and link to learn more about voting in each state.

Everyone in the White House cluster who has reportedly tested positive for the coronavirus
Facebook cancelled a major annual tech conference because of coronavirus. It’s not alone.
“We’re being punished again”: How people with intellectual disabilities are experiencing the pandemi...
VMAs 2018: 6 winners and 2 losers from a mostly lackluster show
Air Force veteran MJ Hegar wins the Texas Democratic Senate primary
Elizabeth Warren wants to level the playing field for entrepreneurs of color