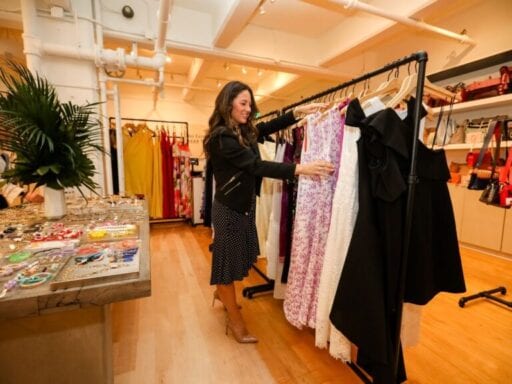 The billion dollar startup has been plagued by warehouse issues, resulting in tons of delayed orders.

Rent the Runway, the billion dollar clothing rental service trying to transform how women shop, has stopped accepting new customers in the wake of an operations breakdown that resulted in tons of cancelled orders and a customer service meltdown.

In an email to customers on Friday, CEO Jennifer Hyman said her company has temporarily stopped accepting new subscribers, and that it will not accept any new event-rental orders that need to be delivered before Oct. 15. The email also said that current subscribers will see one- to two-day delays on their deliveries until mid-October.

“You rely on us for meaningful events in your life and to get dressed everyday,” the email read. “We realize we have let some of you down, and we need to fix it.”

She blamed “unforeseen issues associated with a significant software transformation that we are executing” in the company’s New Jersey warehouse.

The decision to pause new orders and subscriptions comes days after Recode reported that Rent the Runway’s Twitter and Facebook pages were overrun with hundreds of complaints of delayed and cancelled orders, and customer service wait times that topped three hours.

In many cases, the mishaps resulted in customers of Rent the Runway’s Reserve service — which is for one-off event rentals — finding out only a day or two before a special event that their dress wasn’t going to arrive on time.

“Their entire Reserve business is based on getting people clothing for a specific day — that is the entire point,” one customer, Cheri Cohen, wrote in a message to Recode last week. “The order is useless if it doesn’t arrive in time.”

Rent the Runway gave Cohen, and other customers, as much as a $200 credit toward a future order to try to make amends.

Rent the Runway’s original service offers one-off dress rentals for special occasions. More than 70 percent of the company’s revenue, though, now comes from a monthly subscription service for everyday clothing, Hyman told me at Recode’s Code Commerce event earlier this month. Shoppers interested in purchasing the company’s subscription service, which is called Unlimited and costs $159 a month, are now instructed to sign up for a wait list.

Both businesses require a logistics operation with razor-thin room for error. And that operation is apparently suffering under the company’s rapid growth. Hyman told Bloomberg that the warehouse upgrade involves a new racking system for inventory, meant to eventually speed up the turnaround time for items. But in the short-term, it has caused delays on orders.

The Business of Fashion (subscription) reported earlier this week that Rent the Runway this week parted ways with Marv Cunningham, its head of supply chain who joined the company from Target less than one year ago. The online business publication also earlier reported news of today’s email.

The saga highlights the challenges of building an innovative e-commerce business that is aggressively pursuing growth while maintaining smooth service to existing customers. The Wall Street Journal reported this summer that the company had sent out an apology email to customers due to service issues.

At Code Commerce, Hyman dismissed the Journal’s coverage, insinuating that Rent the Runway was simply paying a price for being honest with its customers.

Vox Sentences: DACA on the docket
How to answer 7 big questions kids have about the coronavirus pandemic
A GOP-led Senate intel committee report states the obvious: Russia favored Trump in 2016
What it’s like for a doctor treating coronavirus, in one Twitter thread
Trump’s first interview since losing reelection was a smorgasbord of disinformation
A Nobel Prize-winning physicist sold his medal for $765,000 to pay medical bills