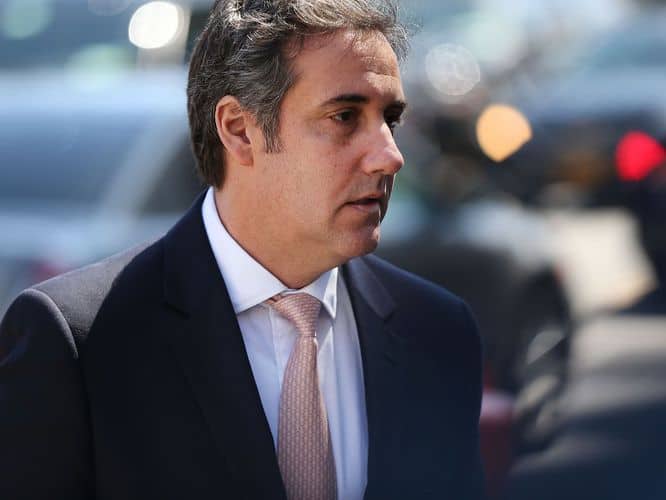 Reportedly, only one features a substantive conversation with Trump.

Lordy, there are tapes in the government’s investigation of former Trump attorney Michael Cohen — more than 100 of them. But they aren’t all of President Donald Trump.

Federal authorities have seized more than 100 recordings made by Cohen, including the bombshell tape CNN published on Tuesday that appeared to feature the president discussing a payoff to former Playboy model Karen McDougal, the Washington Post reports.

While Trump makes a cameo in fragments of these recordings, the tape that’s been released is the only one that includes a substantive conversation between the two men, sources tell the Post’s Philip Rucker, Carol Leonnig, Tom Hamburger, and Ashley Parker. A number of the recordings reportedly capture discussions that Cohen had with journalists who were asking about Trump, while others may have included talk that sometimes touched on Trump and his business practices.

Cohen’s attorney and longtime Clinton ally Lanny Davis has said that his client’s penchant for secretly recording discussions was something he occasionally did in lieu of taking notes. “Michael Cohen had the habit of using his phone to record conversations instead of taking notes,” Davis told the Post. “He never intended to make use of the recordings and certainly didn’t intend to be deceptive.”

Meanwhile, Trump has called Cohen’s recording of their conversations “inconceivable” and questioned the attorney’s ability to even make them. “Inconceivable that a lawyer would tape a client – totally unheard of & perhaps illegal,” he wrote in a tweet over the weekend. As Vox’s Emily Stewart points out, it is legal for communications to be taped in New York, where the recording was made, as long as one party knows it’s happening.

In the tape that was published earlier this week, Trump and Cohen can be heard discussing a payment to McDougal, who received $150,000 in exchange for selling her story about the Trump affair to the National Enquirer. The publication, which is owned by American Media Inc., a company chaired by Trump ally David Pecker, had purchased the story specifically to keep it quiet. As Vox’s Andrew Prokop writes, the recording confirms that Trump knew about Cohen’s involvement in the McDougal payoff.

Cohen’s release of the McDougal tape seems to suggest that his allegiance to Trump, once seen as steadfast, has truly begun to waver. The revelations around this new trove of tapes are only the latest developments that hint that Cohen, who’s described himself as Trump’s “fix-it guy,” could be considering making a deal to flip on the president.

Despite his longstanding loyalty to the president, Cohen reportedly felt abandoned by Trump as the pressure on him grew in recent months, and much of his recent reaction appeared fueled by a personal sense of betrayal, according to the Post. A Cohen associate characterized Trump’s treatment of his former attorney akin to “leaving him out in the wilderness.”

Cohen is currently under a federal criminal investigation examining his business dealings and payments he made to cover up alleged extramarital affairs involving Trump. There’s an open question around whether some of these payments were campaign finance violations.

If he ends up turning on Trump, this investigation might not be the only one where he’ll face questions.

Twitter purged thousands of QAnon-spreading accounts, including some of the conspiracy’s most promin...
Why visual effects artists love this shiny ball
K-pop fan activism for Black Lives Matter needs context
5 women who ran on their national security backgrounds to flip GOP House districts in 2018 have won ...
A divorce lawyer’s guide to staying together
2020 Democrats make their final appeals ahead of the Iowa caucuses