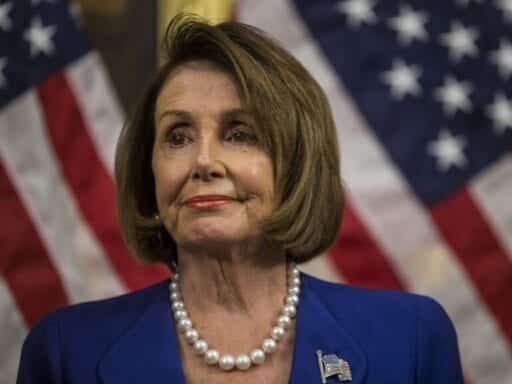 After Trump abandoned the Syrian Kurds, a key ally in the Middle East, Nancy Pelosi and a bipartisan group of lawmakers visited other allies in Jordan and Afghanistan.

House Speaker Nancy Pelosi spent her weekend in Jordan and Afghanistan — part of an unannounced high-level congressional delegation trip that came on the heels of a tumultuous week in United States foreign policy after President Donald Trump unexpectedly pulled American troops out of Syria, abandoning Kurdish allies in the region.

As Trump spent much of last week rushing to defend a foreign policy decision that has enraged members of his own party, Pelosi led eight other members of Congress on an unannounced trip to visit with Jordan’s King Abdullah II and Afghanistan President Ashraf Ghani, as well as top officials from both countries.

At least in Jordan, the US delegation’s talks seemed to focus heavily on Trump’s actions in the region, their potential repercussions, and assurances that the US would still work with its Middle East allies, even after the president publicly abandoned a key partner in Syria. Turkey began an invasion into northeastern Syria earlier this month — a move that even Trump’s State Department says is worrisome, according to documents Vox’s Alex Ward obtained over the weekend:

“Turkey’s military offensive is severely undermining counter-ISIS efforts, endangering innocent civilians, and threatening peace, security, and stability in the region,” read some of the talking points written by the State Department’s Bureau of Near Eastern Affairs and obtained by Vox.

Though other details about the delegation’s discussions are limited, the trips likely included US lawmakers attempting to soothe concerns about what Trump’s chaotic foreign policy means for the region.

But beyond talking to American allies and trying to provide some sense of reassurance, and a few retroactive legislative steps, there’s not much Congress can do. Trump has wide latitude to make decisions about where American troops are placed — even if the vast majority of lawmakers disagrees with them.

No matter what, those decisions will have lasting repercussions.

In a statement, Pelosi said talks focused on keeping the region stable after US troops were withdrawn and Turkish troops moved in, fighting Kurds in northeastern Syria who had been key US allies up until now. On Thursday, the Trump administration hastily brokered a five-day ceasefire between Turkey and the Kurds, but there were reports of continued shelling Thursday night and Friday.

And they also discussed the vacuum created by the US leaving, both giving an opening to Russia and Iran to gain more of a foothold in the region, and possibly giving rise to the reemergence of ISIS.

“Our bipartisan delegation is visiting Jordan at a critical time for the security and stability of the region,” Pelosi said in a statement released Saturday. “With the deepening crisis in Syria after Turkey’s incursion, our delegation has engaged in vital discussions about the impact to regional stability, increased flow of refugees, and the dangerous opening that has been provided to ISIS, Iran and Russia.”

In Afghanistan, Pelosi and the delegation briefly met with Secretary of Defense Mark Esper, as well as Gen. Austin Miller, the commanding officer of US forces in Afghanistan.

Pelosi said the US and Afghan delegations discussed “senior Afghanistan government officials to discuss security issues, improving governance and economic development,” as well as cracking down on corruption issues and boosting the role of women in the country.

Republican and Democratic politicians alike have spent the past week scrambling to contain the fallout from Trump’s actions in Syria.

As the US president has repeated talking points from Russian President Vladimir Putin and Turkish President Recep Tayyip Erdoğan, lawmakers from both parties leveled searing criticism at Trump, arguing his abandonment of the Kurds will result in bloodshed, and set a terrible example for other US foreign allies.

“Withdrawing U.S. forces from Syria is a grave strategic mistake,” Senate Majority Leader Mitch McConnell wrote in a recent Washington Post op-ed. “It will leave the American people and homeland less safe, embolden our enemies, and weaken important alliances. Sadly, the recently announced pullout risks repeating the Obama administration’s reckless withdrawal from Iraq, which facilitated the rise of the Islamic State in the first place.”

McConnell and other Republican lawmakers, who have largely stuck by Trump on most other issues, talked about their fear the situation in Syria could embolden Russia and other American adversaries in the region, and entirely remake the geopolitical power structure to Russia’s advantage and America’s detriment.

“We are ignoring Russia’s efforts to leverage its increasingly dominant position in Syria to amass power and influence throughout the Middle East and beyond,” McConnell wrote. “While Turkish President Recep Tayyip Erdogan’s offensive into northeastern Syria is misguided, is it really the case that the United States would prefer that Russian, Syrian and Iranian forces control the region rather than Turkey, our NATO ally?”

Vice President Mike Pence and Secretary of State Mike Pompeo traveled to Turkey last week to strike a deal with Erdoğan on a ceasefire, but there are conflicting reports on whether that ceasefire is really working.

“The President’s decision to reverse sanctions against Turkey for brutally attacking our Kurdish partners in exchange for a sham ceasefire seriously undermines the credibility of America’s foreign policy and sends a dangerous message to our allies and adversaries alike that our word cannot be trusted,” Pelosi and Schumer said in a statement.

Pelosi and McConnell are suddenly finding themselves united in opposing Trump’s foreign policy blunder in Syria — even if most of what they can do is condemn Trump’s actions, attempt to pass sanctions, reassure allies, and counsel the White House.

The deep political meaning of a quarantine haircut
US sees layoffs, China reports no new local cases: Thursday’s coronavirus news
100 years of the American left in 5 minutes, with Sorry to Bother You director Boots Riley
Protests for Black lives are still happening
NYC is investigating Amazon for firing a worker who protested coronavirus working conditions
Trump is following through on his big China trade war threat