Republican candidate Corey Stewart said Trump was “standing up to the Russians.” The audience couldn’t contain their laughter. 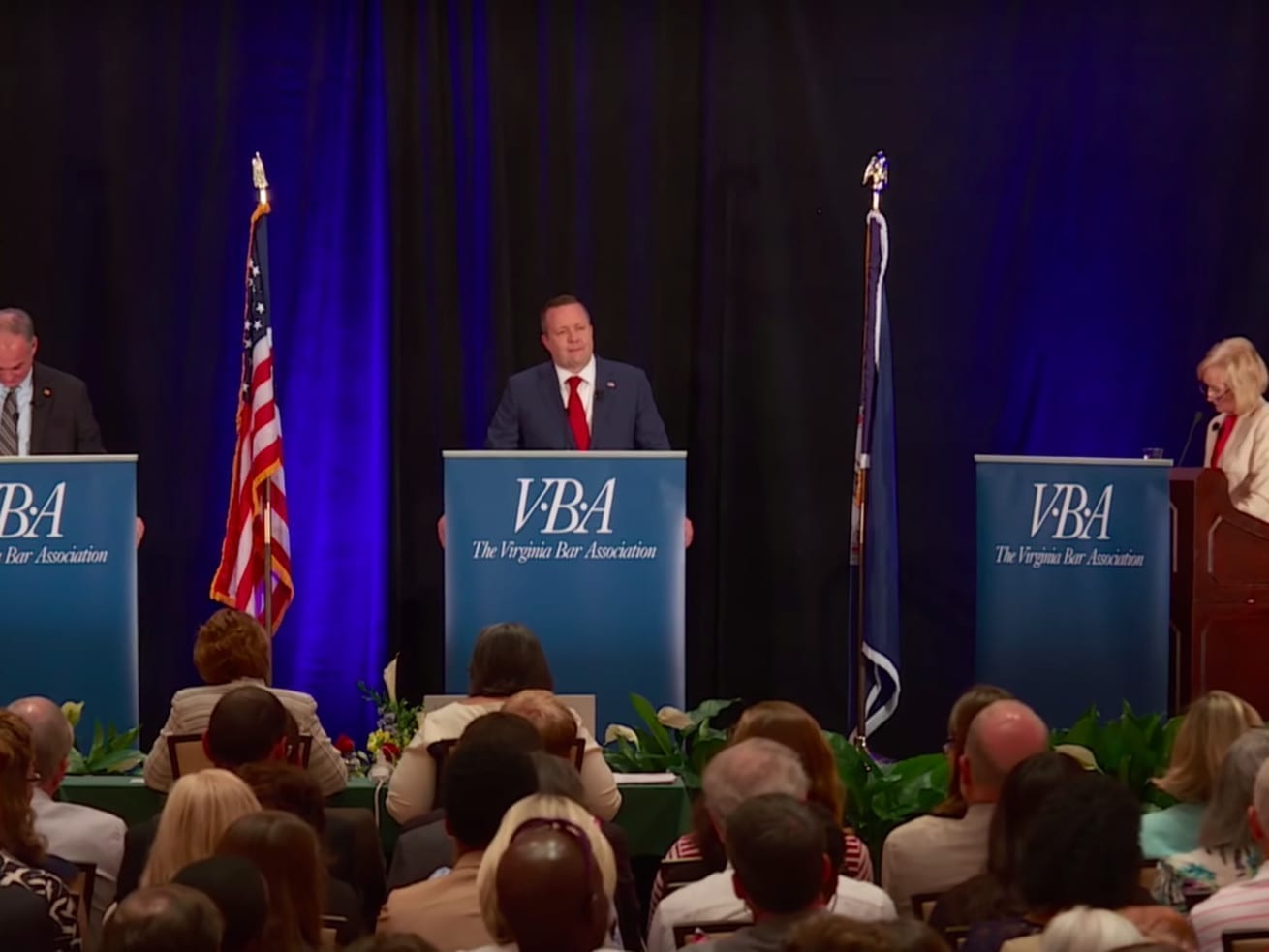 Senate candidate Stewart, like many Trump supporters, seems to have an alternative version of events.

Democrats and Republicans may have been watching two different Helsinki summits last Monday when President Donald Trump cast doubt on the US intelligence community’s assessment that Russian President Vladimir Putin meddled in the 2016 election.

The Republican Senate nominee for Virginia, Corey Stewart, said Trump was “standing up to the Russians” during a debate Saturday against Democratic incumbent Sen. Tim Kaine.

Debate Audience Erupts in Laughter After Republican Corey Stewart Says Trump “is standing up to the Russians.”pic.twitter.com/vSuqxZtsiH

After receiving widespread bipartisan criticism for his deferential statements in Helsinki, Trump subsequently backpedaled, unconvincingly, and said he believed the US intelligence community. But the audience members didn’t seem convinced that Trump is “standing up” to Putin, cutting off Stewart and loudly laughing at him. Kaine, Hillary Clinton’s running mate in the 2016 presidential election, also let out a loud “Ha!” over the microphone.

It took another prudent audience member to settle down the rambunctious crowd. They clearly weren’t buying Stewart’s support of Trump’s actions, but it seems their allegiance was with neither candidate. The audience also booed when Kaine called Stewart a liar, according to PBS NewsHour’s Jenny Marder.

Stewart, who lost two statewide races in 2013 and 2017, is the chair of the Prince William County Board of Supervisors and a staunch Trump supporter. He recently caught flak for his “past associations” with white nationalist Jason Kessler and an anti-Semitic and racist candidate from Wisconsin.

There was a fairly uniform reaction when Trump sided with Russia and Putin over American intelligence agencies in Helsinki on July 16. Though Trump later said he “misspoke,” Republicans and Democrats alike have condemned the way Trump handled his meeting and press conference with Putin.

There is, however, a disparity along party lines. Democratic and independent voters overwhelmingly disapprove of Trump’s behavior — 83 percent and 53 percent, respectively — while 68 percent of Republicans approve and only 21 percent disapprove.

Partisan allegiances have less of an effect on Americans’ faith in the intelligence community. CBS News found that seven in 10 American voters believe the US intelligence agencies that concluded Russia interfered in the 2016 presidential election, and even a majority of Republican voters agreed. A similar poll by NBC News and the Wall Street Journal echoed these trends.

Despite these conclusions, Trump supporters seem to be in a category of their own. The New York Times’s Matt Flegenheimer found that theories as to why the president defended Putin are rampant among far-right and Trump-supporting circles. Some believe that Trump was “tougher in private.” Others say he is “cutting a mega-deal.” The question, then, remains: Will there ever be a straw that breaks the camel’s back? For Stewart, it certainly doesn’t seem so.