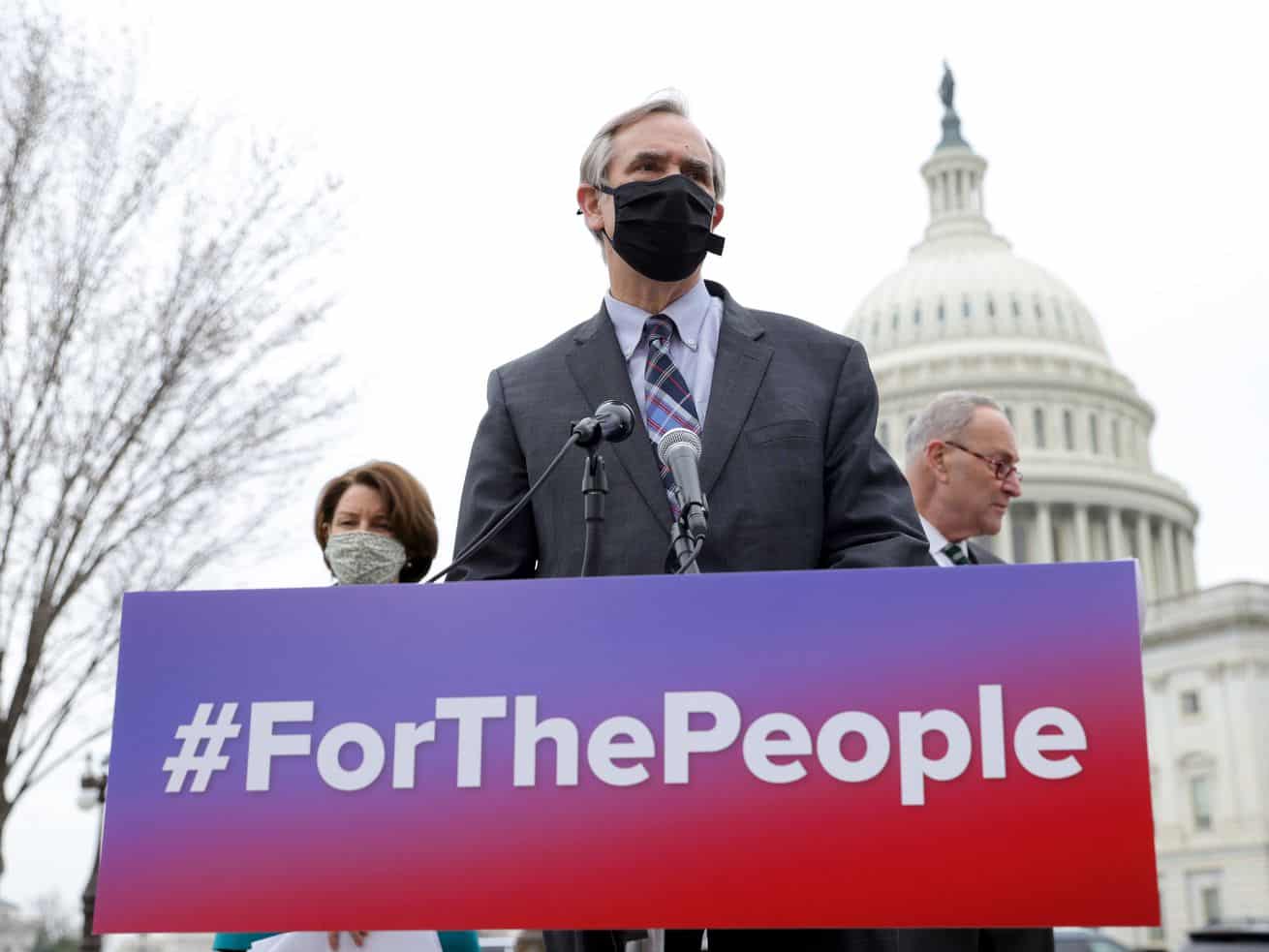 When partisan cues aren’t present, voters say they like many ideas in the For the People Act.

Back in March, the New Yorker’s Jane Mayer obtained a recording of an adviser to Mitch McConnell privately bemoaning, on a call with conservative group leaders, that Democrats’ big voting rights bill, the For the People Act, polled quite well. “When presented with a very neutral description” of it, “people were generally supportive,” the adviser said.

A new Data for Progress poll conducted as part of a partnership with Vox backs up that assessment. The poll surveyed 1138 likely voters nationally between April 16 to April 19, and it finds that much of what the 800-page bill claims to do is overwhelmingly popular.

More than 80 percent of respondents said they supported preventing foreign interference in elections, limiting the influence of money in politics, and modernizing election infrastructure to increase election security. More than 60 percent of respondents supported requiring nonpartisan redistricting commissions, a 15-day early voting period for all federal elections, same-day registration for all eligible voters, automatic voter registration for all eligible voters, and giving every voter the option to vote by mail.

There are, of course, a few caveats. The poll presented these questions without partisan cues about which party supports which proposal. Indeed, the one question that mentioned the parties — about whether Democrats should change Senate rules so they could pass redistricting reform without Republican support — was much more closely divided. (Forty-seven percent of respondents said they supported doing this, and 42 percent said they opposed it.)

The questions also didn’t spotlight Republicans’ preferred arguments — for instance, Republicans would stress concerns that same-day and automatic registration could allow ineligible people to vote, which would likely make some respondents more concerned about these proposals.

And other parts of the bill not asked about in this poll, like its limits to voter ID laws (it would allow voters without ID to submit a sworn statement vouching for their identity) and its creation of a public financing system to match small donations, may be more controversial. Voter ID requirements generally poll quite well and public financing often polls poorly.

The poll also asked about a competing redistricting reform proposal not currently in the For the People Act — setting proportional standards such that, if a party wins about half of votes in a state, it should win about half the seats. (I recently wrote about the debate among Democrats over this idea). This got less support than any of the other provisions above but still was backed by 51 percent of poll respondents, with 34 percent saying they opposed this.

In any case, Democrats’ problem when it comes to enacting the For the People Act isn’t the polls — it’s the Senate filibuster. The bill that already passed in a near party-line vote in the House will require a 60-vote supermajority to pass in the Senate. Since no Republican support appears to be in the offing, activists have argued that the Senate should change its rules to let the bill pass. But moderate Democratic senators don’t want to do this.

One key holdout, Joe Manchin, told me in a recent profile that he fears passing a major voting bill on party lines would only further divide the country. He argued that 20 to 25 percent of the public already doesn’t trust the system and that a party-line overhaul would “guarantee” that number would increase, leading to more “anarchy” like that at the Capitol on January 6. He added, “I just believe with all my heart and soul that’s what would happen, and I’m not going to be part of it.”

Unless he changes his mind, the For the People Act can’t pass the Senate.

Prominent evangelical leader on Khashoggi crisis: let’s not risk “$100 billion worth of arms sales”
Now you can get Beyond Meat and Impossible Burgers delivered right to your door
Trump acolyte Beth Van Duyne has won a close House race in Texas’s 24th District
Alex Padilla is sworn in as California’s first Latino senator
Social distancing and shutdowns have been astonishingly effective at blunting the pandemic
Fox News is using the coronavirus as just another cudgel to attack the libs