Republicans shamelessly take credit for Covid relief they voted against 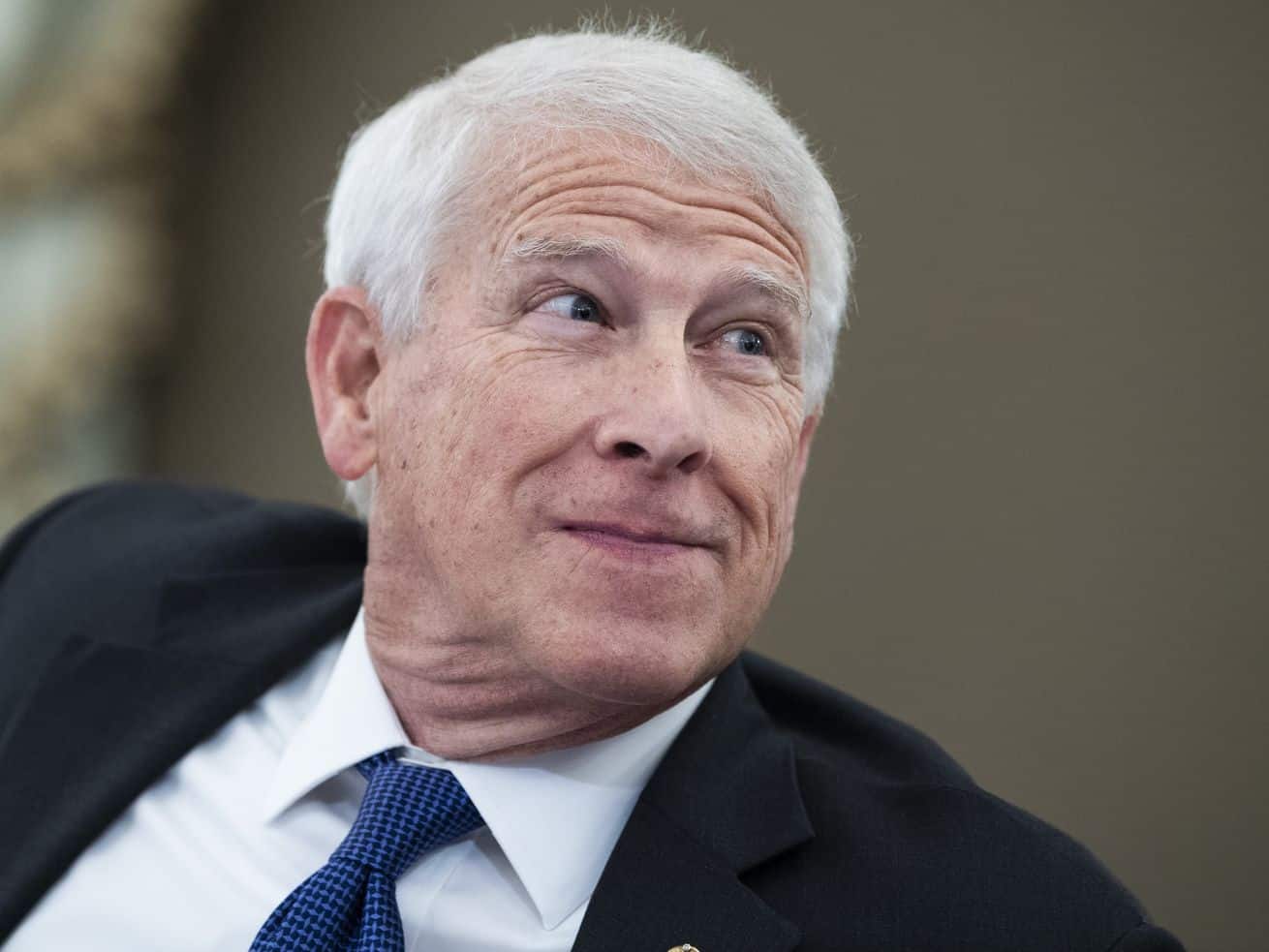 And it’s not going over well.

Two recent tweets from members of Congress illustrate how, in the wake of President Joe Biden signing the Covid-19 relief bill, Republicans are trying to “have their cake and vote against it, too,” as Barack Obama once put it.

That $1.9 trillion American Rescue Plan, which Biden signed into law last Thursday, didn’t receive a single Republican vote, even though recent polling shows a majority of Republican voters have said they somewhat or completely support it. The popularity of the legislation puts Republican members of Congress in a bind: How does one message against a bill that most Americans like, and that will cut child poverty in half, while also juicing an economy that’s been ravaged by the year-long pandemic?

Some Republicans, perhaps understandably, are instead opting to instead focus on culture war distractions like whether Dr. Seuss is being “canceled.” But others are shamelessly trying to take credit for Democratic policy right after they voted against it.

One example of this came last Friday, when Rep. María Elvira Salazar (R-FL) patted herself on the back for a decision made by Biden’s Small Business Administration to extend deferment periods for Covid-19 Economic Injury Disaster Loans (EIDL).

“BREAKING … So proud to announce that the Biden Administration has just implemented my bipartisan COVID relief bill as part of @SBAgov,” Salazar tweeted, linking to a statement on her website in which she’s quoted as saying, “I am so proud that my bipartisan legislation has officially become SBA policy.”

So proud to announce that the Biden Administration has just implemented my bipartisan COVID relief bill as part of @SBAgov policy!

The timing of the tweet, coming one day after the American Rescue Plan was signed, led many to believe the lawmaker was referring to the Covid-19 relief bill Salazar voted against — that bill contains $15 billion in EIDL funding. But the SBA decision she highlighted is actually distinct from the American Rescue Plan, as National Economic Council (NEC) Deputy Director Bharat Ramamurti explained on Twitter.

“I’ve seen some confusion on this,” Ramamurti wrote, referring to Salazar’s tweet. “On Friday — separate from the American Rescue bill — SBA announced it was letting 3M+ businesses defer EIDL loan payments for an extra year.”

“We’re glad to see bipartisan support for this and other changes we’ve made to help small businesses,” he added.

I’ve seen some confusion on this. On Friday — separate from the American Rescue bill — SBA announced it was letting 3M+ businesses defer EIDL loan payments for an extra year.

We’re glad to see bipartisan support for this and other changes we’ve made to help small businesses. https://t.co/OxVp0u2jfn

While it’s not correct to say that Salazar is trying to take credit for the Covid-19 relief bill, her claim that the Biden administration “implemented” her “bipartisan COVID relief bill” is false. The bill in question hasn’t come up for a vote in Congress, and it doesn’t appear that the SBA’s decision was inspired by it. An SBA press release announcing the deferment extension doesn’t mention Salazar.

Salazar on Sunday responded to criticism by trying to turn the tables, tweeting that her statement “has nothing to do with the $1.9T Blue State Bailout. It is a bipartisan policy I introduced separately that was adopted by SBA.”

But while Salazar played misleading semantic games on Twitter, the Democratic National Committee (DNC) announced it’s buying billboards in her district to highlight that she and other Florida Republicans voted against $1,400 relief checks — a part of the Democratic Covid-19 relief bill supported by more than 80 percent of Americans.

Sen. Wicker voted against his own amendment, then took credit for it passing

Even more egregious than Salazar’s tweet was one from Sen. Roger Wicker (R-MS) lauding the $28.6 billion in aid to restaurants included in the relief bill.

“Independent restaurant operators have won $28.6 billion worth of targeted relief,” Wicker tweeted on Wednesday. “This funding will ensure small businesses can survive the pandemic by helping to adapt their operations and keep their employees on the payroll.”

Independent restaurant operators have won $28.6 billion worth of targeted relief.

This funding will ensure small businesses can survive the pandemic by helping to adapt their operations and keep their employees on the payroll.https://t.co/Ob4pRb9Xh4

It’s true that Wicker pushed for restaurant relief — he and Sen. Kyrsten Sinema (D-AZ) proposed an amendment to the bill with the funding. But Wicker ultimately voted against his own amendment.

Wicker was roundly dragged for trying to have it both ways.

It is your duty as a patriotic American – on social and off – to vigorous drag Republicans taking credit for the relief they just voted against. Yes, their voters get the relief! They deserve it! Ask Roger Wicker (and all the others) why they didn’t vote for it? https://t.co/utjIwLuU5A

Speaking to reporters last Wednesday, Wicker dismissed a query about if he was trying to take credit for Democratic legislation as a “stupid question.”

“One good provision in a $1.9 trillion bill doesn’t mean I have to vote for the whole thing,” he said.

But voters don’t really appear to be buying Republican claims that while there are good parts of the bill, it was ultimately too large to warrant support. Recent polling from Vox and Data for Progress showed that twice as many voters preferred the path Democrats went down of passing a big relief bill quickly over a Republican option that was only one-third the size.

There’s precedent for Republicans trying to take credit for legislation they voted against. As Amanda Terkel detailed for HuffPost, they did the same thing for the 2009 stimulus that, like the 2021 one, passed without a single Republican vote:

A similar pattern happened after the 2009 stimulus, when GOP lawmakers who voted against President Barack Obama’s legislation then went back into their home districts and took credit for the money that flowed to their constituents. At the time, ThinkProgress counted 114 Republican lawmakers who blocked the bill while touting its benefits. They sent out press releases taking credit for money that funded projects in their district, even though they voted against it.

On Wednesday, Rep. John Yarmuth (D-KY), perhaps mindful of that precedent, said on the House floor that “what we are all concerned about on our side is that the Republicans are all going to vote against this, and then they’re going to show up at every ribbon cutting, and at every project funded out of this bill, and they’re going to pump up their chests and take credit for all of these great benefits that are coming to their citizens.”

The Covid-19 relief package Biden signed is even more popular than the 2009 stimulus. It also comes after many Republicans backed two Covid-19 relief bills while Donald Trump was president, as well as 2017 tax cuts that (coincidentally) were projected to add $1.9 trillion to the national debt while disproportionately benefiting the rich.

But now that Democrats control the White House and both chambers of Congress, Republicans are suddenly finding reasons to be against spending, though the legislation has some degree of support from a majority of Republican voters — and, in at least two cases, are pretending they actually supported the parts that benefit their constituents, even when they voted against them.