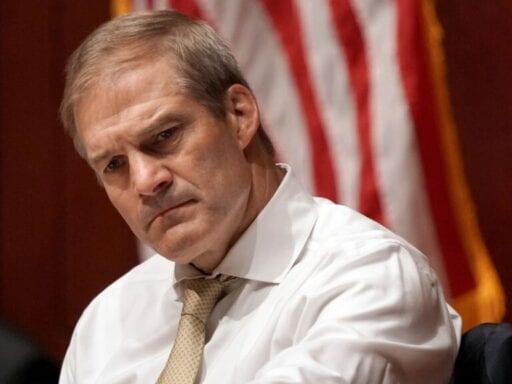 Wednesday’s House Judiciary Committee hearing was Congress’s first big forum for discussing the killing of George Floyd, the nationwide protests it sparked, and the country’s problems with police brutality and racism. It was also apparently, in some Republicans’ view, a chance to try to redirect the conversation to some both sides-isms.

About midway through the question-and-answer period of the hearing — which was about a Democratic bill proposing several key policing reforms, including a ban on using chokeholds and creating a national database of officers who are fired for misconduct — Rep. Martha Roby (R-AL) asked George Floyd’s brother Philonise Floyd a question. She asked him to speak about the pain he’s felt over the past two weeks since his brother was killed after a Minneapolis, Minnesota, officer pinned him by the neck with his knee for several minutes, and what he hoped to see from Congress.

In his response, Floyd made a very simple, moving statement: that black lives matter because “all life is precious.” But some Republicans on the committee took that phrase as an opportunity to “both sides” the issue.

Immediately after Floyd’s heartfelt message, another committee member called on Republican witness Angela Underwood Jacobs, whose brother was a member of the Federal Protective Service and was killed while guarding a courthouse in Oakland, California, during recent unrest over Floyd’s death.

“The heartbreak and the grief is hard to articulate when your entire world has been turned upside down,” said Jacobs. “I do want to know, though, when I think about all of this is that, my brother wore a uniform and he wore that uniform proudly — I’m wondering where is the outrage for a fallen officer that also happens to be African American?”

The moment seemed designed to create a “both sides” situation, redirecting the conversation away from those harmed by police. Jacobs did go on to implore the Congress members there to find a solution to this issue, but the seeds were sown in that moment for some Republican lawmakers.

Amid discussion of specific policy proposals and their various merits and shortcomings, several Republican lawmakers instead took stands against concepts like “abolish the police” or “defund the police.” (The bill that prompted the hearing included neither.)

Other GOP members of the committee seemed committed to equating black lives and police lives.

Shortly after the moment with Floyd’s brother and Jacobs’s story, ranking member Rep. Jim Jordan (R-OH) seized on the “both sides” narrative in an exchange with Republican witness and Fox News contributor Dan Bongino during his round of questioning.

Asking Bongino if he felt he was protecting life when he put on his NYPD uniform or was protecting presidents in the Secret Service, Jordan deftly flipped the narrative. “When you protected that life, you actually risked your life, is that accurate?” Jordan asked; Bongino responded affirmatively. “And officers do that every day, don’t they?” replied Jordan.

From there, Jordan said that the idea of abolishing or defunding the police is inconsistent with the statement “all life is precious,” even though the bill in question wasn’t proposing either of those things.

The unsaid assumption underlying some Republicans’ arguments during the hearing was that police are the only thing standing up to a perceived menace — one presented by the black communities and other communities of color whose suffering at the hands of law enforcement other witnesses pointed out. Still, little moments seemed to expose this assumption. In his opening statement, Bongino had called on Congress to “commit to police accountability, without shredding the thin wall between civilization and chaos.”

Eventually, Rep. Val Demings (D-FL) said that police violence isn’t an “us versus them” issue.