Republicans will hold their 2020 convention in Charlotte 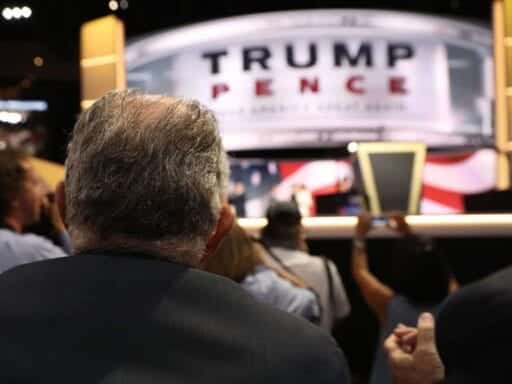 After strident objections from City Council members and activists, the city of Charlotte narrowly decided to allow the convention to come to town earlier this week.

On Monday, the Charlotte City Council narrowly voted to accept the RNC’s bid to hold the 2020 convention in the city, despite concerns that it would seem like an endorsement of Trump and cost taxpayers money for security. Five of the city’s 11-person Democratic-controlled City Council voted against the deal, falling one vote short of stopping the RNC proposal from coming to Charlotte.

The RNC finalized its decision to host the convention in Charlotte on Friday at its summer meeting in Austin, Texas; Charlotte was its top choice. The RNC was reportedly also considering bids in Kansas City and Nashville and had been in talks with multiple cities, according to the Wall Street Journal.

The RNC did not respond to Vox’s request for comment.

Charlotte, which hosted the Democratic National Convention for President Barack Obama in 2012 and has long been known as one of the nation’s largest financial centers, has increasingly become a bastion of liberalism in the South. Its near-rejection of the RNC’s bid is yet another show of Democratic-led cities trying to push back against Trump and his policies.

The RNC’s bid received a lot of backlash from progressive and Democratic activist groups, including the Democratic Women of Mecklenburg County and the Young Democrats of North Carolina, which called on council members to vote against finalizing the deal with the RNC. More than 160 people spoke at a special City Council meeting Monday afternoon ahead of the vote on the final RNC bid.

“This is about Donald Trump and his ilk,” Ray McKinnon, a local pastor and member of the advocacy group New South Progressives, said. “We believe accepting him and inviting him into our city will be another way to normalize his racist, bigoted, xenophobic agenda.”

The city’s economy and population have grown and diversified quickly over the past decade — especially after the economic collapse in 2008 — and the city has been known to butt heads with a more conservative state legislature in North Carolina over everything from transportation funding to LGBTQ rights.

In 2016, for example, Charlotte became a battleground for transgender rights, after the state’s legislature — then led by a Republican governor — overturned Charlotte’s nondiscrimination law allowing people to use the bathroom that aligns with their gender identity. The push received a massive backlash: Major companies like PayPal and Deutsche Bank pulled back job-creating expansions; the NBA, the NCAA, and musicians like Bruce Springsteen all canceled events and concerts. The state’s “bathroom bill” was finally repealed in 2017, after the election of a Democratic governor.

But Charlotte’s new mayor has tried to mend ties with Republican leaders in North Carolina, has supported bringing the RNC to the city, and has met with Republican Sen. Thom Tillis. McKinnon said some council members have expressed concern that the state’s legislature would retaliate against the city for rejecting the RNC bid as well.

In the end, the national Republican Party narrowly secured its favored convention spot in 2020.