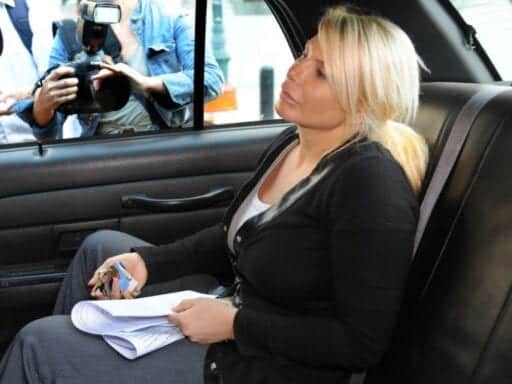 Special counsel Robert Mueller reportedly wants to question Kristin Davis, the “Manhattan Madam” who ran a high-end prostitution ring in New York City. She is also a close associate of political trickster and Trump associate Roger Stone — likely the reason she’s the latest person Mueller would like to question in the ongoing Russia probe.

Davis confirmed to the Washington Post that the Mueller team had reached out to her attorney Daniel Hochheiser about questioning her. But she hasn’t yet been formally subpoenaed, Hochheiser told CNN.

Mueller has been circling Stone, digging into his interactions with the hacker known as Guccifer 2.0, whom the special counsel identified as a member of Russian intelligence in last Friday’s indictment of 12 Russian spies. Stone was not named in the indictment or charged with anything, but Stone conceded he was the “US person” mentioned in the indictment. (Beyond his chats with Guccifer 2.0, Stone also communicated with Wikileaks.)

Mueller has also sought to question a number of Stone’s associates, Davis being the latest to fall into the special counsel’s crosshairs.

“Roger’s one of my best friends,” Davis told the Washington Post. “I have nothing bad to say about him.” She added that “in terms of Russian collusion I know nothing.”

Davis was a minor character in the prostitution scandal that brought down then-New York governor Eliot Spitzer in 2008. (Davis said Spitzer was one of her clients.) She ran for governor of New York in 2010 on the Anti-Prohibition Party ticket (not a joke) and, of course, did not win. But Stone advised her campaign, and an another associate of Stone’s — Andrew Miller — served as her campaign manager. Miller has already been subpoenaed by Mueller, though he’s fighting it.

According to the Washington Post, Davis is one of Stone’s closest confidantes, and CNN reports that Stone is godfather to Davis’s son, which is likely why she’s about to swept up in Mueller’s latest line of investigation.

Stone, at least, definitely thinks Mueller’s interest is probably about him. “I cannot imagine anything other than that question,” Stone told CNN on Friday. “She has been associate of mine for over 10 years. She is someone I have great affection for.”

“Good taste” is all about class anxiety
How billionaire philanthropy provides reproductive health care when politicians won’t
I was sent to be treated for Covid-19 at the Javits Center. Here’s what it’s like.
Who has died from Covid-19 in the US?
The tech sector is finally delivering on its promise
Dominance and reputation: How Trump thinks about Iran