Russia just won the first point in the Trump-Putin meeting 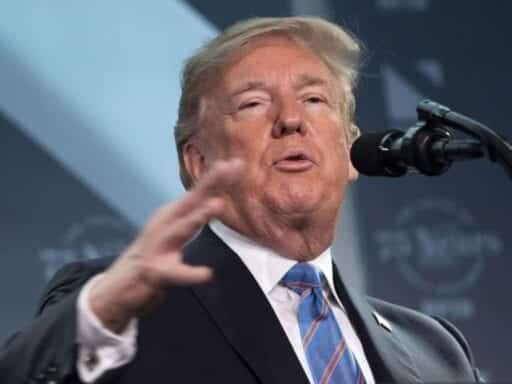 Trump blamed the US for its bad ties to Russia. Russia agreed.

Russia may have already won the first point in the historic summit between US President Donald Trump and Russian President Vladimir Putin — before the two leaders even shook hands.

About four hours before the meeting in Helsinki was set to begin on Monday, Trump tweeted that “Our relationship with Russia has NEVER been worse thanks to many years of U.S. foolishness and stupidity and now, the Rigged Witch Hunt!” — referring to special counsel Robert Mueller’s probe into possible Trump campaign collusion during the 2016 presidential election.

The main point of his message was clear: America is to blame for bad Washington-Moscow relations, not the Kremlin. And 40 minutes before the meeting, Russia’s Ministry of Foreign Affairs responded to Trump’s tweet with two words: “We agree.”

That’s stunning. Trump and Russia are now — very publicly — on the same page about why they believe ties between the two countries are so poor. That could serve as a huge propaganda win for Russia, which has spent decades bashing the US for Moscow’s economic and political problems.

Trump could, of course, have blamed some of Moscow’s transgressions on the country, much of which occurred under Putin. Here’s just a quick list:

There’s more, but you get the idea.

Experts from all over the political spectrum denounced Trump’s comments Monday morning. Trump may not mind that, though, since he’s got Russia on his side.

A former Republican could win the Kansas Senate race for the Democrats
The Vox guide to navigating the coronavirus crisis
Love — and sex — in the time of coronavirus
Beyond family separation: Trump’s ongoing war on asylum, explained
Why Ta-Nehisi Coates is hopeful
With “Kill This Love,” K-pop queens Blackpink have made YouTube and iTunes history