S-Town, the controversial hit podcast, is being sued for exploitation 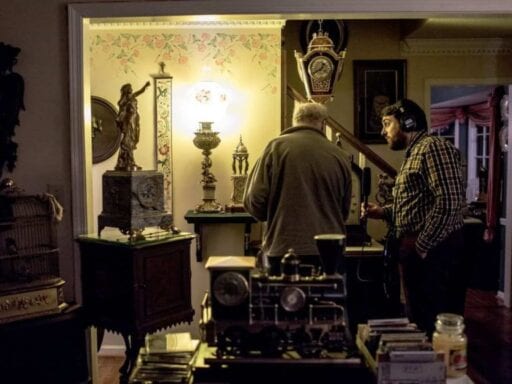 The lawsuit claims S-Town failed to secure John McLemore’s consent before airing his private life to the world.

One of the most popular podcasts in the history of the medium has found itself at the center of a privacy lawsuit that could add more fuel to the ongoing cultural conversation about how much, and in what context, it’s acceptable to turn private citizens into public figures without their consent.

S-Town, which chronicled the life and death of an enigmatic, eccentric Alabama man named John B. McLemore, has been downloaded nearly 80 million times since its release in March 2017. It’s a deeply provocative and genre-elevating series that explores the intersection of geopolitical issues and individual identity in the life of one man. But it also raises questions about privacy invasion, consent, and at what point good storytelling crosses a line into exploitative journalism.

Because McLemore died in 2015, two years before S-Town was released, he never learned how many people would be moved by his story — or have a voice in the controversy surrounding his role in the podcast. And now his estate is suing the podcast for profiting off his identity without his consent.

More specifically, the estate — which includes McLemore’s mother — is claiming that S-Town did not have its subject’s permission to use his identity in marketing the podcast, or to explore many aspects of his personal life.

The issues of privacy invasion and journalistic ethics cited in the suit were an integral part of the debate around S-Town when it was released in March 2017 — especially given the unexpected way in which McLemore became the subject of the story.

In 2012, McLemore had invited journalist and This American Life producer Brian Reed to his small hometown of Woodstock, Alabama, to solve what McLemore believed was a murder mystery and ensuing cover-up. Though it proved to be an empty rumor, Reed was intrigued by McLemore, and recorded many hours of on-the-record footage of McLemore serving as a tour guide to what McLemore called “Shit-Town.”

After McLemore’s suicide in 2015, Reed returned to Woodstock to turn McLemore’s original invitation to investigate a possible murder into an exploration of the man’s life. The resulting series comprised seven episodes’ worth of intimate details about McLemore’s past, his friendships, his sexuality, and his struggles with mental illness.

The Guardian called S-Town voyeuristic and “morally indefensible,” while Jessica Goudeau argued in the Atlantic that the artistic achievement of S-Town, impressive though it was, might not have been worth its exploitation of McLemore’s personal pain and lived experiences.

Meanwhile, the podcast didn’t really clarify for listeners how much consent McLemore actually gave Reed to tell his story — a fact that is not lost on McLemore’s estate.

“The podcast itself acknowledges,” reads the lawsuit, “that McLemore did not wish certain information conveyed to Reed [to] be publicly known, particularly with respect to McLemore’s sexual orientation.” The suit goes on to cite the podcast’s decision to publicize “the intimate details of his sexual orientation and experiences, depressed thoughts, suicidal ideations, financial affairs, physical and mental health issues, and his interpersonal relationships with friends, family members, and sexual partners.”

In the sixth episode of S-Town, Reed openly violates his ethical code as a journalist by publicizing details of McLemore’s life that McLemore had asked to remain off the record — specifically, one detail connected to his identity as a semi-closeted queer man in a small Southern town. The podcast also dives deep into major hidden elements of McLemore’s life, treating many of them as dramatic plot reveals.

In the episode, Reed defends his choice to air off-the-record information about McLemore and the alleged identity of another closeted, married man who still lives in Woodstock. Reed cites three reasons: First, he’s had on-the-record corroboration from other people about the substance of McLemore’s off-the-record comments. Second, he feels that the information McLemore shared led to a greater understanding of who he was, “and I think trying to understand another person is a worthwhile thing to do.” And third, since McLemore is an atheist, he doesn’t believe in afterlife repercussions, so according to his own belief, he’s dead and buried and can’t be hurt by any of this information.

But while all that might make for good drama, it’s on shakier ground morally as well as legally. “None of these ‘mysteries’ are matters of legitimate public concern,” the lawsuit notes, “nor were these matters that McLemore contacted Reed to investigate or write about.”

The question of consent was crucial; as the Atlantic’s Goudeau noted: “It’s possible, of course, that no pain was caused by S-Town — that everyone was perfectly fine and happily signed off on the revealing nature of the podcast.”

However, a press release from McLemore’s estate claims that the podcast failed to get any kind of written consent from McLemore before embarking on its deep dive into his life. If the estate’s allegations are accurate, the podcast could be in violation of a right of publicity law enacted by the state of Alabama in 2015 that explicitly entitles an individual to protect against the exploitation of their likeness or identity for up to 55 years after their death.

The estate’s lawsuit alleges that S-Town violated McLemore’s right of publicity by failing to secure his consent to the use of his identity or the airing of his private life, and seeks compensatory relief and an injunction preventing the podcast from further profiting off McLemore’s identity.

S-Town, for its part, is standing by its reporting.

“I won’t comment on pending litigation other than to say that this lawsuit lacks merit,” S-Town’s executive producer Julie Snyder told Vox. “S-Town is produced consistent with the highest journalistic standards, and we intend to defend against this lawsuit aggressively.”

McLemore might not have known how the story of his life would play out after his death. But it seems clear that the conversation around him — and around the ethics of sharing his story with the rest of us — isn’t over yet.