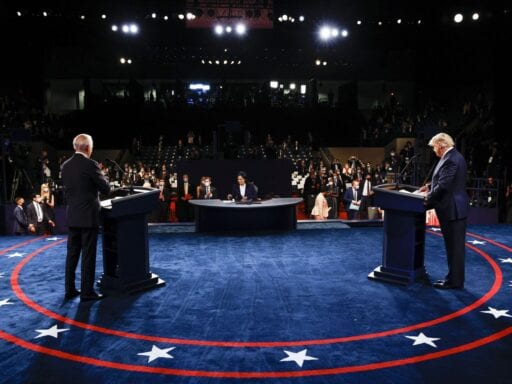 The former Vox reporter returns to The Ezra Klein Show to wonk out on the 2020 health care stakes.

There are few issues on which the stakes in this election are quite as stark as on health care. Democratic presidential nominee Joe Biden plans to pass (and Democrats largely support) a massive health care expansion that could result in 25 million additional individuals gaining health insurance. The Trump administration is pushing to get the Supreme Court to kill the Affordable Care Act, which would strip at least 20 million Americans of health care coverage.

There’s no one I’d rather have on The Ezra Klein Show to discuss these issues than Sarah Kliff. Kliff is an investigative reporter for the New York Times focusing on health care policy, and my former colleague at the Washington Post and Vox where we co-hosted The Weeds alongside Matt Yglesias. She’s one of the clearest, most incisive health care policy analysts in media today and a longtime friend, which made this conversation a pleasure. We discuss:

My conversation with Kliff can be heard on The Ezra Klein Show.

The Healing of America by T.R. Reid

And the Band Played On by Randy Shilts

I Want My Hat Back by Jon Klassen