Sarah Silverman addressed the Louis C.K. stuff in a new interview. It got weird. 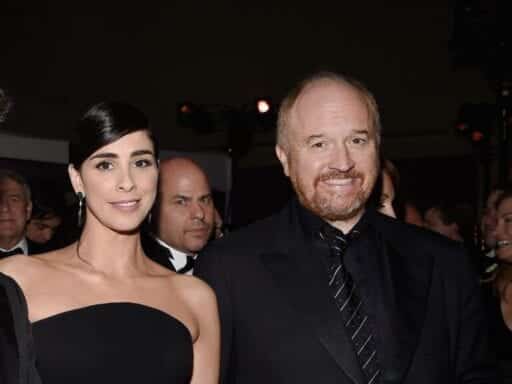 On Monday, C.K.’s longtime friend and frequent collaborator Sarah Silverman told Howard Stern that C.K. had masturbated in front of her consensually, in an interview that seemed to raise more questions than it answered.

Further, it’s not at all surprising that a sexual abuser might have also engaged in consensual sex acts in his life. Most sexual abusers have. So to some, Silverman seemed to be suggesting that because C.K. consensually engaged in a sex act with her, it’s not such a big deal that he didn’t have consent from other women.

Among those taking exception to Silverman’s interview was the comedian Rebecca Corry, who was one of the first women to go on the record with accusations against C.K., and who has written extensively about the negative fallout she’s experienced since coming forward.

“To be real clear, CK had ‘nothing to offer me’ as I too was his equal on the set the day he decided to sexually harrass me,” Corry tweeted. “He took away a day I worked years for and still has no remorse. He’s a predator who victimized women for decades and lied about it.”

Silverman immediately apologized for her statements via Twitter, writing, “Rebecca I’m sorry. Ugh this is why I don’t like weighing in. I can’t seem to do press 4 my show w/out being asked about it. You’re right — you were equals and he fucked with you and it’s not ok. I’m sorry, friend. You are so talented and so kind.”

Corry accepted Silverman’s apology, but her reply nodded to the harassment she’s experienced since going public with her C.K. story.

“Thank you. I know exactly how you feel,” she wrote. “I can’t seem to live my life without getting rape & death threats, harassed & called a cunt regularly for simply telling the truth. I’m sorry your friend created this situation. We deserve to do our art without having to deal with this shit.”

While Silverman and Corry face harassment for their statements, C.K. soldiers on with his comeback

The exchange between Corry and Silverman comes just weeks after C.K. began his march back into the public eye with two surprise sets at New York’s legendary Comedy Cellar in August and September. While both Silverman and Corry have experienced extensive pushback for making their statements in public, it’s been widely reported that C.K. got through both his sets without facing any heckling and was largely met with warm, enthusiastic applause from his audience.

The backlash came later, after the sets were reported in the press. C.K.’s surprise appearances were especially notable for being a surprise: He used his clout in the comedy world to put himself in front of an audience that had no prior warning that he would be appearing and thus could not consent or decline to attend his performance. Essentially, he replicated the power dynamics that made his sexual harassment so harmful in the first place.

And while both Silverman and Corry have found themselves pushed to discuss C.K. at length in public, C.K. himself did not mention the reasons for his nine months of absence during his Comedy Cellar sets. When he did bring it up in public, during a later set at the West Side Comedy Club in October, the conversation was entirely on his terms — he had the mic, after all — and he didn’t mention his victims. Instead, he focused on how he had been hurt and what he had lost, reportedly joking that he’d been to hell and back over the past year. “I lost $35 million in an hour,” he said.

It’s a disparity that suggests yet again that while we give powerful men endless opportunities for second chances and redemption, we save our true outrage and vitriol for both the women who accused them and the women who are working to clean up their messes.

Facebook is taking down some, but not all, quarantine protest event pages
Facebook still won’t take down politicians’ misleading posts, but it’s trying to register 4 million ...
The new Supreme Court term starts next week. Expect fireworks on LGBTQ rights, guns, and immigration...
YouTube has a pedophilia problem, and its advertisers are jumping ship
Trump just commuted Roger Stone’s sentence
What Biden’s acting FCC chair says about his vision for the agency