Scarlett Johansson backs out of playing a transgender man after backlash 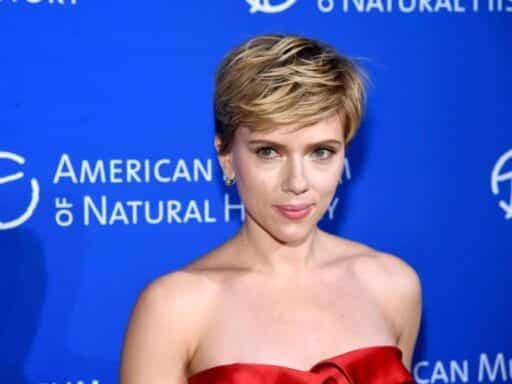 In response to criticism that her casting erased trans actors, Johansson stated, “I believe that all artists should be considered equally and fairly.”

When actress Scarlett Johansson faced backlash over her casting as transgender man Dante “Tex” Gill in the upcoming film Rub & Tug, her initial defensive reaction was to cite Jeffrey Tambor, Jared Leto, and Felicity Huffman as precedent — and an excuse — for cisgender actors playing transgender parts. Since then, however, it seems that she has reconsidered her stance, as she has withdrawn from the film.

“In light of recent ethical questions raised surrounding my casting as Dante Tex Gill, I have decided to respectfully withdraw my participation in the project,” Johansson said in a statement to Out magazine. “Our cultural understanding of transgender people continues to advance, and I’ve learned a lot from the community since making my first statement about my casting and realize it was insensitive. I have great admiration and love for the trans community and am grateful that the conversation regarding inclusivity in Hollywood continues.”

In her statement, she also cited GLAAD statistics indicating a 40 percent drop in representation of LGBTQ+ characters in 2017 from the previous year, and the lack of transgender characters in any major studio release. The issue of lack of representation was a large part of the backlash against the film, as transgender actors and activists argued that trans parts ought to be played by trans actors, and that opportunities for trans actors to play nontrans parts were nonexistent.

Actors who are trans never even get to audition FOR ANYTHING OTHER THAN ROLES OF TRANS CHARACTERS. THATS THE REAL ISSUE. WE CANT EVEN GET IN THE ROOM. Cast actors WHO ARE TRANS as NON TRANS CHARACTERS. I DARE YOU #RupertSanders @NewRegency #ScarlettJohansson https://t.co/RkrW8MeGcG

This argument in particular seems to be at the heart of Johansson’s reversal. Her statement continues, “While I would have loved the opportunity to bring Dante’s story and transition to life, I understand why many feel he should be portrayed by a transgender person, and I am thankful that this casting debate, albeit controversial, has sparked a larger conversation about diversity and representation in film. I believe that all artists should be considered equally and fairly.”

Rupert Sanders, Johansson’s director on last year’s Ghost in the Shell — itself the nexus of a casting controversy — is still attached to direct the film.

US tops world in coronavirus cases, Boris Johnson has Covid-19: Friday’s coronavirus news
America’s uniquely bad Covid-19 epidemic, explained in 18 maps and charts
Why tigers get coronavirus but your dog will be fine
Every New Hampshire primary race you need to know about, briefly explained
How Robert Pattinson transformed into a salty lighthouse keeper for his new movie
Trump impeachment inquiry begins after allegations about Trump and Ukraine