Scientists are identifying potential treatments for coronavirus via artificial intelligence 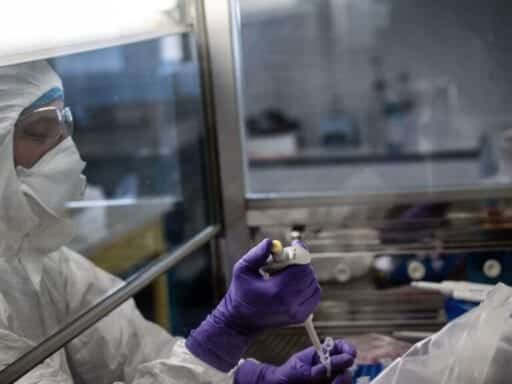 Researchers used AI to mine through existing medical information to find drugs that they say might be helpful for tackling the novel coronavirus.

To battle the novel coronavirus that’s been linked to Wuhan, China, researchers are using artificial intelligence to discover potential treatments, including already-approved drugs and completely new compounds. At the same time, the pneumonia-like illness has only gotten worse. As of Friday morning, the 2019-nCoV coronavirus had taken the lives of more than 600 people and infected more than 30,000, with cases documented in at least 25 countries.

Researchers at the British artificial intelligence startup Benevolent AI say they used the tech to search for existing approved drugs that might be helpful in limiting the virus’s infection. Another set of scientists affiliated with Deargen, a drug discovery company based in South Korea, say that they used deep learning to find various available antiviral drugs that could be investigated as a potential treatment (that research has not yet been peer-reviewed). Meanwhile, a Maryland-based biotech company, Insilico, said it used AI to come up with new molecules that could serve as potential medications, and it will now synthesize and test 100 of the compounds, according to Fortune.

Here’s how Benevolent described its work: The company’s researchers wanted to find an already-approved drug that could block the infection process. So they sent their AI looking for drugs, based on chemical properties that they knew the coronavirus to have, through a repository of an enormous amount of medical data, including scientific literature.

The system churned out a number of options, which were then whittled down to identify an already-approved drug called Baricitinib, which is typically used to treat moderate and severe rheumatoid arthritis. Now the researchers suggest it could be trialed as a potential treatment. Ivan Griffin, Benevolent’s co-founder, told Recode that while the company hasn’t applied for the right to test the drug in China, it has reached out to manufacturers that already produce the drug. It’s unclear how long it might take before a properly tested drug reaches patients.

Griffin emphasizes that his company’s research was conducted in a time frame that would have been “impossible to replicate” without Benevolent’s curated and wide variety of datasets and artificial intelligence. Still, that AI identified this drug is no guarantee that it’ll actually work. Benevolent also cautions that its research should not be taken as medical advice, and that its work should only be taken “in good faith and to assist in the global response.”

Baricitinib is by no means the only treatment scientists have suggested, and researchers in China have applied to test at least 10 medications as a potential treatments, according to the Wall Street Journal, though none has yet been approved. Keep in mind that misinterpretations of the science about coronaviruses have exacerbated misinformation related to the novel Wuhan strain. (You can read more here about coronavirus-related misinformation.)

The application of AI to the fight against the novel coronavirus comes as the role of the technology in health care expands. In fact, AI already helped epidemiologists flag early reports of the Wuhan coronavirus, as Recode reported last week. Ultimately, the hope is that the technology could make delivering health care more efficient. But the use of artificial intelligence in health care also creates new challenges, like algorithmic bias, and raises new questions for drug regulators.

Still, pharmaceutical giants are hoping that investment in the tech will give them a leg up in the lucrative drug discovery market. Benevolent is already working with Novartis and AstraZeneca. Identifying a potential new treatment can be a long and expensive process that AI, they hope, can expedite.

Some have pointed out that there’s no guarantee that the “discoveries” AI makes will be particularly new. As Derek Lowe, a researcher at Novartis who writes about drug discovery, argued to Chemical & Engineering News, Benevolent’s findings were “more a testimony to good literature searching and curation.”

But in an email to Recode, Griffin emphasizes that AI still provides an important advantage: The technology can “help our scientists uncover relationships between diseases and symptoms, drugs and their effect, the patients who might respond to treatment.” The technology, he argues, allows us to gain insights that, due to “the overwhelming volume of biomedical information,” we otherwise would miss.

And when facing a life-threatening outbreak like the one we’re seeing with the novel coronavirus, it’s possible that just saving scientists some time could potentially make a world of difference.