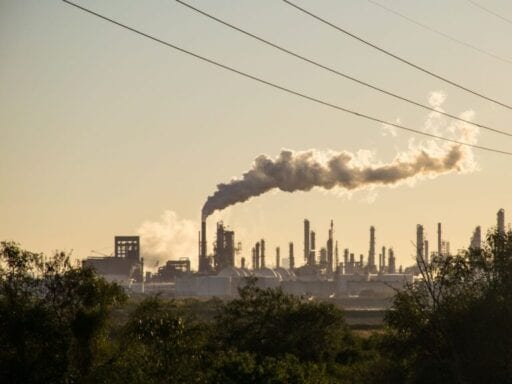 There’s a range of possibilities for how much the earth will warm. A new study narrows the likely window by the largest margin in decades.

The basic mechanics of climate change are simple: Carbon dioxide in the atmosphere traps heat. More carbon dioxide means more heat is trapped across the Earth, causing it to warm up.

But scaled up over the entire planet, these physical processes interact in a myriad of complex and sometimes unexpected ways. The Arctic reflects sunlight back into space. Clouds in some circumstances trap heat, and in others, they cool the region beneath them. Forests store a big chunk of carbon, but they’re being burned, cut down, and dying off from warming. The ocean soaks up a huge amount of heat and carbon dioxide, but it can’t absorb it forever. And these effects are not all linear; some may taper off as the planet heats up while others may suddenly accelerate.

That’s why scientists for decades have struggled to answer the basic question of how much the earth will eventually warm up for a given amount of carbon dioxide in the atmosphere.

The term for this parameter is equilibrium climate sensitivity. The classic way of framing it is asking what happens if we double the amount of carbon dioxide in the atmosphere compared to levels prior to the industrial revolution. Back in the 1800s, it was about 280 parts per million. Today, it’s about 413 ppm. Some estimate it could reach 560 ppm as soon as 2050 without major mitigation steps.

A team of 25 scientists from around the world recently took a stab at answering the question of how sensitive the Earth’s climate is to carbon dioxide and came up with range of possibilities. Their results, published July 22 in Reviews of Geophysics, showed that the planet would most likely warm on average between 4.7 degrees Fahrenheit and 7 degrees Fahrenheit (2.6 degrees Celsius and 3.9 degrees Celsius) if atmospheric carbon dioxide were to double.

This is still a wide span, but it’s much smaller than prior estimated range of 2.7 and 9.1 degrees Fahrenheit (1.5 and 4.5 degrees Celsius) that had been the reigning benchmark for decades.

The new, narrower estimate for climate sensitivity has huge implications, not just for climate science, but for how humanity prepares for a warming world. It shows that the worst-case-scenario is not as dire as previously thought, but also that the best possibilities are still quite grim. In particular, it means that it will be almost impossible to hit the main target of the Paris climate agreement, limiting warming to less than 2 degrees Celsius (3.6 degrees Fahrenheit) this century, by chance; it will require aggressive action to reduce emissions with even less margin for delay.

In 1979, the National Research Council put together a report looking at the ways increasing carbon dioxide emissions would impact the world. The researchers behind the report understood even then that it would be a complicated task.

“In order to address this question in its entirety, one would have to peer into the world of our grandchildren, the world of the 21st century,” they wrote. “A complete assessment of all the issues will be a long and difficult task.”

It was this report that came up with the climate sensitivity range between 2.7 and 9.1 degrees Fahrenheit (1.5 and 4.5 degrees Celsius). Now that we’re in the 21st century, how much has our understanding of climate science improved?

On many fronts, the gains in climate science have been vast and substantial. New measurements from ice cores, satellite monitoring, and sophisticated computer models have yielded new insights in the the climate of the past, present, and future. Scientists are even getting close to being able to see carbon dioxide emissions in real time.

“There have been a number of research studies over the years that have looked at the climate sensitivity range,” said Donald Wuebbles, a professor of atmospheric sciences at the University of Illinois and an author of the 2014 IPCC report who was not involved in the new paper, in an email. “The best of those studies had not been able to reduce this sensitivity from the range much differently than the traditional range of 1.5-4.5 C.”

Such a wide range for climate sensitivity makes it much harder to plan for the future, from how much oceans will rise, to where we can grow crops best, to what places will become too hot to inhabit.

So a new smaller climate sensitivity range is significant. Since it’s a foundational parameter of climate models, it can yield a more precise range for what to expect as the world continues warming.

Then how did this team of researchers chip away at a problem that has vexed climate scientists for more than 40 years?

It wasn’t any one finding in particular. Rather, the team took the colossal body of research that has built up in the intervening decades to create their sensitivity estimate. They drew on paleoclimate records dating back 3 million years, observational temperature records over the last 150 years, and a new generation of climate models.

“The single biggest factor was the ability to combine estimates from these three independent lines of evidence,” explained Zeke Hausfather, director of climate and energy at the Breakthrough Institute and a coauthor of the new paper.

Baked into these lines of evidence is a better understanding of underlying phenomena like how albedo — the reflectiveness of the earth’s surface — changes as the air warms, how aerosols form and reflect sunlight, and how natural variability in the climate factors in.

Hausfather added that in recent years, scientists have gained to insight into feedback loops in the climate that can enhance warming. That means that over time, greenhouse gas emissions will pack a bigger punch for the climate.

“We’d expect a bit more warming, all things being equal, in the future from emissions than we have today,” he said.

The resulting estimate of climate sensitivity — 4.7 degrees to 7 degrees Fahrenheit (2.6 degrees Celsius and 3.9 degrees Celsius) — may seem small, but it represents a drastic shift from the world as we know it today. In an editorial in the Hill, Hausfather pointed out that during the last ice age 20,000 years ago, the planet was on average 9 degrees Fahrenheit (5 degrees Celsius) cooler than today. That led to so much ice across the planet that global sea levels were 300 feet lower than they are today.

It’s also important to remember that the climate is already changing, providing some real-world results for how the climate system responds to carbon dioxide. The world has warmed more than 1 degree Celsius since the dawn of the Industrial Revolution. Sea levels have risen more than 8 inches since 1880, and the rate is accelerating.

Even if humanity were to halt emissions now, there is still inertia in the climate system and the planet would likely continue warming by a certain amount.

And while much of climate discussions center on changes in average temperatures, those shifted averages obscure the fact that there can be drastic increases in the extremes. Scientists have found signals of human caused emissions in the growing intensity of hurricanes, the frequency of heat waves, and the drying of some forests, a key ingredient in wildfires.

Could scientists narrow the boundaries of climate sensitivity even more?

“It’s difficult,” Wuebbels said. “I would expect though that after another decade (or so) of climate changes and the observations of climate relevant processes that the range should be able to be reduced further.”

However, the world can’t wait another decade for better information to act, and Ploy Pattanun Achakulwisut, a climate scientist at the Stockholm Environment Institute, said the new findings are a call to action.

“This study is an important milestone for the climate science community, and only serves to strengthen what the public and policymakers have known for decades: that we need to transition away from fossil fuels,” she wrote in an email. Achakulwisut added that the results emphasize the need for leaders to create policies to speed up the move toward low-carbon energy.

Human action remains the greatest uncertainty for the global climate

While the new climate sensitivity estimate gives the world a clearer vision of the future, it is a future that can still be altered by our actions.

Indeed, the biggest factor shaping the future of the climate, and the greatest source of uncertainty, is what humans will do about it in the coming years. Power plants, farms, aircraft, trucks, buildings, deforestation, and other human-sources collectively spew carbon dioxide into the air at a rate of 2.6 million pounds per second, making humans the dominant source of changes in the climate over the past 50 years. And that rate is accelerating: More than half of all human greenhouse gas emissions occurred in just the last 30 years.

The question is how long this will continue and when the curve of carbon dioxide emissions will bend. However, like climate sensitivity, there has been some narrowing of what to expect in recent years. Current human greenhouse gas emissions are now much less likely to follow the most pessimistic trajectory, which assumes unchecked growth of fossil fuel combustion and little to no efforts to limit climate change.

The dirtiest sources of energy are now declining, and some parts of the world are making progress to cut emissions while others have signed onto aggressive targets. But emissions are still rising, and limiting climate change demands cutting them drastically, and soon.

A 2018 report from the IPCC examined what people would have to do to meet the more aggressive target under the Paris climate agreement, limiting warming to less than 1.5 degrees Celsius. The report concluded that the world’s greenhouse gas emissions need to be half of where they are now by 2030, zero by 2050, and thereafter emissions would actually have to be removed from the atmosphere to stabilize the climate.

That goal is almost certainly out of reach. The emissions gap between where the world is and where it needs to be is only getting wider.

And now with the latest estimate of climate sensitivity, the low-end estimate of climate sensitivity has gone up, meaning there’s virtually no chance of staying below 2 degrees Celsius of warming if carbon dioxide concentrations reach 560 ppm. Even with the inherent uncertainties of these forecasts, these factors point toward a need for more concerted action to curb greenhouse gases.

“When it comes to climate, uncertainty is not our friend because the damages of climate change increase non-linearly,” Hausfather said. “Because there are some uncertainties we are never really going to be able to get rid of, it really suggests we need to be cautious about our emissions.”

The problem of dangerous levels of global warming can still be solved, but the easiest options are off the table, and the longer we wait, the harder it gets.

The Senate is desperate to avoid another government shutdown — but Trump isn’t
Australia is trying to figure out who’s sticking needles in strawberries
How UB40 and “Red Red Wine” became part of the Kavanaugh news cycle
Trump’s about to miss Tuesday’s court-ordered deadline to reunite young migrant kids with their pare...
These huge new wind turbines are a marvel. They’re also the future.
Democrats have finally struck a deal with the White House on a coronavirus package

The Trump administration is still trying to end the census early, despite a court order