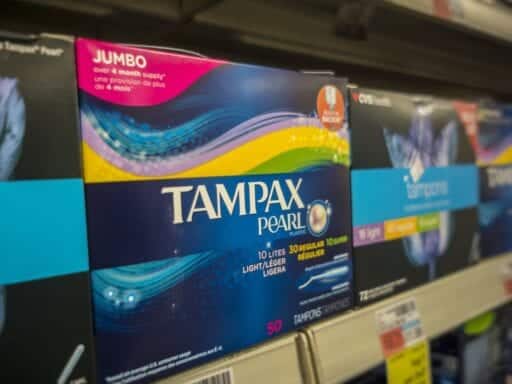 Scotland’s Parliament has passed a bill to provide free menstrual products to everyone who needs them.

Scotland has taken a big step toward becoming the first country in the world to end “period poverty”— the lack of access to menstrual hygiene products like pads and tampons due to financial hardship.

The Scottish Parliament on Tuesday approved legislation that would make pads and tampons freely available to all who need them at designated public places such as community centers, youth clubs, and pharmacies, according to Reuters.

The bill passed with 112 votes in favor and one abstainer, and will now enter the second phase during which legislators can propose amendments to the bill.

This follows Scotland’s 2018 decision to make sanitary products free to all students in schools, colleges, and universities in the country, according to the Guardian.

It was the first nation to do that, too.

The bill was first put forward by Scottish Labour Party politician Monica Lennon in 2017. Speaking during the debate in Parliament this week, Lennon said passing the bill would be a “milestone moment for normalizing menstruation in Scotland and sending out that real signal to people in this country about how seriously parliament takes gender equality.”

The program would cost an estimated $31.2 million annually, according to Reuters.

Scotland is part of the United Kingdom, where sanitary products are currently taxed at 5 percent, Reuters reports, in accordance with European Union tax rates.

Period poverty and menstruation stigma in the United Kingdom means that 10 percent of girls are unable to afford sanitary products, according to a study by Plan International, an independent development and humanitarian organization.

According to UN Dispatch, 800 million people menstruate every day. Menstrual hygiene is seen by many as a basic human right, but sanitary products catering to people who menstruate are often treated as luxury items.

Period poverty subjects many to physical health risks such as reproductive and urinary tract infections.

Besides the health risks, period poverty means that those who menstruate cannot reach their full potential as the lack of sanitary products hinders them from living their day-to-day lives.

This can include tasks as basic as going to school.

Details of how the Scottish government plans on implementing this bill are yet to be determined, but even this first step is a positive sign for people in Scotland who suffer from period poverty.

The second wave of “cancel culture”
He signed up to DJ on a cruise ship. Then coronavirus struck.
Will Ferrell and Julia Louis-Dreyfus were finishing each other’s sentences by the end of Downhill
The court decision dismissing charges against Michael Flynn is astonishingly bad
The pop culture that brought us joy in 2020
The UN Climate Action Summit was a disappointment