Scott Pruitt is leaving behind a toxic mess at the EPA 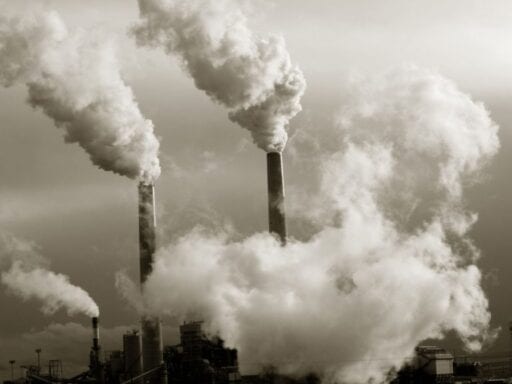 Pruitt did lasting damage to the agency, and his replacement, Andrew Wheeler, will pick up where Pruitt left off.

Scott Pruitt, the scandal-plagued administrator of the US Environmental Protection Agency, was forced to resign on Thursday reportedly because President Trump had grown weary of reports of Pruitt’s mounting ethical breaches and fresh allegations this week that he had potentially broken a federal law.

The New York Times reported that Trump was particularly annoyed by reports that Pruitt had wanted the president to fire Attorney General Jeff Sessions and hire Pruitt for the post instead.

But what kind of legacy will Pruitt leave behind?

For starters, Pruitt was openly and actively hostile toward the agency he ran. In his previous job as attorney general of Oklahoma, Pruitt had sued the EPA 14 times and was a very close friend of the state’s oil and gas industry, sometimes repeating their talking points verbatim.

After taking the reins at the EPA, he pushed for budget and staff cuts to the agency. He also worked aggressively to roll back, weaken, or stall environmental regulations.

Pruitt frequently described the EPA as having been “weaponized” by past administrations to hamper the coal, oil, and natural gas industries so as to boost renewable energy concerns, and his policies reflected a desire to undo that perceived slight. In particular, Pruitt set his sights on rolling back the Clean Power Plan, the Obama administration’s signature climate change policy that targeted carbon dioxide emissions from power plants.

But some of the changes Pruitt sought at the EPA went beyond industry matters and affect the health of everyday Americans. The administrator began reversing the proposal to ban the neurotoxic pesticide chlorpyrifos, going against all credible scientific advice. He lifted to key controls on air pollution from major industrial sources across the country. He began rolling back vehicle efficiency standards, which provide a key way to cut greenhouse gas emissions.

Health researchers have argued that this type of environmental agenda would lead to an additional 80,000 deaths per decade.

One of Pruitt’s most impactful strategies at the EPA ultimately was to slow down or stall its work, seeking years-long delays for some parts of the agency’s ongoing rule development.

He also backed off the EPA’s pursuit of polluters, issuing far fewer fines for infractions than any of the last three administrations in their first year. He widened loopholes for heavy polluters like diesel trucks.

And Pruitt didn’t just start the process of repealing the Clean Power Plan and other climate policies; he went after the language itself. At his direction, the words “climate change” and “global warming” also disappeared from EPA websites. Over the objections of other senior staffers, including the secretary of state, Pruitt helped convince Trump to start withdrawing the United States from the Paris climate accords.

Beyond attacking the regulations, Pruitt aggressively fought the science behind them. He took unprecedented steps to purge members of the EPA’s science advisory panels, citing conflicts of interest, and replaced these individuals with researchers from industry or from states that have sued the EPA to block its rules.

Pruitt then targeted the studies used to inform the EPA’s creation of regulations. Pruitt planned to block from use in regulations any studies that are not reproducible or whose data is not public. All in the name of “transparency,” this eliminates a major suite of research based on one-off disasters like oil spills and rules out health research that contains sensitive patient data that cannot be made public.

The EPA under Pruitt’s watch also instituted major changes to how it measures costs and benefits of environmental regulations. By restricting what counts as beneficial and giving more weight to the compliance costs borne by industry, the EPA has been tilting the scales in favor of the sectors it regulates, making it harder for the regulations seem worthwhile in the first place.

Some of Pruitt’s policy changes at the EPA won’t endure, but will still have consequences

But the process of undoing a regulation can take years and many of Pruitt’s other proposals like delaying new lead standards have already been overturned in courts.

Some of this is just due to sloppiness. New policies that propose things like loosening air quality standards have missed deadlines, and the rollback of vehicle emissions standards was submitted without critical technical documentation. In addition to his agency’s loss of legal challenges in court, some of Pruitt’s endeavors at the EPA could be overturned under another administration.

The EPA’s reputation and institutional strength has also taken a beating. Many staffers with critical knowledge of how to make rules or understanding of the science behind them have left the agency.

And some scientists are becoming reluctant to join the agency and the agency’s advisers have lost credibility, according to Christopher Zarba, who retired earlier this year as the manager of the EPA’s Science Advisory Board (SAB); the board reviews scientific findings for the administrator.

“I’ve heard, ‘Over my dead body would I bring anything to the SAB now,’” Zarba told Vox.

The new acting administrator was a former senior aide for Sen. James Inhofe (R-OK), a key patron for Pruitt and a close friend of the administrator. Inhofe famously derided climate change as a hoax and, like Pruitt, he has been a strong supporter of his state’s oil and gas industries.

After his stint on Capitol Hill, Wheeler worked as a lobbyist for Murray Energy, the largest underground coal mining company in the United States. The company’s CEO, Robert E. Murray, has been a close Trump supporter and adviser who has given the president a wish list of energy and environmental policies.

But Wheeler also worked for the EPA in the early 1990s. He received three bronze medals for his work in the agency’s pollution prevention and toxics office, so he knows the agency from the inside.

This combination of inside expertise and fossil fuel loyalty has environmentalists and some lawmakers deeply worried that Wheeler will continue to rapidly advance an industry-friendly agenda — without Pruitt’s high-profile scandals drawing unwanted attention.

“Elevating former coal lobbyist Andrew Wheeler to head the EPA is only trading one fossil fuel friend for another,” said Sen. Ed Markey (D-MA) in a statement.

Jeremy Symons, vice president for political affairs at the Environmental Defense Fund, told Politico that Wheeler “should scare anyone who breathes.”

The New York Times reported that like Pruitt, Wheeler relishes the consternation he causes environmentalists:

Mr. Wheeler has appeared to embrace criticism from the left that he is an ally of fossil fuels, according to email exchanges obtained by the Sierra Club under a Freedom of Information Act request. Last October, soon after Mr. Wheeler was nominated to his position as deputy director, he sent an email to Mr. Pruitt’s chief of staff, Ryan Jackson, a longtime friend, with a headline from The Onion, the satirical publication: “EPA Promotes Pulsating Black Sludge to Deputy Director.”

“Welcome, pulsating black sludge,” Mr. Jackson responded. “I guess I’m going to have to get the cleaning crews to come in more often.”

And even though Inhofe was growing weary of Pruitt, he spoke highly of Wheeler. “I would say this that there’s a guy behind him, Andrew Wheeler, who’s really qualified too, so that might be a good swap,” Inhofe told conservative radio host Laura Ingraham.

All this means that Wheeler will probably hammer away at the foundations of the EPA with the same vigor as Pruitt. Still, he is taking over the agency only in an acting role and will have to face another Senate confirmation process if he’s nominated to become a full administrator. His initial nomination as the deputy was submitted in October 2017 but he was only confirmed in April, and by a 53 to 45 vote. So the next nominee to lead the agency will likely face another contentious, drawn-out political fight.

And when it comes to Pruitt, the question is whether he can leverage his accomplishments in Washington without the taint of his scandals. Some reports have suggested that Pruitt was eyeing a run for the Senate in 2020, taking over for Inhofe in Oklahoma. Once the dust from his resignation settles, much of the Pruitt’s regulatory rollbacks might play well with his tribe, and it’s possible voters there will overlook his transgressions.

Which means Washington may not have seen the last of Scott Pruitt.

Kirsten Gillibrand gave her opponents a history lesson on abortion politics at the debate
The Apple-Google contact tracing tool gets a beta release and a new risk level feature
Marie Newman unseats one of the last anti-abortion Democrats in Illinois’s 3rd District
How to browse a used bookstore
Drug companies reach $260 million deal with Ohio counties over role in opioid epidemic
Revisiting the legacy of Joyce Maynard, the teenager Salinger had an affair with