Sean Connery, legendary actor known for his role as James Bond, dies at 90 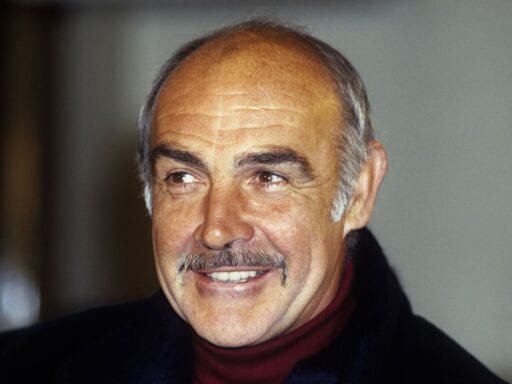 Share
Loading...
Scottish actor Sean Connery, pictured here at the 1987 London premiere of the film The Name of the Rose, has died at the age of 90. | PA Images via Getty Images

The Oscar-winning Scottish actor, widely beloved for playing 007, had a storied career in the film industry.

Sean Connery, the actor best known as the first actor to play James Bond on the big screen, has died at the age of 90. He died peacefully and surrounded by his family in the Bahamas, after being “unwell for some time,” according to his son, Jason.

Connery leaves behind a legacy as an icon in the film industry. His most famous role as James Bond in films like You Only Live Twice and Dr. No helped launch the 007 film franchise that continues today, but he’s also beloved for his roles in films such as The Hunt for Red October, The Name of the Rose, and Indiana Jones and the Last Crusade.

Connery was also a proud advocate for his home country of Scotland, and was a strong supporter of The Scottish National Party, known for advocating for Scottish independence from the United Kingdom.

Connery was born to Edinburgh, Scotland, the son of a factory worker and cleaning woman. After a series of odd jobs, including being a milkman and a competitive bodybuilder, Connery began auditioning as a stage actor at theaters in Edinburgh and London.

He continued working as a stage, television, and film actor when, at the age of 32, he starred in his breakthrough role as James Bond in Dr. No, the first film adaptation of Ian Fleming’s novels. He went on to star in six more Bond films as well as a slew of other movies, earning an Academy Award for Best Supporting Actor for the film The Untouchables. He was knighted in 2000.

Today, he’s remembered worldwide as a legendary actor, a sex symbol, a proud Scot and the first (and quite possibly the best) Bond.

“Sean was born into a working class Edinburgh family and through talent & sheer hard work, became an international film icon and one of the world’s most accomplished actors,” tweeted Scotland’s First Minister Nicola Sturgeon. “Our nation today mourns one of her best loved sons. ”

He leaves behind his son, Jason, also an actor, as well as his wife, Micheline Roquebrune, a painter.