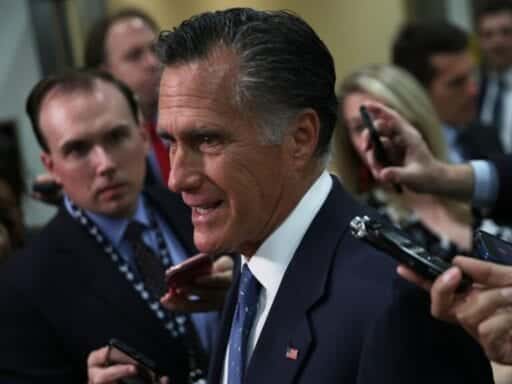 They also shot down a bill that would legally require campaigns to do so.

Senate Republicans, by and large, said they would tell the FBI if a foreign actor offered them opposition research on a political opponent, drawing a stark contrast with the ambivalent approach that Trump espoused this week.

As part of a conversation with ABC’s George Stephanopoulos, President Donald Trump said he’d be open to accepting dirt from a foreign actor on a political opponent. “It’s not an interference. They have information. I think I’d take it,” he said, just months after special counsel Robert Mueller wrapped up his investigation, clearing him of working with Russia to sway the 2016 election. Trump also argued that he wouldn’t necessarily need to report such outreach to the FBI, though ultimately conceded that he’d probably listen to it and inform law enforcement. “I think you might want to do both,” he said.

Republican lawmakers, meanwhile, were a bit clearer with where they stood.

“All of us know, if you were to ever be contacted by a foreign entity, your first call is the FBI,” Sen. Marsha Blackburn (R-TN) told Vox. “I don’t care if it’s Russia, Norway, China, whomever.”

“I think it’s absolutely something I would never do and that no one should do it,” emphasized Sen. Tim Scott (R-SC) when asked if he’d accept information on an opponent from a foreign actor.

Trump’s recent comments were spurred by Stephanopoulos’s questions about his eldest son, Donald Trump Jr., who in 2016 met with a Russian attorney who said she had opposition research on Hillary Clinton. Republicans, including presidential allies, argued that US candidates should steer clear of such entreaties.

Trump’s comments come as lawmakers grapple with the best way to protect the country from potential interference going into next year’s election — something multiple US national security officials have warned is likely — with Democrats noting that the president’s statements send a positive signal to hostile countries that may be interested in meddling.

Republicans, too, would like to make it clear that election meddling by foreign entities will not be tolerated, though a hold-up on election security legislation, led by Senate Majority Leader Mitch McConnell, has complicated matters.

“As a nation, we have to send a message to everybody else that we’re not going to let them interfere in our election process,” said Sen. Mike Rounds (R-SD).

While many Republicans pushed back on the president’s comments, others turned the focus onto Hillary Clinton

Amid the strong pushback from a number of Republicans, several of Trump’s loudest allies in the Senate sought to downplay his comments and shifted the focus to one of their favorite targets: Hillary Clinton.

“Look, that’s Trump. … That’s him. He’s unlike any president we’ve ever had, and he’s getting things accomplished that no one else has ever accomplished,” said Sen. James Inhofe (R-OK). “He doesn’t have a team of advisers telling him what he can say, what he can’t say. He just responds, and that’s Trump. There’s nothing sinister about it; it was off the cuff.”

Sen. Lindsey Graham (R-SC), meanwhile, was among those who argued that the Clinton campaign’s ties to a dossier compiled by former British intelligence officer Christopher Steele raised the same concern as Trump’s comments.

“The outrage some of my Democratic colleagues are raising about President Trump’s comments will hopefully be met with equal outrage that their own party hired a foreign national to do opposition research on President Trump’s campaign and that information, unverified, was apparently used by the FBI to obtain a warrant against an American citizen,” Graham said in a statement.

An investigation by the then-Republican-led House Intelligence Committee concluded that Steele’s role in compiling the dossier was legal, Newsweek reports:

While Steele was indeed a foreign citizen when he compiled, a 2018 report from the then-Republican-led House Permanent Select Committee on Intelligence appeared to clarify that hiring Steele or other non-citizens to do opposition research was within the bounds of existing law.

”Under current federal election law, foreigners are prohibited from making contributions or donations in connection with any campaign in the United States. However, it is not illegal to contract with a foreign person or foreign entity for services, including conducting opposition research on a U.S. campaign, so long as the service was paid for at the market rate,” reads the report.

In another attempt to counter the backlash to the president, Sen. David Perdue (R-GA) suggested that Trump was simply responding to a “hypothetical,” and that the criticism it’s garnered was an “overreaction” to the whole thing.

Republicans and Democrats agree that election interference is a problem. They can’t seem to agree on what to do about it.

While there might be some disagreement about just how bad Trump’s comments were, there’s a pretty strong consensus from both Democrats and Republicans regarding the need to defend the country from ongoing election interference.

“The broader challenge is the propaganda and informational warfare that they are conducting against us. … Russia’s won’t be the only foreign intelligence agency looking to interfere in our politics,” Sen. Marco Rubio (R-FL) told Vox.

Despite these widespread concerns, though, election security legislation has been stymied by Senate Republican leaders. McConnell has previously expressed concern that passing such bills could open the door to other provisions that are also addressed in Democrats’ sweeping anti-corruption bill HR 1. The most decisive effort the Republican-led upper chamber has ushered through in recent months is the DETER Act from Sens. Lindsey Graham (R-SC) and Dick Durbin (D-IL), which prevents any foreign national who’s interfered in a US election from obtaining a visa.

Democrats on Thursday sought to force a vote on a bill from Sen. Mark Warner (D-VA), which would legally require all campaigns to report any contact they received from foreign actors to the FBI.

Republicans, however, shot it down.