Sharp Objects’ Patricia Clarkson has great advice for young actors — and everybody else, too 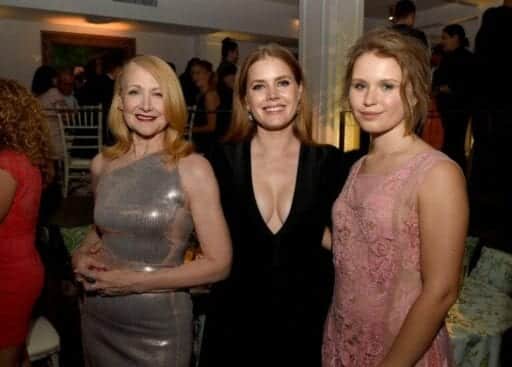 Adora Crellin is a difficult woman to love. The monstrously suffocating mother of Camille, the protagonist of HBO’s terrific murder mystery miniseries Sharp Objects, Adora keeps finding ways to undercut her damaged daughters and to visit the deep-seated trauma in her soul upon the women who should be able to rely on her most.

So just imagine playing Adora and how that might seep into your soul. Fortunately, we’ve got Patricia Clarkson, one of America’s finest actors for portraying difficult, damaged mothers (who seem to pass along those qualities to their difficult, damaged daughters), in the role. She finds notes in Adora most actors wouldn’t even look for. It’s spellbinding work, among the best work in the esteemed actor’s career, which has seen her nominated for every award you can think of.

That’s why I was so excited to have Clarkson on the latest episode of my podcast, I Think You’re Interesting. I’m a fan both of Sharp Objects and of her work more generally, and I wanted to ask her about finding mother roles worth playing and why television ended up having much better roles for women than the movies did.

But I also wanted to talk with her about the early days of her career and how she first got her feet under her working as a young actor in New York. She told me about getting some of her earliest big roles, sure, but she also told me how she learned to deal with rejection, which feels like good advice even beyond what actors might take from it.

So here’s a small snippet of that conversation, lightly edited for length and clarity.

Do you remember what it was like when you were getting those first few auditions? When you were going out to try to find work and just going out on everything?

I was fortunate. I had great mentors at Fordham University. … And then I went to Yale. And at Yale School of Drama, I had to become everything. I wasn’t typecast. I wasn’t the pretty blonde girl, or the sultry [chanteuse], or whatever. I played everything from the Bawd in Pericles to the damsel in distress in La Ronde. I played Elektra. I played a big Cajun mama. I played an 8-year-old murderer. Everything was thrown at me.

So when I got out of Yale, I was very fortunate. I got a really big agent out of Yale. I didn’t have the struggle. I started to work quickly. I got a play off-Broadway, and I did an episode of Spenser: For Hire. [whispers comically] Spen-sah!!! (I played a murderer.) And I was going up on some very big things.

And then nine months out of Yale, I got cast in the Broadway production of House of Blue Leaves. I auditioned for John Guare and Jerry Zaks, and they were amazing to me. But they didn’t cast me! [Laughs.] They gave me a standing ovation. “Oh my God, you’re amazing!” I went back for two callbacks and bought a new dress. I played Karina, the hearing-impaired movie star.

But nine months later when Julie Hagerty left the show, I got a call from Jerry Zaks. He left a message on my home machine: “Patty. This is Jerry Zaks. Give me a call.” And I stepped into House of Blue Leaves. Can you imagine? How gorgeous. With the great John Mahoney. Swoosie Kurtz. Stockard Channing.

So I was lucky. And then I got The Untouchables. But there were a lot of movies I didn’t get. It’s funny doing [Sharp Objects] with Elizabeth Perkins. I was up for Big [in which Perkins played the female lead]. I didn’t get it. It’s like, “Dammit! What are you doing here, Elizabeth?”

Acting is one of those professions where you have to learn to let rejection wash over you. How did you learn to do that?

It was tough for me to get out there and learn, but a lot of people, like Brian de Palma, really took me under his wing. People really were great to me, but I always worked very hard on my auditions. Yale had given me a work ethic that saved me, and I think because I’d been at Yale and been successful at Yale — I had such an amazing three years there — that when I got out and I wasn’t getting parts, I was, like, “Okay, okay, okay. I’m going to survive all this. Just keep giving the best audition you possibly can.”

That’s how it works. When I go back to talk to my alma mater I say, “Your only calling card is an audition.” Often, when you’re in that room, if you’ve given the best audition possible, maybe they don’t cast you because you’re too tall, too short, too young, too old. But if it’s a great audition, the next time you’re right for something, you’re right back in a room, and you’ve got a producer, a director, a casting director, all these people sitting in a room, and they’ll bring you back. I always tried to remember that.

You can’t do it without a support system, and that’s what’s heartbreaking. I think there’s some young actors who have no one around them, and I think it’s why … they have issues. They need people who have found themselves. You’re going to be around actors as it is, who are all struggling, but you need people who aren’t struggling around you.

For so much more with Clarkson, including her thoughts as a Southern woman on Sharp Objects’ portrayal of the South, listen to the full episode, which also includes a discussion with PBS president and CEO Paula Kerger about the present and future of her network and the television industry as a whole.

More than 500,000 people have RSVP’d to “storm Area 51,” in the name of memes
Bill Gates on Elizabeth Warren, Jeffrey Epstein, and why he’d pay more — but not too much more — in ...
Trump’s demands for $2,000 stimulus checks, explained
Saturday Night Live stayed home last weekend. The show was more exciting than it’s been in years.
Tens of thousands rise up against the coup in Myanmar
Urgent care centers are cementing their role in American health care during Covid-19