Sharp Objects shows its teeth in a killer season finale 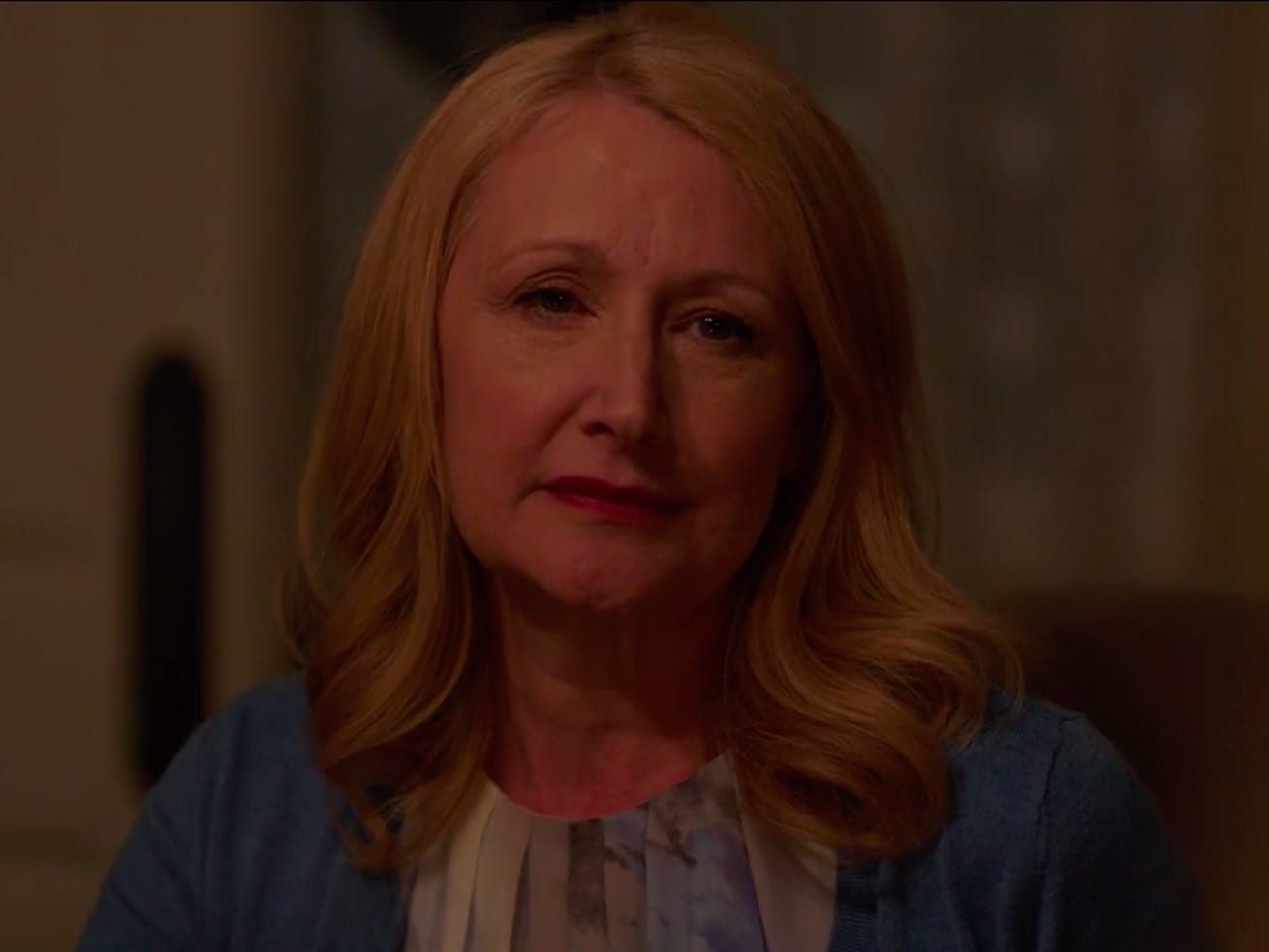 Sharp Objects might be the slow-burn thriller of the year, but in the series finale, it showed us just how fast it could shift from zero to unhinged, off-the-rails madness.

Viewers who’ve been along for this ride have probably known for a while that this series about family secrets and inherited violence — the calling card of every true Southern gothic — wasn’t going to go down easy. Episode 8, “Milk,” was less about wrapping up loose plot points regarding its murder mystery and more about finally plunging our protagonist, Camille, into a full awareness of the past trauma and collective insanity she’s spent years blocking out.

The result was almost a visceral experience at points, one in which the jagged editing and unreliable narration we’ve come to expect from this show finally converged to trap us in Camille’s head just as she entered a kind of nightmare fugue state. But to say more, we have to issue a huge spoiler warning for the events of tonight’s finale — including a shocking mid-credits scene you might have missed.

In the last episode, we learned without much preamble that Adora, Camille’s mother — played with sinister perfection by Patricia Clarkson down to the ruthless finish — has Munchausen’s by Proxy, and that years ago, she killed Camille’s younger sister by making her progressively sicker and (most likely) ultimately poisoning her.

This giant reveal, however, was just a setup for the finale, in which Camille, returning home intending to confront her mother with the truth, instead seems to be psychologically overwhelmed by the horror and the implied complicity of the entire family — indeed, the entire community — in going along with Adora’s behavior.

Adora promptly immobilizes Camille by giving her a hefty dose of rat poison, and a nightmare cycle begins: Camille, traumatized and ill, regresses emotionally and allows Adora to finally “mother” her the way she’s always wanted, or threatened, to do. It’s Whatever Happened to Baby Jane? by way of Tennessee Williams, with Adora doling out a Grand Guignol of drama and faux sympathy as her daughter slurps down more poison. Meanwhile, Amma, whom Camille is in part trying to rescue by allowing herself to distract Adora, essentially refuses to leave — effectively dooming Camille.

Luckily, Camille gets an 11th-hour rescue, and justice finally comes for Adora — but the moment you realize there’s still a good 15 minutes left in the episode, you know that Sharp Objects’ secrets haven’t all been revealed. And let’s face it: This show has only ever had two main suspects, so the moment you twig to the timestamp, you know what’s coming.

There is, however, one last twist this show has to deliver, and it comes in the form of a mid-credits scene. In a last nod to the show’s psychedelic editing, we get a brutally quick montage of Amma murdering Ann, Natalie, and sadly her new friend. But not only that — if you look close, you’ll see that Amma wasn’t working alone; she had help from her two rollerblading buddies the whole time.

So, did it all hang together? Was the final verdict on whodunnit a thrilling stunner or an anticlimax? Did Camille really come out of this as healthy as she seemed?

And did all those teeth really come from just two girls?

Aja: The intriguing part of this episode for me is that it kept reminding me that it had hidden all the elements of its plot reveals in plain sight from start to finish, and banked on my overlooking them, almost because they were so obvious. That’s the classic Southern gothic trope of a community enabling its horrors through sheer selective perception; but despite that, I kept being unwilling to accept what was right in front of me.

For example, Adora’s treatment of Amma has reminded me throughout of Mommy Dead and Dearest — another real-life story of a fateful Munchausen’s-by-Proxy murder, one that also unfolded in a small Missouri town. Yet despite making this comparison in my head multiple times, I still needed to be told how Marian died. Likewise, it was so obvious from the beginning that Amma was the killer that I was dubious she was the killer. And then, of course, there’s that ivory floor.

I think all of this is meant to make us as viewers (or at least this viewer!) somewhat complicit in the malaise that’s afflicting the town, the malaise that causes everyone to just kick back and let Adora murder whoever she wants, lol. There’s that great, no-shit-Sherlock moment where Detective Willis (Chris Messina) announces that they’ve been looking “at the wrong half” of the town after weeks of nothing but nods to the fact that the killer’s a woman.

And of course there’s Camille herself. Her entire fragmented psyche hinges on her denial of everything happening right in front of her. When she confronts that, she almost doesn’t survive it. And I think that we can read her conscious decisions in the finale — her walking into that house, willingly ingesting poison after she’s realized her mother is trying to kill her — as an allegorical act of atonement. It’s a nod to the messy, painful, gut-churning upheaval that true change requires of us — especially when we’re looking at change in a place like the small-town South.

Alex, what did you think? Was it all too obvious, or not obvious enough? Certainly there were lots of narrative gaps and ambiguities, but I was fine with them. I don’t know that everyone will be, though!

Alex: I’ve had Amma pegged as the killer from the very beginning (full disclosure: I never read the book or synopsis). And even though the last episode tried its best to throw me off, one of the things that didn’t make sense was the missing teeth. That was the killer’s M.O., and Adora is just too busy gliding around her gigantic house, twirling all kinds of poison, to be concerned with performing intensive dental work of her victims. Pulling out teeth would hurt her already-cut hand.

Where it started to click for me was the ongoing narrative that Camille is Adora’s daughter and has some piece of Adora in her. It’s the essential nature vs. nurture argument: Is Camille so fucked up because of the way Adora raised her, or is she fucked up because she inherited Adora’s traits?

And the idea of Camille and Adora sharing that bond may change the way one would look at Camille’s reaction to sex and pain, or her self-harm and suicidal streak, or the way she wants to take care of Amma but doesn’t know how.

I kept waiting for the show to explicitly say that Camille isn’t Adora’s only offspring, and that Amma has that in her, too. There were hints of it that whole time: the way she befriended both girls, the way she turns her personas on and off, the way she plays up and off of her image as either the town’s mean girl or the town’s (and Adora’s) angelic heroine who needs to be protected. And of course she’s Adora’s kid because, guess what, she loves murder.

And about that: How did you feel about the ending?

Aja: Aesthetically, I loved the ending, though of course it was visible a mile off. Eliza Scanlen has done such an incredible job throughout the series of balancing Amma’s appearance as that vulnerable little girl, held ostensibly in thrall to her mother’s will, against all the glimpses of her budding sociopathy. I loved her last line, too, because it’s such a great encapsulation of that balance: I believed that she really did want to stay her mother’s little girl forever, in a certain state of innocence and deniability.

However, since we saw her and Adora face off over her dollhouse last episode, when we see Adora remove the roof (where we later find all the teeth), I’m also curious about whether Adora knew all along that her daughter was the killer. “Don’t tell Mama” what Mama already knows is par for the course in Wind Gap, I’d imagine.

What held less plausibility for me were Camille’s actions from the moment she reentered her house after realizing that Adora killed her sister. For starters, why didn’t she go to Detective Willis before she went back home, much less before she drank rat poison? I can get that she was in such shock and denial that she didn’t realize how much danger she was in; but this series’ very well-embedded themes of women’s agency, and how women gain autonomy over their restrictive environments, broke down for me to a large degree in the finale. I’m still processing Camille’s psychology.

Actually, Sharp Objects’ last few episodes have all reminded me hugely of Hereditary, which has a lot of the same ambience and themes: unhinged family dynamics layered over giant secrets and mental illness, and a lead character who’s drawn into their family’s spiraling madness and continual reliving of trauma. And both narratives leave us asking, just as you were, Alex, whether your genes determine your fate, or if perhaps part of what we are inheriting is a more systemic disease.

But what about Amma? How many more victims does she have? And just how many people in Wind Gap knew Adora killed her daughter and said nothing?

Alex: Well, it looks like Amma has some new, loose teeth for her dollhouse floor, so I would guess that her new friend in the apartment building is gone. The only question now is if Camille will turn her in to the authorities or let her slide because she’s family. If Camille acts like the residents of Wind Gap, then Amma will have to get a bigger dollhouse.

As for the residents of Wind Gap, admitting that Adora killed Marian and poisoned her would mean admitting that their town is as heinous as they all know it to be. It’s like Calhoun Day: a lavish day of antebellum cosplay and barbecue that, at its heart, is a strange, horny mythologizing of rape. Admitting that Calhoun Day and Adora are disgusting and warped means coming to the realization that they, the residents of Wind Gap, are themselves disgusting and warped as well. That they all need to look in themselves and be honest about the depravity they might find. And it’s much easier to ignore that, or drink it away (like Jackie O’Neill), than face it.

Any final thoughts on the series and the finale? We don’t need a second season, do we?

Aja: Regarding the “ignore/drink it away” model for surviving a Southern gothic, I want to note that my initial observation that “towns like Wind Gap doom girls like Camille” has proven true: Ultimately, the only way through the repressive social system is to silently internalize its violence — which might mean you don’t survive — or visit it upon someone else.

We don’t need a second season to drive that point home any further; but are you honestly telling me you don’t want at least eight more episodes of rollerblading, serial-killing, ring-leading, incestuous Eliza Scanlen? Just avert your eyes from the moral schematics and focus on the aesthetic appeal instead. Nothing could be more in keeping with Sharp Objects than that.