She had a stillborn baby. Now she’s being charged with murder. 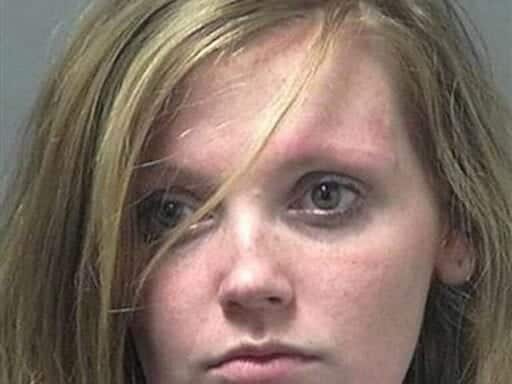 Her case is part of a nationwide problem, advocates say.

Chelsea Cheyenne Becker gave birth to a stillborn baby on September 10. This week, she was charged with murder.

The 25-year-old California woman was arrested after police were alerted that the fetus might have been exposed to drugs, according to BuzzFeed News. Becker later admitted to taking methamphetamine while she was pregnant.

California is one of dozens of states around the country where a person can be charged with a crime for harming a fetus through behaviors like using drugs while pregnant. Supporters say such laws are necessary to convince pregnant people to get clean, but research suggests that punitive policies can actually backfire, making pregnant people less likely to seek prenatal care.

Meanwhile, reproductive health advocates say that laws punishing people for stillbirths or miscarriages can be used to restrict abortion too. And they fear that such laws could lead to criminal investigations of patients in the midst of a medical emergency.

If a person is having a miscarriage and someone calls the police, “now we have an individual who’s bleeding, and there’s a police interrogation at the bedside,” Dr. Jamila Perritt, an OB-GYN and fellow with Physicians for Reproductive Health, told Vox earlier this year.

California is one of the most liberal states in the country when it comes to abortion law. But even there, advocates say, laws criminalizing harm to a fetus can put pregnant people — and their children — in danger.

Chelsea Becker was charged with murder after taking drugs while pregnant

After Becker’s stillbirth, police were informed about a “suspicious fetal death,” Clarissa-Jan Lim reports at BuzzFeed. An autopsy revealed high levels of methamphetamine in the baby’s system.

Becker, who had been about eight and a half months pregnant at the time of the stillbirth, told police during questioning that she had used methamphetamine as recently as three days before the stillbirth. Authorities told local news outlet KGPE that Becker’s three living children had also been born with the drug in their systems.

Becker was arrested on Tuesday and charged with felony first-degree murder, according to CNN. She has pled not guilty and her next hearing is scheduled for November 19.

The California mother is not the first person to face criminal charges after a stillbirth or miscarriage. As Lim notes at BuzzFeed, a Mississippi teenager named Rennie Gibbs was charged with murder in 2007 after a medical examiner found traces of cocaine in an autopsy of her stillborn child; the charges were dismissed in 2014. And in 2011, Bei Bei Shuai was charged with attempted feticide and murder when her baby died shortly after birth; she had attempted suicide several days before. She ultimately reached a plea deal and avoided additional jail time.

A wide variety of laws around the country allow prosecutors to file charges against pregnant people or formerly pregnant people for allegedly harming a fetus, as Amnesty International noted in a 2017 report. At that time, 38 states had “fetal assault” laws that could be used to criminalize people for using drugs or otherwise putting a fetus in danger. Eighteen states considered using drugs during pregnancy to be child abuse, and in 4, it could be used as grounds for civil commitment or involuntary detention in a treatment facility.

These laws are intended to prevent harm to a fetus, but they can backfire, making people less likely to seek prenatal care. A recent study found that laws defining drinking during pregnancy as child abuse were actually associated with worse health outcomes for babies, possibly because they discouraged pregnant people from going to the doctor.

Meanwhile, “fetal assault” laws and others making it a crime to harm a fetus can be used to criminalize people who self-manage their abortions, doing the procedure at home with medication ordered online or otherwise obtained outside a clinical setting. The practice is growing more common around the country as state laws make an in-clinic abortion harder to get, and could become more common still if the Supreme Court guts the protections in Roe v. Wade.

Doctors and reproductive health advocates also say that laws criminalizing harm to the fetus can lead to dangerous situations where a patient is experiencing a miscarriage and needs care, but becomes the subject of a criminal investigation instead. The laws could force medical professionals into the role of investigators and drive a wedge between them and their patients, Perritt said earlier this year.

“An individual should feel comfortable coming in, disclosing any behaviors to their provider without fear of prosecution, and setting up this dichotomy where it’s us versus them is not the way to do that,” she said. “I’m a trained medical provider, I’m not a police officer.”

It’s not yet clear what will happen in Becker’s case. California law defines murder as “the unlawful killing of a human being or a fetus with malice aforethought,” according to the National Conference of State Legislatures. But Lim reports that California courts have previously dismissed murder charges against pregnant women who used drugs.

Whatever the case, both “fetal assault” laws and restrictions on abortion are becoming more common — this year, for example, Tennessee lawmakers introduced a bill allowing pregnant people to be charged with assault if their baby is harmed by narcotics use during pregnancy. The measure did not pass, but the country is likely to see even more cases like Becker’s, in which a pregnant person goes to a hospital and ends up in jail.

As oil prices climb, Trump leans on OPEC to ramp up production "substantially"
How Joe Biden could reorient foreign policy around climate change
The winter solstice is Saturday: 9 things to know about the shortest day of the year
Team Trump’s efforts to spin Mulvaney’s quid pro quo confession are not going well
Bernie Sanders’s new bet: a climate change message can win him the Iowa caucuses
Iraqi Parliament approves a resolution on expelling US troops after Soleimani killing