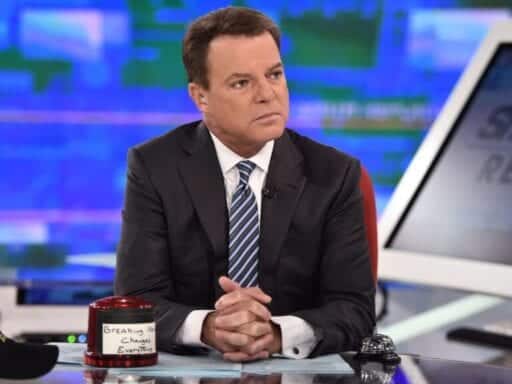 After 23 years at the network, Smith is leaving amid turmoil surrounding Trump and impeachment.

Shepard Smith, the longtime Fox News anchor, announced on Friday that the day’s broadcast would be his last after 23 years at the network. He joined the network at its inception in 1996.

“Recently I asked the company to allow me to leave Fox News and begin a new chapter,” he said at the conclusion of Shepard Smith Reporting, adding that he wouldn’t be reporting elsewhere “at least in the near future,” and was looking forward to spending more time with his partner, Gio Graziano. (I’ve reached out to Smith and will update if I hear back.)

The news seemed to surprise even others on the network, with Fox News host Neil Cavuto beginning the 4 pm broadcast by saying, “whoa,” before telling the audience that “a better newsman you probably cannot find” than Smith.

I first worked with Shep on my first assignment at @FoxNews almost 23 years ago. It was a total shock today to find out he’s leaving. He anchored breaking news -fast-moving events —better than anyone. I wish him well in whatever lies ahead

The news comes as the right-leaning cable news network is under more pressure from President Donald Trump and the White House, with Trump tweeting angrily about a Fox News poll showing increasing support for impeachment and Attorney General William Barr meeting earlier this week with Rupert Murdoch, creator of Fox News and currently the network’s executive chair.

NEW: The Barr-Murdoch meeting was *not* related to Shep Smith’s exit, Chris Giglio, a spokesman for Shep, tells me via email. “This was Shep’s decision and his alone.”

The battle over impeachment has divided the network, exacerbating a split between the daytime and primetime hosts. Smith argued at length with Tucker Carlson about a guest of Carlson’s who called a Fox News contributor a “fool” for saying that Trump asking Ukraine’s president to investigate Joe Biden was a crime.

But on Twitter, Fox News personalities like Brit Hume pushed back against arguments, no matter how sarcastic, that the network might bend further to ensure the president’s happiness.

You’ll be waiting a very long time for that to happen.

As he signed off for the last time, Smith concluded, “Even in our currently polarized nation, it’s my hope that the facts will win the day, that the truth will always matter, that journalism and journalists will thrive.”