Shooting at Jacksonville, Florida video game tournament: What we know so far 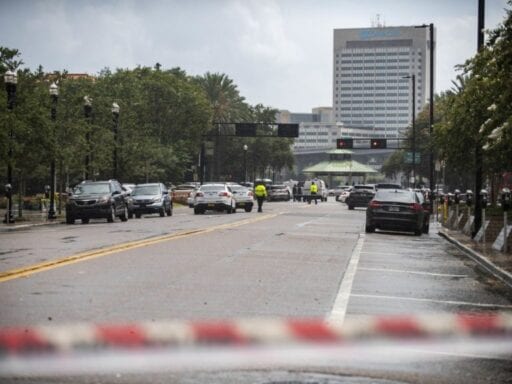 There were multiple fatalities at a Madden NFL video game tournament in Jacksonville, Florida on Sunday. One suspect is also dead.

A shooter opened fire at the Jacksonville Landing, a marketplace and entertainment area in downtown Jacksonville, Florida, on Sunday during a video game tournament there, authorities said.

The Jacksonville Sheriff’s Office said in a tweet on Sunday that there had been a “mass shooting” at the Jacksonville Landing. It encouraged bystanders to stay away from the area, as it was unsafe. The incident reportedly took place during a Madden NFL video game tournament that was underway at GLHF Game Bar in Jacksonville.

The tournament was being streamed on internet platform Twitch when the incident occurred, and video and audio of the shooting and aftermath swept across the internet after. The content is extremely disturbing and graphic.

Authorities said there had been multiple fatalities at the scene, and others had been transported, presumably, to local hospitals.

One suspect is dead, and authorities say there are no other outstanding suspects.

Here’s what we know about what’s happened so far.

We are finding many people hiding in locked areas at The Landing. We ask you to stay calm, stay where you are hiding. SWAT is doing a methodical search inside The Landing. We will get to you. Please don’t come running out. #TheLandingMassShooting https://t.co/qBJvkaO7xT

Im good and safe. Not gonna report anything but a community that’s filled with love, friends and family needs some prayer

The tourney just got shot up. Im leavinng and never coming back

Vote-by-mail and early voting prevented a turnout catastrophe on Tuesday
The political chief at Mark Zuckerberg’s philanthropy is stepping down
House Democrats’ top priority if they win in November is a sweeping anti-corruption bill
Trump called for unity against political violence. He didn’t mention what he said last week.
“The oppression doesn’t end, it adapts”: America’s history of lynching and its resonance today
Even right-wing pundits had no clue what Bruce Castor was doing during his impeachment trial speech