Shooting in Halle, Germany: what we know 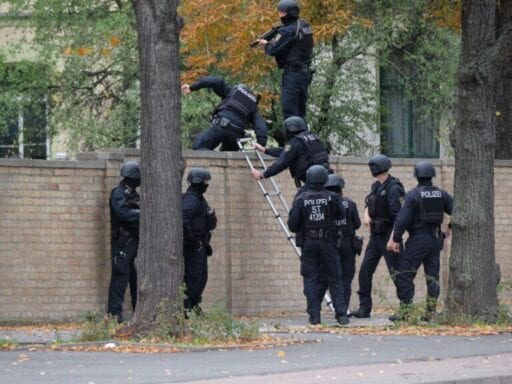 Share
Loading...
Police in Halle en der Saale, in eastern Germany, on October 9, 2019 after two people were killed in a shooting outside a synagogue. | Photo by SEBASTIAN WILLNOW/dpa/AFP via Getty Images

At least two people have been killed in a shooting near a synagogue in Halle, Germany.

At least two people have been killed Wednesday in Halle, Germany.

The shooting occurred near the area of a synagogue, a police spokesperson told CNN. Wednesday is Yom Kippur, one of the holiest days on the Jewish calendar, although authorities have not said whether the attack is linked.