Shopify hits President Trump where it hurts: In his wallet 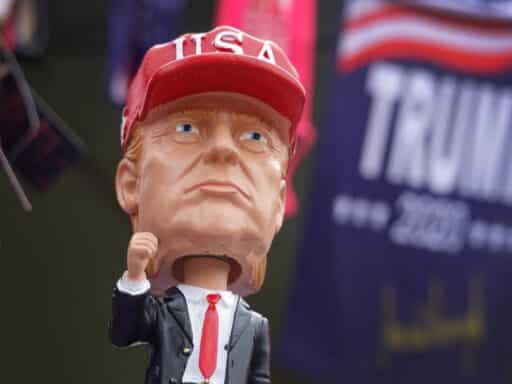 The software firm has taken down President Trump’s online stores.

While Facebook and other social networks suspended President Donald Trump from their platforms in the wake of his support for a mob that stormed the US Capitol on Wednesday, another tech firm took a different tack on Thursday. Shopify shut down his online merch stores.

“Shopify does not tolerate actions that incite violence,” a Shopify spokesperson said in a statement. “Based on recent events, we have determined that the actions by President Donald J. Trump violate our Acceptable Use Policy, which prohibits promotion or support of organizations, platforms or people that threaten or condone violence to further a cause. As a result, we have terminated stores affiliated with President Trump.”

The spokesperson did not immediately respond to requests for information about any other “affiliated” online stores that were taken down as a result.

Shopify’s decision targeting Trump followed those of several other large internet companies in the wake of the president’s call for supporters to rally against Joe Biden’s election victory, which devolved into an insurrection on Capitol Hill. Facebook, Twitter, Instagram, and YouTube all took steps to restrict Trump’s ability to use their platforms in the last 24 hours, with Mark Zuckerberg writing on Thursday that Facebook and Instagram had suspended the president’s accounts until at least Inauguration Day.

“We believe the risks of allowing the President to continue to use our service during this period are simply too great,” Zuckerberg wrote. “Therefore, we are extending the block we have placed on his Facebook and Instagram accounts indefinitely and for at least the next two weeks until the peaceful transition of power is complete.”

I asked these guys if civil war was what they wanted. “Yes” they replied pic.twitter.com/BLopvJP6Ik

It’s unclear whether other e-commerce providers, such as Amazon, Etsy, or eBay, will remove any Trump merchandise or Trump-affiliated sellers from their online marketplaces. On Thursday, shirts adorned with the phrase “MAGA Civil War,” which was seen on apparel worn by some rioters in DC on Wednesday, were available for sale on eBay. An eBay spokesperson did not immediately respond to a request for comment.

The misunderstood Rust Belt worker vote, and its importance in 2020, explained
Disney World and Disneyland closed indefinitely amid Covid-19 fears
Here’s how to listen to every Vox podcast interview with a 2020 Democratic candidate
The past 72 hours of Brexit ridiculousness, explained
The Boston Marathon bomber’s death sentence has been overturned
In The Garden Party, family discord gets a beautifully retro, modernist treatment