Silicon Valley’s favorite charity is asking its donors to give away hundreds of millions of dollars. Right now. 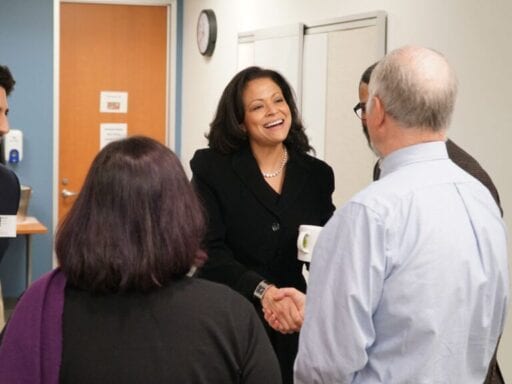 Advisers to Silicon Valley billionaires are usually scared to anger them. The coronavirus changed that.

Silicon Valley billionaires have amassed an astounding amount of power and money over the past few years — even though they’ve pledged to give away their fortunes. That dual reality has been aided by a new type of charitable giving that allows the wealthy to park their money in tax-advantaged philanthropies but then disburse it very slowly, allowing them to keep a firm grip on the assets.

No organization has epitomized this more, in the eyes of its critics, than the Silicon Valley Community Foundation, which you might not have heard of but is the most important charity for tech’s elite. Critics have spent years casting it as a sycophantic enabler of tax avoiders that has allowed billionaires like Mark Zuckerberg, Reed Hastings, and Sergey Brin to collect generous tax breaks while stowing their unprecedented war chests at its headquarters, indefinitely.

But amid a historic pandemic, the foundation has quietly started to do something unusual: It’s asking its donors to give hundreds of millions of dollars, right now, to deal with the local consequences of the coronavirus.

On private phone calls over the past few weeks, the group has urged its donors to immediately give up to 5 percent of their assets to this cause. The push violates the typical power dynamics in the world of big-money philanthropy, where often-obsequious advisers gingerly manage relationships with some of the world’s richest people. That the foundation needs to set such an expectation, even a modest one, is revealing of how slow some of the mega-rich have been to actually donate their money, and how the pandemic might begin to change that.

“The money’s already there to give. So let’s give it,” Nicole Taylor, the foundation’s head, said in an interview with Recode. “It felt like now’s the time to put a number out there.”

The foundation is supposed to serve as a middleman, of sorts, between a donor and a nonprofit. But the law doesn’t require donors to actually transfer the money stored at the foundation to nonprofits anytime soon, and critics say that Silicon Valley Community Foundation officials haven’t exactly been pushing them to, either.

That appears to be over at the foundation. Donors very well could blow off SVCF. But while not a directive, close observers of the philanthropy scene describe the ask as bold, if not risky. Charitable advisers tend to go to great lengths to appease their millionaire and billionaire clients, lest they leave for a less annoying advising team. That laissez-faire approach has helped the Silicon Valley Community Foundation pull in about $10 billion into these accounts, called donor-advised funds (DAFs).

For that reason, the move is at least symbolically significant: Taylor believes this is the first time SVCF has ever asked donors to commit a specific percentage for a specific cause. The subtext seems to be that during a historic crisis when many in Silicon Valley’s backyard are struggling, the old coddling will not fly.

“In the DAF environment where sponsors often act in service of donors, the clear act of directing donor behavior and focusing on the mission, not the donor, is a big step,” said Brian Mittendorf, a longtime critic of the Silicon Valley Community Foundation’s growing assets.

The challenge could move real money. If every one of the foundation’s donors gave the full 5 percent, an extra $450 million in philanthropy would come off the sidelines, increasing the overall yearly charity from the foundation by about 25 percent. Foundation officials say its donors had given about $95 million so far to all Covid-19 relief efforts, and gave out 30 percent more money overall in March 2020 than in March 2019.

The ask is, nevertheless, one of the most significant steps made yet by Taylor, who took over last year to repair the foundation as it recovered from a scandal that ousted her predecessor, who was accused of pursuing a growth-at-all-costs culture that prioritized donors’ assets above employees’ morale. Taylor said she decided to put a number on it — rather than put out a more typical wishy-washy hope that people would “dig deep” or something like that — in part because of the scale of the crisis, and in part as an experiment to see if a specific figure would work.

Taylor acknowledges this is a shift in the traditional role philanthropies play, with their long desire to “meet the donors where they’re at.” But she’s already thinking about how this could shift the power dynamics in the world of the wealthy, and is pondering future percentage targets that the SVCF might set for the donors even outside of a crisis.

“We can think now about how do we more proactively engage with our donors. Now they’re used to it,” she said. “It’s transformative thinking about the relationship between the donor and where the DAF is held.”

Taylor cannot direct money herself — the vehicles are called donor-advised funds because the donors are still supposed to advise where the money goes. These DAFs have become one of the most controversial things in billionaire philanthropy because they offer large, immediate tax breaks to donors, without requiring an immediate or disclosed contribution to a charity. The DAF is meant to serve as a place for a wealthy person to place their cash now and to give away over the course of their lifetime. They have exploded in size over the past decade, as have questions about their fairness and whether this type of philanthropy is truly an effective way to solve society’s problems.

And to be sure, some activists counter that 5 percent is a relatively modest reaction to a once-in-a-generation pandemic. The net worths of many Silicon Valley billionaires have skyrocketed over the past decade, in many years by more than 5 percent. A crop of philanthropy advisers have called on billionaires and their foundations to drastically increase their charitable giving due to the coronavirus.

Taylor said she only asked for 5 percent because of how unprecedented this is for her group, and because that’s the amount most foundations are typically required to spend each year. She also stressed that she’s planning another round of asks in a few months for the economic recovery phase.

This all could backfire — “You have to know how much to push,” she acknowledges. Taylor has been generally focusing her own calls on her biggest accounts, the billionaires of the world. Any of these billionaires who decide that the foundation is being a little too pushy would easily find open arms at the many other sponsors of DAFs, such as Goldman Sachs or Fidelity Investments. SVCF already lost some clients who fled in the wake of the workplace culture scandal in 2018.

Yet the mere request, no matter how modest, says a lot about how urgent this moment is for the world and how high the stakes are for philanthropists. While some tech donors like Twitter’s Jack Dorsey are making massive charitable commitments, the billionaire class has been criticized for a relatively “lackluster” response to the pandemic so far. That it’s even considered a risk or a big move for a $10 billion charity to ask its donors to give away a very small parcel of their fortune is revealing, and maybe a little dispiriting, too.

“They should be urging distribution of half of the value of the DAFs,” said Al Cantor, a nonprofit consultant who is also critical of DAFs. “Symbols won’t save the charitable sector. This is our greatest crisis since Pearl Harbor.”