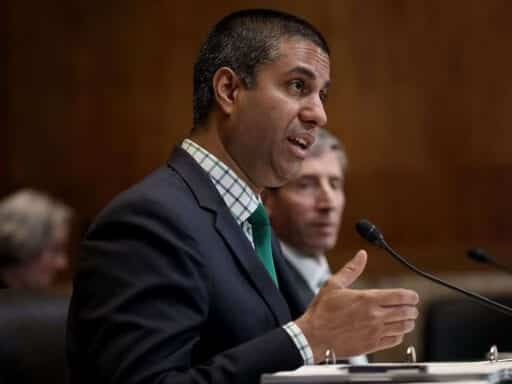 The stars were aligned for Sinclair — and they seemed to have botched it.

The stars once seemed to be aligned for Sinclair Broadcast Group to expand its local TV empire.

Sinclair — best known for forcing its 193 local TV stations to air pro-Trump segments and anti-media screeds — currently has a deal in place to purchase Tribune Media, which would extend its reach to about 72 percent of Americans. And until this week, it seemed Sinclair had the allies in the right places (read: the Trump FCC) to get this deal done.

But on Monday, Federal Communications Commission Chair Ajit Pai released a statement saying he has “serious concerns about the Sinclair/Tribune transaction.” It’s a surprising rebuke, given Pai’s track record of pushing policies that help Sinclair.

The core issue here is the FCC rule preventing a single media company from reaching more than 39 percent of American homes — which, to be clear, is far fewer people than Sinclair sought to reach with the Tribune deal.

So Sinclair planned to skirt this rule. The company would sell off stations to get under the 39 percent limit — but the Smith family, which owns Sinclair, brazenly arranged to sell the stations to friends and business associates, with the agreement that Sinclair would keep control of both the advertising and programming arms of those stations.

The hope was that, even if Sinclair was under the 39 percent limit in the eyes of the FCC, Sinclair’s programming would actually reach nearly three in four Americans.

But that plan may now be in trouble. In his statement, Pai said that Sinclair’s strategy would “allow Sinclair to control those stations in practice, even if not in name, in violation of the law.”

He’s now proposed that the deal be sent to an administrative law judge — a step that could kill the deal.

In the map below, you can see which stations Sinclair would own or control if it bought Tribune. (The interactive version is here.)

This reach clearly exceeds the FCC’s 39 percent limit, but Sinclair planned to get around these regulations with a few strategies.

The first was a change in how the FCC calculated its audience reach. When Pai took over as FCC chair, he reverted these calculations back to an outdated measure, which opened a loophole to allow Sinclair to divide its reach in half. Clearly Pai didn’t express any issues with this change at the time.

The second strategy, as Sinclair detailed in an FCC filing, was for the company to sell stations in eight of the largest markets, including New York, Chicago, and Seattle. This move would put them under the 39 percent limit.

How Sinclair crossed the line

But Sinclair wasn’t planning on selling these stations outright.

Instead, it planned to sell these eight stations with an agreement that Sinclair would continue to actually run the stations, according to FCC filings.

One FCC official told Politico that one of the more problematic plans was for Sinclair to sell Chicago’s WGN to Steven Fader, a Maryland businessman who owns car dealerships. Part of the agreement was for Sinclair to manage the advertising and programming, as well as having the option to buy back the station.

These plans to have overt control over the stations was a sticking point for Pai.

Here’s the astounding part: Sinclair had a friendly regulatory environment in which to work — and they messed it up.

For years, Pai had split the seas for Sinclair to take over local TV news.

There was the way he reverted how the FCC calculates a station’s audience reach, which helps media giants like Sinclair own more stations. He then explored the possibility of increasing these ownership limits outright — which, again, helps Sinclair. The content and timing of these decisions caught the attention of the FCC inspector general’s office, which is investigating whether Pai improperly showed “preferential treatment” to Sinclair.

The lone Democrat on the FCC commission, Jessica Rosenworcel, put it more bluntly: “As I have noted before, too many of this agency’s media policies have been custom built to support the business plans of Sinclair Broadcasting.”

But Sinclair wanted more. It tried brazenly to find ways to control more stations than allowed. And in December, Sinclair pushed back against a $13 million FCC fine for failing to disclose that what looked like news stories were actually sponsored commercials by a cancer institute. Sinclair argued it shouldn’t be fined for “simple human error.” Perhaps this defiance of the FCC didn’t sit well with the commission.

As Politico’s Margaret Harding McGill reports, this is a “tale of stunning hubris.” One person in the media industry told her: “Let’s be honest, if you’re Sinclair and you lose Chairman Pai, you’ve done something wrong.”

Sinclair had all the pieces to build an even more powerful conservative media juggernaut — a tool to further influence political messaging on the local level, unlike any other company in the US, all while sitting in the good graces of the FCC chair.

But Sinclair wanted more, and now that greed might cost them.