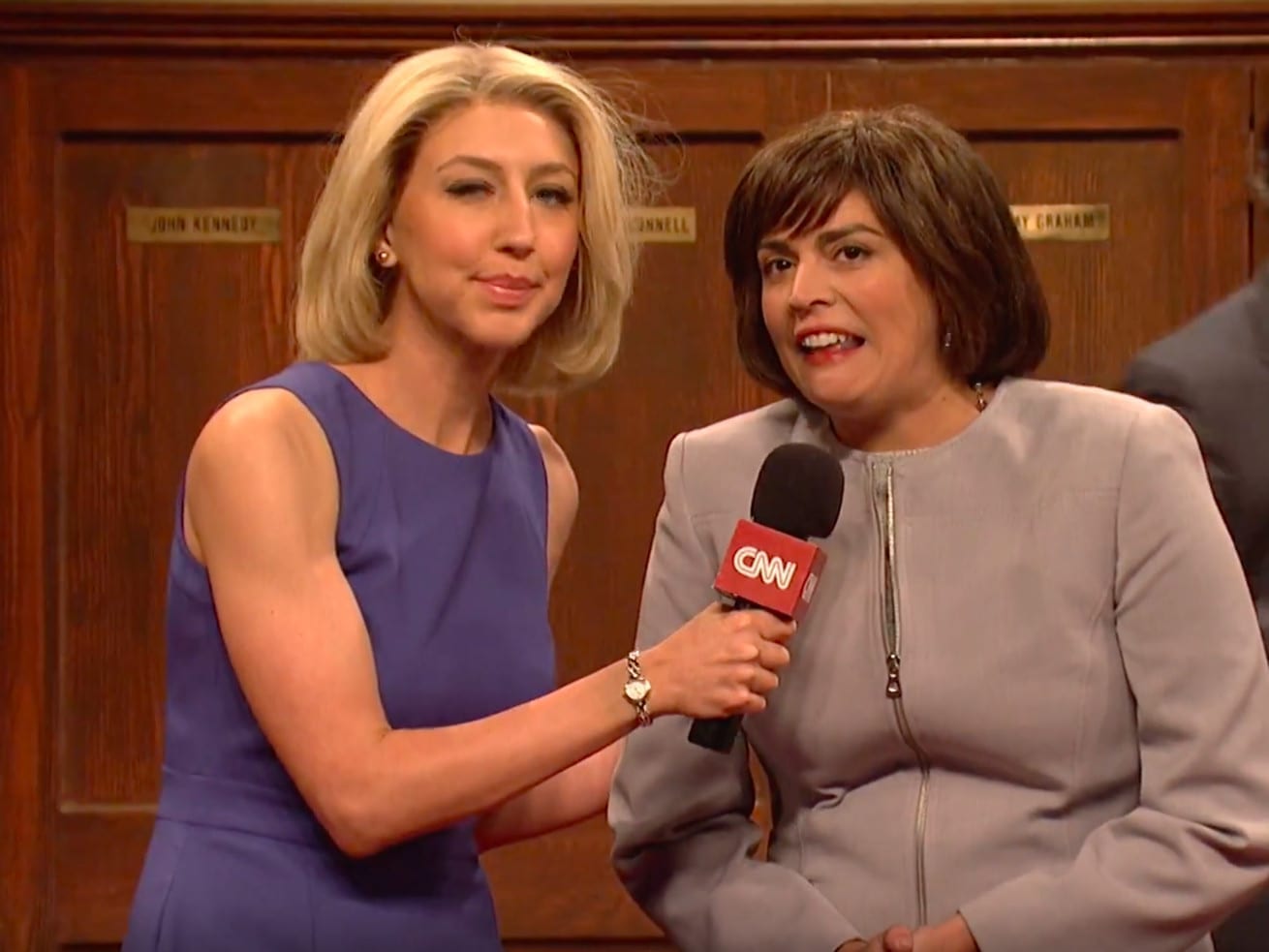 The cold open of a lackluster episode focused on Republican Senators partying in the GOP locker room.

At the end of one of the most politically divisive days in recent memory, with the Senate voting by a slim majority to confirm Brett Kavanaugh to the US Supreme Court, Saturday Night Live devoted its cold open to a “euphoric” GOP — with nearly all of the regular cast members portraying Republican Senators as they celebrated the confirmation in the world’s most symbolic locker room.

While the skit satirized the whole crew — ”We made a lot of women real worried today, but I’m not getting pregnant so I don’t care,” said Mckinnon’s Graham — Collins received extra attention.

Collins’s controversial swing vote in favor of Kavanaugh may well reverberate through the Supreme Court for decades, and SNL made it clear how it felt about the crucial role she played in the confirmation — not to mention the lengthy Senate floor speech she gave on Friday, in which she announced her decision.

“We couldn’t have done it without Susan Collins.” — Sen. Lindsey Graham #SNL pic.twitter.com/m1hfjgoWI4

“The last thing I wanted was to make this about me,” said Strong’s Collins. “That’s why I told everyone to tune in at 3 pm. To tell all my female supporters, psych!”

“Listen, I think it’s important to believe women until it’s time to stop,” she added. “Now, let’s party like it’s 2020 when Susan Rice takes my seat” — a reference to a viral crowdfunding campaign that has already raised $3 million to unseat Collins and install her opponent.

While pointed, none of the jokes were especially sharp, and they set the tone for what ultimately turned out to be a lackluster episode of SNL. Other political sketches of the evening referenced the new “presidential alert” system and the tight Texas electoral race between Beto O’Rourke and Sen. Ted Cruz — with Cruz played by Beck Bennett in a skit painting him as cursed and incompetent.

SNL also took a moment to respond to Kanye West’s awkward pro-Trump speech in last week’s season opener. “What Kanye said after he went off the air last week was one of the worst, most awkward things I’ve ever seen here,” said Pete Davidson, speaking as himself during Weekend Update. “And I’ve seen Chevy Chase speak to an intern.”

Who’s winning the Democratic primary in the polls, explained
Surgical gowns cost my hospital 40 cents before the pandemic. Now they’re $9.
The Vox Senate interview: John Hickenlooper believes he can help revive bipartisanship in the Senate
President Trump has tested positive for coronavirus
Sojourner Truth’s “Ain’t I a Woman” is one of the greatest speeches in American rhetoric
America at the breaking point