SNL’s cold open asks if anything in America still works 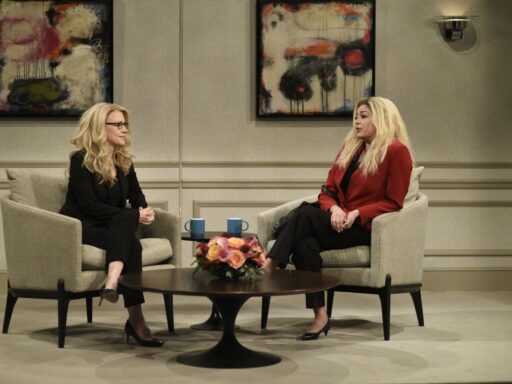 After a year that seemed to last a decade, the month of January, 2021, has somehow also managed to pack a lifetime’s worth of major historic events into a few weeks. And as of this writing, it is, in fact, still January.

That was the premise of Saturday Night Live’s cold open for its January 30 show, which featured a spoof gentle morning talk shows called What Still Works?

Kate McKinnon played the host, and began the segment with the question: “It’s a new year and we have a new president, so some things should work. But do they?”

A range of characters came out to answer that question by speaking on topics, including politics, finance, technology, and health — each touching on the fact that in the past few weeks, a new Congress has been sworn in, there was an attempted insurrection at the US Capitol, former President Donald Trump became the first president to be impeached twice, an internet community helped drive a major stock market squeeze, and the pandemic continues to take thousands of lives per day.

Out first was QAnon adherent Rep. Marjorie Taylor Greene (played by Cecily Strong) to talk government. McKinnon prompted her to review her week, which included the surfacing of previous incorrect statements, ranging from her claim that California’s 2018 forest fires were caused by Jewish-controlled space lasers to her suggestions that school shootings aren’t real.

“And those are real things you believe and tell other people about? And you’re a US representative?” McKinnon asked, to which Strong replied, “Mmhm, yep.”

“People can Google you and it’ll say, ‘She’s a real member of the US government?’” McKinnon asked.

“That may not be the first thing that comes up, but yes,” Strong replied.

Next, McKinnon turned to talk about the stock market. “That usually works, right? That’s where people invest all their retirement money, so it should probably work.”

Out came Pete Davidson as Derrick Boner, introduced as the new majority shareholder of GameStop. This week, that company saw its share prices soar after an army of small investors, largely encouraged by a Reddit forum, turned that stock into a valuable meme.

When asked if the stock market still works, Davidson — attired in a GameStop shirt and an enormous gold chain and fat wristwatch — replied, “Hell yeah.”

But McKinnon questioned whether GameStop, which currently relies on an increasingly obsolete business model at a time when many people download or stream games, will be able to maintain its sky-high share prices.

“The entire system is a joke?” he replied.

“Exactly,” she said. “So, the stock market no longer works.”

Next, McKinnon questioned Twitter CEO Jack Dorsey (played by Mikey Day), and Facebook CEO Mark Zuckerberg (played by Alex Moffat), quickly concluding that social media is broken, too, after each reflected on the role the major tech platforms played in amplifying far-right voices ahead of the violent siege of the Capitol.

In focusing on the Covid-19 vaccine rollout, McKinnon brought out Kenan Thompson as O.J. Simpson, who received an inoculation this week.

“Get your shot. I got mine!!!” the 73-year-old, whose age puts him in his state’s priority group, posted on Twitter on Friday. The post drew backlash from some who felt the former football star was getting special treatment, as millions of vulnerable Americans still have not received theirs amid a bumpy and disorganized distribution scheme.

“Hey, guilty as charged,” Thompson’s Simpson laughed. “About the vaccine!”

“You might be the only thing in America that still works,” McKinnon said. “So I guess everyone must be rooting for you, right?”

“Almost no one,” Krasinski replied.

McKinnon said she’d root for him, because “it’s not like you’re a weird Trump guy or anything, right?”

Brady has long faced such questions over his relationship with Trump, and at that, Krasinski left.

McKinnon ended the segment by joking that she’s been “slowly losing my mind with all of you,” and with a more sober acknowledgment that amid all the news, it is okay to sometimes feel overwhelmed.

How The Little Stranger uses its ghost story to mask a study in toxic masculinity
America’s failures to test, trace, and isolate, explained
Trump reportedly considered putting an ally willing to dispute election results in charge of the DOJ
Domestic terrorism is on the rise. Why won’t cable news networks say so?
Donald Trump has a weird soft spot for asbestos
“I just want my family to see I got handed a diploma”: 5 students on how coronavirus has affected se...