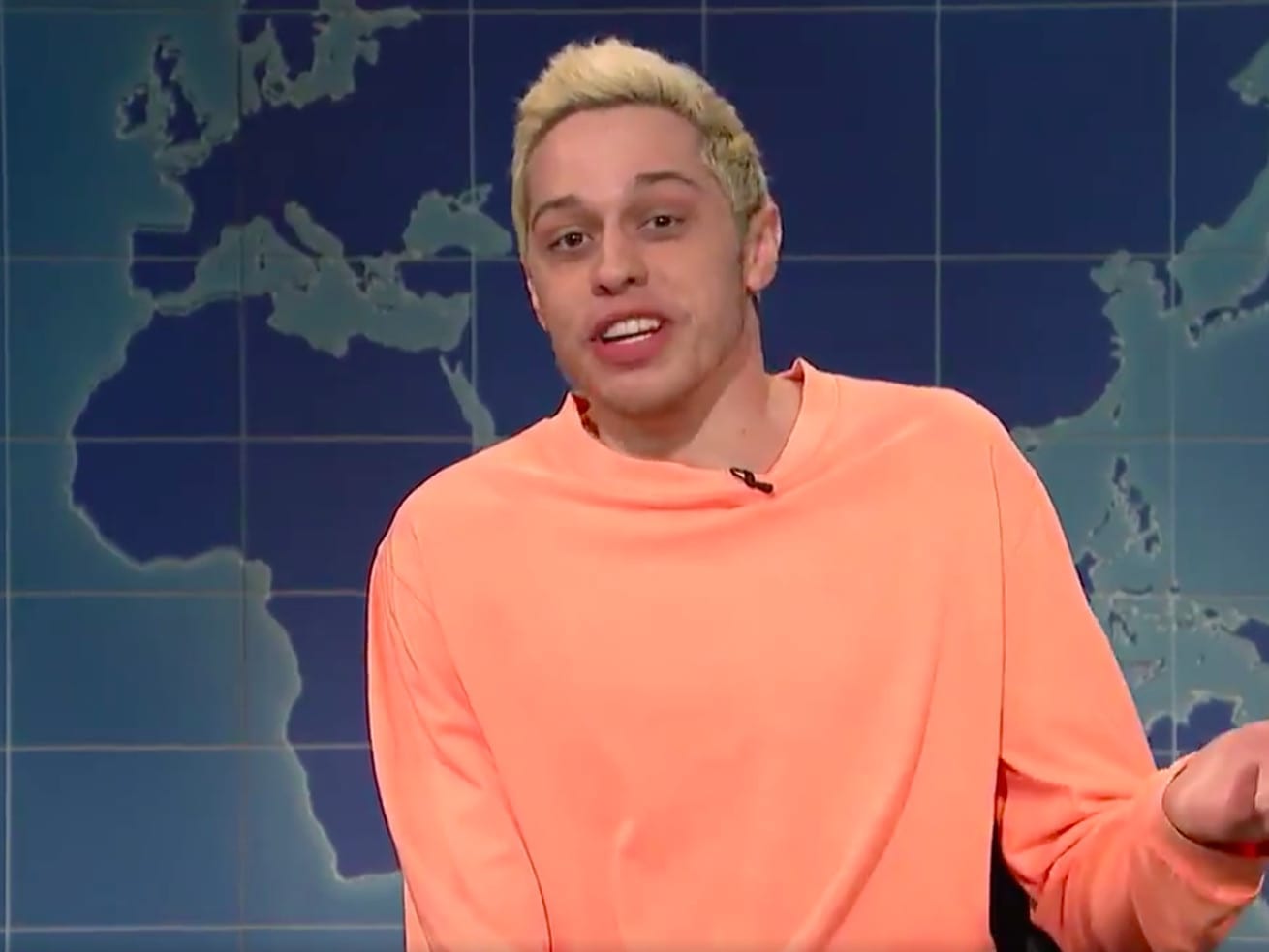 “Being mentally ill is not an excuse to act like a jackass,” Davidson said.

In the second episode of its 44th season, Saturday Night Live took a moment during the regular Weekend Update segment to respond to Kanye West’s awkward pro-Trump speech, which West made at the end of the show’s September 29 season premiere.

In an otherwise blah episode, it was a moment of chagrined honesty, albeit a somewhat ableist one, in response to what seems to have been a bizarre, distorted rant from West on the subject of contemporary politics. Though West’s speech did not air during the broadcast, it was recorded by members of the show’s studio audience, including an appalled Chris Rock.

SNL cast member Pete Davidson spoke for himself — and seemingly on behalf of the rest of the cast — joking that he had been chosen to deliver the response over Weekend Update anchor Michael Che “because Che is black, but I’m crazy, and we both know which side of Kanye is at the wheel right now.”

However, it was likely also because, as video playback showed, Davidson’s onstage reaction to West’s speech was a prolonged physical cringe. At one point, Davidson appeared to lurch off the stage.

“What Kanye said after he went off the air last week was one of the worst, most awkward things I’ve ever seen here,” Davidson said, “and I’ve seen Chevy Chase speak to an intern. And we all had to stand behind him.”

Responding to West’s statement that he’d been bullied backstage for wearing a pro-Trump “Make America Great Again” hat, Davidson continued, “I wish I bullied you. I wish I suggested that, you know, it might upset some people, like, your wife [Kim Kardashian has since said she was “embarrassed” by Kanye’s comments] or every black person ever. You know?”

Davidson also discussed some of the eyebrow-raising, inaccurate statements West made about Democrats during the speech — including that Democrats had enacted a conspiracy to remove black fathers from family homes and promote welfare. “You know how wrong about politics you have to be for me to notice?” an exasperated Davidson asked.

West, who is bipolar, recently apologized for controversial and inaccurate claims he’s now made on multiple occasions about the history of slavery in the United States, stating that he was off his medication. Davidson entreated him to go back on the meds: “Being mentally ill is not an excuse to act like a jackass, okay?”

Davidson ended his commentary with a plea to West to “make Kanye 2006 again.” For reference, that would be the era of the Kanye West who famously interrupted a televised charity drive during Hurricane Katrina in 2005 to declare that “George Bush doesn’t care about black people.”

John Roberts is the Supreme Court’s new swing vote. Is he going to overturn Roe v. Wade?
Bill Shine covered up sexual harassment at Fox News for decades until the plot blew up in his face
“Usually, trans women are side characters”
Syria’s worst humanitarian catastrophe in its 9-year civil war is now unfolding
A huge boost in infrastructure spending is very popular — if rich people pay for it
Twitter’s co-founder yearns for the time when bloggers couldn’t get instant feedback