So much for states’ rights: Trump asks the Supreme Court to block California’s “sanctuary state” law 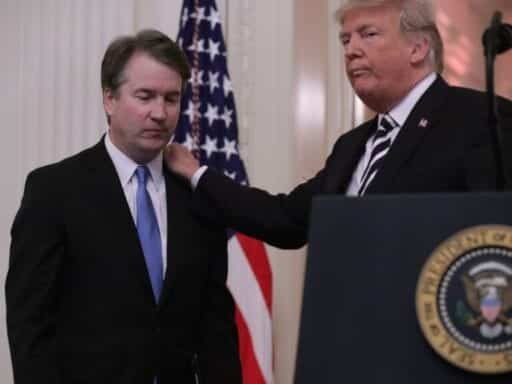 Republican justices face a test of whether they will remain loyal to their principles when those principles cut against the GOP.

Not that long ago, the Tenth Amendment was the new hotness in Republican circles.

Shortly after President Obama took office, Republicans looked to the amendment — a states’ rights provision providing that the federal government’s powers are not limitless — as a way to prevent the federal government from doing much of anything at all. The backbone of the 2012 Supreme Court challenge to Obamacare was a broad reading of the Tenth Amendment. Fox News segments and Tea Party rallies featured extravagant claims that everything from Medicare to Social Security to the minimum wage all violated the Tenth Amendment.

Fast-forward to the present, however, and the Tenth Amendment is even more gauche than wide lapels and bell-bottoms — at least in the Trump Justice Department.

Last week, the Trump administration filed a petition asking the Supreme Court to hear United States v. California, a challenge to a California “sanctuary state” law that prevents state law enforcement officers from assisting federal immigration officers who seek to deport certain undocumented immigrants. The crux of the administration’s argument is that its immigration policies are immune to a long-standing Tenth Amendment doctrine that historically was championed by conservative justices.

California, in other words, is not just an important immigration case. It is, if the Court takes it up, an integrity test for the Supreme Court’s Republican majority. The core question in California is whether the Court will exempt the Trump administration’s deportation policies from a states’ rights doctrine known as “anti-commandeering,” which typically prohibits the federal government from giving orders to state officials.

For the last quarter century, conservatives were all about anti-commandeering. The Trump administration’s argument suggests that they’re more flexible about the principle now that this particular Republican president is in power.

And if the Court grants Trump this exemption from the Tenth Amendment, it is an ominous sign that it could decide that other provisions of the Constitution also don’t apply to Trump’s other immigration policies.

Broadly speaking, CVA instructs state and local police not to cooperate with federal immigration officials who want them to detain a particular immigrant or who want help identifying and rounding up many undocumented immigrants as those immigrants are released from state jails and prisons.

The CVA prohibits California state and local law enforcement officers from “inquiring into an individual’s immigration status.” It does not allow these officers to detain “an individual on the basis of a hold request” from federal immigration authorities. And it prohibits state and local law enforcement agencies from “providing information regarding a person’s release … unless that information is available to the public.”

The law does contain several significant exceptions to these general policies. State officials may transfer someone to federal immigration authorities, for example, if those authorities produce “a judicial warrant or judicial probable cause determination.” Immigrants convicted of especially serious crimes, such as “a felony punishable by imprisonment in the state prison,” are not protected by the CVA.

In most states, it’s common for state law enforcement agencies to work closely with federal immigration officials to identify undocumented immigrants in their custody and to transfer those immigrants to the feds once the immigrant is released. CVA seeks to prevent this kind of cooperation, at least with respect to immigrants who commit minor offenses or who are arrested but not convicted.

As the Trump administration complains, CVA effectively requires federal immigration officers to “stake out a jail and seek to make a public arrest” if it wants to catch a particular immigrant as they are leaving that facility. That’s a significant drain on federal resources in order to round up low-level offenders.

As mentioned above, the California litigation turns on something known as the Anti-Commandeering Doctrine, a legal doctrine derived from the Tenth Amendment, which typically prevents the federal government from ordering state officials to act against the wishes of their state.

The Tenth Amendment is a single sentence: “The powers not delegated to the United States by the Constitution, nor prohibited by it to the states, are reserved to the states respectively, or to the people.” Thus, the Constitution gives Congress a laundry list of enumerated powers and federal law cannot reach beyond the scope of these powers.

According to the Supreme Court, the Anti-Commandeering Doctrine flows from this general rule that the federal government may not do anything it’s not specifically authorized to do in the Constitution. As the Court explained in Murphy v. NCAA (2018), “conspicuously absent from the list of powers given to Congress is the power to issue direct orders to the governments of the States.”

The federal government has broad authority to prohibit many activities, and it also has broad power to exclude non-citizens from the United States. But the Anti-Commandeering Doctrine says the federal government may not order states to enforce federal law. If the feds want to deport undocumented immigrants who live in California, it may do so. But it must hire its own agents to find and arrest these immigrants. It cannot order California to assist federal immigration officers if California does not want to provide this assistance.

Which brings us back to the California Values Act. The CVA is a pretty straightforward application of California’s rights under the Anti-Commandeering Doctrine. California did not order its police to actively resist federal officials who seek to enforce immigration laws. It merely said that those police will not assist federal immigration officials.

And, under the Anti-Commandeering Doctrine, the federal government cannot “issue direct orders to” those state police. That means that California may withhold assistance to federal law enforcement.

The Anti-Commandeering Doctrine was created and incubated by conservative justices

The Anti-Commandeering Doctrine arose out of the Court’s 6-3 decision in New York v United States (1992), a decision joined by every member of the Court’s conservative bloc plus the moderate liberal Justice David Souter. That decision struck down a federal law that required some states to take responsibility for low-level radioactive waste generated within their borders.

The doctrine next arose in Printz v. United States (1997), which split the Court along familiar 5-4 lines, with the conservative majority striking down a federal law “commanding state and local law enforcement officers to conduct background checks on prospective handgun purchasers.” The Court’s most recent anti-commandeering case, Murphy, also united the Court’s conservative bloc in the majority, with the Court’s liberal bloc dividing on whether to apply the doctrine in that case.

The point is that conservative justices have historically championed the Anti-Commandeering Doctrine while liberal attitudes toward it range from acquiescence to outright resistance. And that’s not really surprising. It makes sense that members of a political faction that tends to be sympathetic to states’ rights arguments would support something like anti-commandeering.

The Trump administration, however, asks the Republican-controlled Supreme Court to effectively create an immigration exception to this doctrine. And its arguments are not especially convincing.

Much of the administration’s petition asking the Supreme Court to hear the California case turns on Arizona v. United States (2012), which stuck down parts of a state law that sought to impose a harsher immigration regime within Arizona than federal law permitted. “The Government of the United States has broad, undoubted power over the subject of immigration and the status of aliens,” the Supreme Court declared in Arizona.

Arizona has nothing to say about how the Anti-Commandeering Doctrine should apply to California and the Trump administration’s reliance on it is a non sequitur.

Other parts of the Trump administration’s argument, meanwhile, are downright imperial. Consider this passage:

California’s ability to hold aliens in its criminal system derives from the federal government’s decision to let it do so. Aliens are present and may remain in the United States only as provided for under the auspices of federal immigration law. It therefore is the United States, not California, that “retains the right” to set the conditions under which aliens in this country may be detained, released, and removed.

The administration appears to be saying that all non-citizens present in the United States are only here through the sufferance of the federal government. Thus, California may not even enforce its own criminal laws against those immigrants unless it does so on the federal government’s terms.

But this argument completely misunderstands why the rule against commandeering exists. As the Court explained in Murphy, “both the Federal Government and the States wield sovereign powers.” The federal government may wield its enumerated powers as it chooses, but “all other legislative power is reserved for the States, as the Tenth Amendment confirms.” That includes California’s power to enact criminal laws and to enforce those laws against immigrants who violate them — without having to give up its own rights under the Anti-Commandeering Doctrine in the process.

The Trump administration’s argument, in other words, is not convincing. And it shouldn’t convince any judge who claims to be committed to the principles that the Supreme Court announced in New York, Printz, and Murphy.

We’ll find out soon whether the Supreme Court’s Republican majority will remain committed to those principles, however, now that the Trump administration finds them inconvenient.

Vox Sentences: Alex Jones gets no-platformed
Amazon went from convenient to essential during the coronavirus pandemic. At what cost?
Democrats are trying to make coronavirus treatment free for patients
Republicans want to out the whistleblower because they can’t defend Trump on the merits
Just because you’re working from home doesn’t mean your boss isn’t watching you
This is the moment the Peter Strzok hearing went off the rails