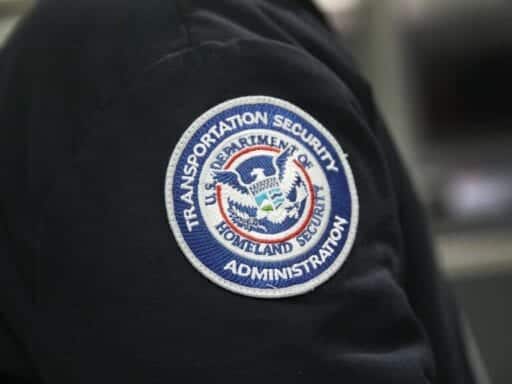 The TSA is fully implementing the “Real ID” program in October 2020, or so it says.

In a little over a year, anyone who wants to board a domestic flight in the US will need to have a Real ID-compliant license. If this warning sounds familiar, it’s because the Transportation Security Administration has been warning passengers for years that their driver’s licenses may not comply with the new standards. But this time, they say, the deadline is final.

Starting on October 1, 2020, the TSA will turn down noncompliant driver’s licenses, meaning travelers will need to show another form of federally accepted identification, like a US passport or permanent resident card, if they want to make it past security and onto their flight. The good news is that almost every state already issues compliant licenses, though there are a few exceptions. Kentucky, Maine, New Jersey, Oregon, Oklahoma, and Rhode Island still aren’t in compliance and have been granted extensions for meeting the rules. In California, Real ID compliance is “under review.” The deadlines for these states to become compliant are as follows:

For years, the TSA has been warning that a regular driver’s license would no longer work as a form of ID, only to push back the Real ID deadline, which has caused confusion for passengers in the past. The Real ID Act, which was passed in response to the 9/11 terror attacks, was implemented in 2005, but fewer than half of all US states had begun issuing compliant IDs as of 2015.

In a statement, a TSA spokesperson said the Department of Homeland Security has been working with states to implement Real ID:

DHS has been working with states for years around REAL ID compliance and have provided technical assistance, grants and other support to them. We are also providing more than two years advance notice of implementation with respect to domestic air travel to allow ample time for all states to achieve compliance, or for potential air travelers to acquire an alternate form of ID if their state does not comply with REAL ID.

Opponents across the country, many of whom were privacy advocates, claimed that the federal government doesn’t have the authority to force states to adopt such stringent identification standards — and they were right. (The American Civil Liberties Union said the program “would have a tremendously destructive impact on privacy.”). But as the New York Times noted in 2015, some loopholes — like domestic air travel — have let the federal government strong-arm states into compliance.

Congress may not be able to require states to change their ID standards, but the TSA, a federal agency, can refuse to let passengers with noncompliant IDs board flights. (Or, at least, it can ask them to provide another form of identification, like a passport, and deny them access if they don’t have it.) Since January 2018, TSA officers have been instructed to require passengers who don’t have Real ID-compliant driver’s licenses to show another form of identification if they want to get on their flight, a spokesperson said.

So what does this mean for the average person? That depends on how old your driver’s license is and which state issued it. If your license has a star on the top right corner, you’re in the clear. And it’s very possible you may have a compliant license without even knowing — I just checked mine and the little star, which I had never noticed before, was there. If your license doesn’t have the star, though, you might just have to go to the DMV.

Correction: The TSA previously sent along outdated information regarding instructions to TSA officers; that information has been updated in the story.