Sorry, but Democrats need to talk about Hunter Biden 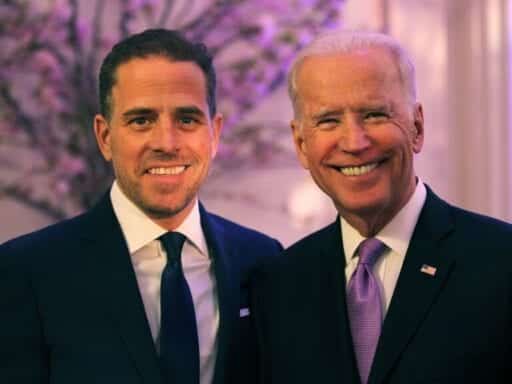 Democrats are afraid to talk about Hunter Biden. Trump won’t be.

Democrats need to talk about Hunter Biden. Sorry, but they do.

The fourth Democratic presidential primary debate opened by asking all 12 participants about impeachment. Once the round-robin was finished, CNN’s Anderson Cooper turned to Joe Biden and asked this carefully phrased question:

The impeachment inquiry is centered on President Trump’s attempts to get political dirt on Vice President Biden and his son. President Trump has falsely accused your son of doing something wrong while serving on a company board in Ukraine. I want to point out there’s no evidence of wrongdoing by either one of you.

Chastened, the moderators moved on to ask Elizabeth Warren about whether she’d raise taxes to pay for Medicare-for-all. But even that, apparently, had been too much. A few minutes later, asked his views on a federal job guarantee, Sen. Cory Booker denounced the moderators for subjecting Biden to such humiliating scrutiny. “I saw this play in 2016’s election,” he said. “We are … elevating a lie and attacking a statesman. That was so offensive. The only person sitting at home that was enjoying that was Donald Trump.”

A few things are true about the Hunter Biden story. One is that there’s no evidence Joe Biden did what Donald Trump has accused him of doing: pressuring Ukraine to fire a prosecutor to protect his son from investigation.

But another is that Hunter Biden poses real problems for Joe Biden’s campaign, and if Democrats pretend otherwise, they’re making a mistake.

Many Democrats consider raising the Hunter Biden question unfair to Joe Biden. Why should he have to answer for the legal actions of his adult son? But no one said politics was fair. And if Democrats avoid the issue, they can be certain Trump will not. Biden’s vulnerability here needs to be tested in the primary, when Democrats have other choices, rather than in the general, when they won’t.

Hunter Biden isn’t a natural gas expert, and he’s not a Ukraine expert. But he was son of the then vice president of the United states. And that’s why he was paid hundreds of thousands of dollars to sit on Burisma’s board — among others. The New Yorker’s investigation, which predates the revelation of Trump’s call with Ukraine President Volodymyr Zelensky, put it well:

Several former officials in the Obama Administration and at the State Department insisted that Hunter’s role at Burisma had no effect on his father’s policies in Ukraine, but said that, nevertheless, Hunter should not have taken the board seat. As the former senior White House aide put it, there was a perception that “Hunter was on the loose, potentially undermining his father’s message.” The same aide said that Hunter should have recognized that at least some of his foreign business partners were motivated to work with him because they wanted “to be able to say that they are affiliated with Biden.” A former business associate said, “The appearance of a conflict of interest is good enough, at this level of politics, to keep you from doing things like that.”

It wasn’t illegal for Hunter Biden to take that job. But Hunter Biden himself has admitted it was “poor judgment.” It’s reminiscent of nothing so much as the $675,000 Hillary Clinton took for giving speeches to Goldman Sachs: not illegal, but a kind of soft corruption that voters find loathsome.

Clinton and Biden both make the same argument: The money — in Clinton’s case direct, in Biden’s case to his son — didn’t affect their decisions. I believe Biden on this. But these are huge sums and represent a kind of DC back-scratching and influence-trading that voters dislike. Getting paid hundreds of thousands of dollars for doing basically no work is a rare gift, and the cost of accepting that gift or of letting a family member accept it is it can be used against you in a future election.

None of this is news to Biden. As the Intercept’s Ryan Grim documented, Biden has faced attacks for decades over not just Hunter’s work, but his brother James’s efforts to cash in on his name, so he knew this was a vulnerability long before Burisma. Biden’s answer here seems to have been to create a personal firewall about the topics he’d discuss with Hunter. “I never discussed a single thing with my son about anything having do with Ukraine,” he said. “No one has indicated I have. We kept everything separate.”

What’s unusual about this case is Hunter Biden appears to have inadvertently done his country a great service: He lured Donald Trump into openly extorting a foreign country to investigate the son of a domestic political rival. It’s an important revelation that has launched an impeachment inquiry against Donald Trump and may help Democrats win back the White House. But is Joe Biden going to be the strongest Democratic contender in this conversation? Or will his ability to make the case be compromised, as every time he attacks Trump for soliciting foreign assistance, Trump will counter with allegations about why exactly Hunter Biden was being paid so much money by a Ukrainian natural gas giant?

Here is a list of people who have criticized Hunter Biden of Nepotism in the last 24 hours:

Presented to you by 23andMe.

Hunter Biden’s exploits also make it hard for Biden to launch what should be a broader, and damning, attack on Trump: that he’s compromised and corrupted the government through nepotism and self-dealing. Twitter is full of liberals mocking the hypocrisy of the Trump children for attacking Biden, but the money Hunter Biden made trading on the Biden name weakens Joe Biden’s ability to make the case against Trump’s nepotism and corruption, even though it’s clearly one of Trump’s core vulnerabilities.

Booker, like other Democrats I’ve heard, analogized talking about Hunter Biden’s job in Ukraine to talking about Hillary Clinton’s emails — an unfair smear that is legitimized when raised by the media or other candidates. “I am having deja vu all over again,” he said.

Me too, but for a different reason.

In 2016, Bernie Sanders famously refused to attack Clinton’s emails in the debates. “The American people are sick and tired about hearing about your damn emails,” he said to applause. The result was that rather than Democrats realizing how damaging that story was — and how ineffective Clinton was at putting it to rest — during the primary, they found that out in the general election. And yes, the media deserves the blame for the coverage decisions, but Democrats can’t simply assume the media won’t make the same mistakes in 2020. The lesson of Clinton’s emails is that unfair smears can help Donald Trump get elected.

I’m not arguing that any of this disqualifies Joe Biden. He may yet prove the strongest Democratic candidate. But it would be unwise for Democrats to refuse to scrutinize him out of some misplaced sense that admitting the vulnerability is playing into Trump’s hands or is unfair to Biden. What would be playing into Trump’s hands is ignoring an obvious vulnerability so that he can exploit it later.