Spider-Man: Into the Spider-Verse proves Spider-Man doesn’t need the MCU to be great 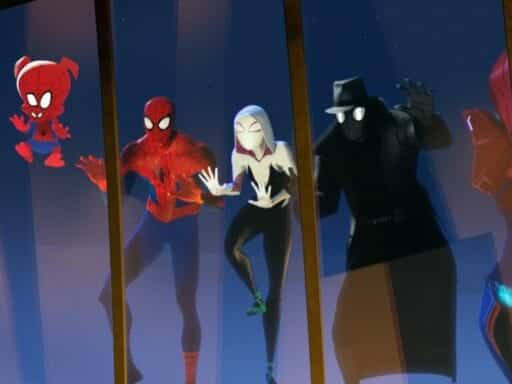 Spider-Man: Into the Spider-Verse can be a blueprint if Spider-Man exits the MCU

But according to Marvel Studios president Kevin Feige, Spider-Man and the Marvel Cinematic Universe are done. They’ve broken up. The relationship is over.

“It was a dream that I never thought would happen,” Feige told Entertainment Weekly during Disney’s fan convention D23 this month. “It was never meant to last forever. We knew there was a finite amount of time that we’d be able to do this, and we told the story we wanted to tell, and I’ll always be thankful for that.”

Despite the obvious benefits of keeping Spider-Man in the MCU, for both Marvel and Sony, no agreement to maintain their working relationship has been made.

And perhaps it’s time to weigh what would happen if no deal is ever struck.

Marvel is Hollywood’s premier studio for superhero movies right now, and excising Spider-Man from its universe would be a loss for fans (and not to mention introduce major plot holes). But it would be disingenuous to point to Spidey’s likely departure from the MCU as the literal or metaphorical end of the character’s big-screen success.

Because the MCU is such a critical and commercial juggernaut, it’s become the biggest reference point for Marvel superhero movies. As much as we loved Tobey Maguire and Sam Raimi’s Spider-Man movies of the early aughts (well, two-thirds of them), Sony’s middling pre-Tom Holland reboots starring Andrew Garfield as the webslinger didn’t garner much faith or box office loyalty from fans.

And Garfield’s first starring turn hit theaters not long after The Avengers, which showed that Marvel had something great on its hands — superhero cinema had turned a corner and entered a far more impressive era. It seemed like Sony, not to mention X-Men owner 20th Century Fox, had met its match and lost mightily.

But we shouldn’t count out Sony yet. Its Spider-Man universe does something that the Marvel Cinematic Universe entries have yet to really try: It ably draws from the heroes’ comic book canon to supply it with characters whose stories are as rich as any Avenger’s. And as Spider-Man: Into the Spider-Verse has shown us, it’s just a matter of introducing them to fans.

The single greatest testament to Spider-Man’s ability to live independently from Marvel is the magic and moxie of 2018’s Spider-Man: Into the Spider-Verse. The award-winning animated film, the first in the Spider-Man canon, bucked what studios had traditionally thought about Spider-Man — namely, that he was a nerdy guy from Queens named Peter Parker.

Instead, Spider-Verse is the story of a half-black, half-Hispanic teenage web-slinger named Miles Morales, who existed all along in a parallel timeline to that of Peter’s.

Though Miles has been a popular figure in the comic books, his story had never made it to the big screen. And due to heavy-handed rules from Marvel, it long seemed unlikely that it would.

Back in 2015, shortly after it was announced that Tom Holland would play Spider-Man in the latest reboot of the franchise, documents detailing what restrictions Marvel placed on Sony in its latest Spider-Man depiction were unearthed as part of the infamous Sony hack. Marvel specified a number of taboo subjects (drug or alcohol use, sex, torture) that Spider-Man could not be involved with. But the studio never said that Sony couldn’t make a movie about a non-white — or non-Peter Parker — Spider-Man.

Yet, Sony always stuck with the classic version of the hero.

Enter Miles Morales, a character with name recognition among super fans and a family-friendly story for moviegoers. Into the Spider-Verse rolled into theaters at the end of 2018 with a daring premise: forget everything you thought you knew about Spider-Man and Peter Parker. Instead, get ready for inter-dimensional travel, a multi-verse, and a world where Spider-Man (a.k.a. Miles Morales) fights evil with help from a pig, a noir detective, and an anime character.

Miles does team up with Peter Parker during the film as well, and summons characters like MJ and Aunt May for appearances too. But this is firmly the never-before-seen story of Miles, whose background differs heavily from Peter’s. That includes his alternate rogues gallery; the movie also features Kingpin, a second or even third-tier Spidey villain compared to the likes of Thanos or Ultron. And his love interest of sorts is not MJ, but the female hero Spider-Gwen, whom studios may have thought too esoteric or too female for her own solo movie, despite being beloved by comics readers.

Despite notions that characters would be too weird or too nice or too female, and that the only Spider-Man that people care about is Peter Parker, Into the Spider-Verse succeeded.

Yes, it helps that it had the backing of celebrity voices like Nicolas Cage or John Mulaney, as well as the production power of The Lego Movie’s Phil Lord and Chris Miller. But armed with an ingeniously unique art style, strong sense of humor, and impressive action sequences, Spider-Verse became Sony Pictures Animation’s most successful movie domestically. It earned $190 million at the box office and went on to make $375 million worldwide. The film also won the Oscar for Best Animated Feature film, beating out Disney-Pixar’s much bigger film, The Incredibles 2. A Spider-Verse sequel is in the works.

Spider-Verse is proof of how Spider-Man doesn’t need Peter Parker’s name — or Marvels’ rules — to thrive. What it really takes is a well-written story and dynamic, lovable characters. It’s not unlike how, well, Marvel Studios itself turned minor-league heroes like Iron Man and Thor into household names and made a beloved franchise out of the relative unknowns like Guardians of the Galaxy.

If Holland’s Spider-Man is shut out of the MCU, there would be nothing holding his Sony-made movies from making use of these newly minted cinema stars — Miles Morales, Spider-Gwen, Kingpin, etc. (When Marvel sold the rights to Spider-Man and the X-Men, it also sold characters appearing in those comics).

Other well-known Spider-Man characters Venom (Tom Hardy) and Morbius (Jared Leto), the living vampire, could also even be joining Peter Parker in the future, depending on who you ask. After all, Sony’s 2018 picture Venom, even with its poor reviews, still made $856 million worldwide, signaling a demand for that character too.

Perhaps the trickiest part of figuring out Peter Parker and the Spider-People’s future is that Marvel and Sony, despite Feige’s ominous words, are still working towards a deal.

“It’s two corporations working their shit out,” Guardians fo the Galaxy 3 director James Gunn wrote of the Marvel-Sony debacle on Instagram on Tuesday, seemingly signaling that the negotiations are still happening. “I have no idea what’s going on behind the scenes.”

And according to the Philadelphia Inquirer, Keystone ComicCon told fans not to ask Tom Holland (who was on a panel on August 25 ) about the Sony-Marvel dispute, because “it might mess up any contract discussions that will be announced within the next few days.” The Keystone Comic Con warning is curious in that it seems to paint both Sony and Marvel as parlaying the fan concern and dramatics into an announcement.

This isn’t to say that the MCU’s incorporation of Spider-Man is broken or unappealing, but rather, his Marvel connection is just one of many things we love about the character.

Peter Parker has had such a rich and enduring history in his comic books, and the movies have barely scratched that surface. Parker also inspired a slew of beloved characters, like Morales and Spider-Gwen, and others like Cindy Moon who have yet to live on the big screen. Spider-Man’s continued connection to the MCU would have no effect on the existence of these characters or their adventures.

But if Far From Home is the last Spidey movie released under Marvel Studios’ expansive umbrella, the hero’s renewed boundary line could come with the wondrous side effect of seeing that larger world come to life.

New unemployment filings are so high only the Great Depression compares
Conservatives back down from effort to force a vote on impeaching Rod Rosenstein
The Senate just failed to overturn a Trump administration rule on the Affordable Care Act
The rapid development of AI has benefits — and poses serious risks
The Trump administration just inked another deal making it harder to claim asylum in the US
Wild, chaotic, and deeply silly, the animated Harley Quinn series is a terrific watch