Spotify is hiring Joe Rogan, one of the world’s most popular and controversial podcasters 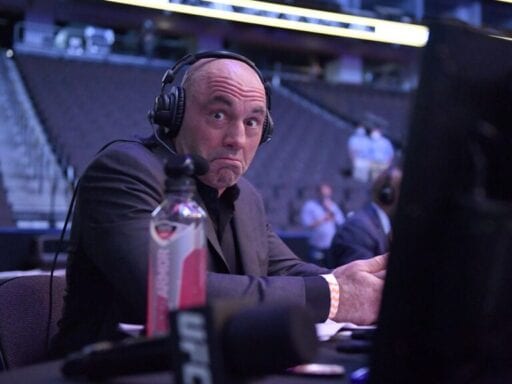 The deal means Rogan’s podcast will be exclusively on Spotify by the end of 2020.

Joe Rogan — one of the world’s most popular and influential podcasters — is taking his show to Spotify. By the end of this year, Spotify will be the only place you can hear Rogan’s podcast.

The deal, which Rogan is announcing today via his Joe Rogan Experience show, is the fifth big investment Spotify has made in the podcasting industry over the last couple of years. Unlike other deals, this isn’t an acquisition, but a “multiyear licensing deal.” So Rogan will end up owning his own work and can eventually hop somewhere else.

But it may be the most significant podcasting move Spotify has made to date: Unlike previous deals, this one is taking an existing, popular show and making it exclusive to Spotify.

So Rogan and Spotify are betting that his millions of fans who are used to consuming his show on platforms like YouTube or Apple’s Podcast app will switch over to Spotify. This has echoes of Sirius XM’s move to bring Howard Stern’s popular morning show to the satellite radio service in 2004. One big difference: Sirius was a subscription-only service, and Spotify offers a free, ad-supported version.

It’s also significant that Spotify, which like most big tech companies has tried to steer away from politics and political controversy, is hiring someone who has provided a platform to conspiracists like Alex Jones, along with key figures in the so-called “Intellectual Dark Web.” But Rogan and his politics are also difficult to pigeonhole: Earlier this year he kicked off a storm by sort-of endorsing then-presidential candidate Bernie Sanders.

Rogan will start working for Spotify on September 1, and the company says it will move all of his archives, including videos of his lengthy interviews, to its platform. At first, his fans will still be able to find his stuff outside of Spotify, but the audio company says his show will become exclusive to Spotify “later this year.”

Spotify hasn’t released terms of the deal, but it would be reasonable to assume that it’s at least in the ballpark of what Spotify paid to acquire Bill Simmons’s The Ringer earlier this year: That deal cost Spotify around $190 million, plus another $50 million or so in employment contracts.

The big difference between these agreements is that in Simmons’s case, Spotify was buying a full staff but not making their most popular shows exclusive; here, Spotify is essentially renting Rogan but making sure you have to go to Spotify to get him.

Is a high-ranking House Democrat about to lose his primary?
America’s messy Covid-19 vaccine rollout, explained
Better Call Saul is still the best at making little details devastating
Greta Thunberg is leading kids and adults from 150 countries in a massive Friday climate strike
Trump’s Baghdadi press conference shows how he ruins even his best moments
If the Supreme Court decides the election, it will likely all come down to Brett Kavanaugh