Star Wars: The Rise of Skywalker is what happens when a franchise gives up 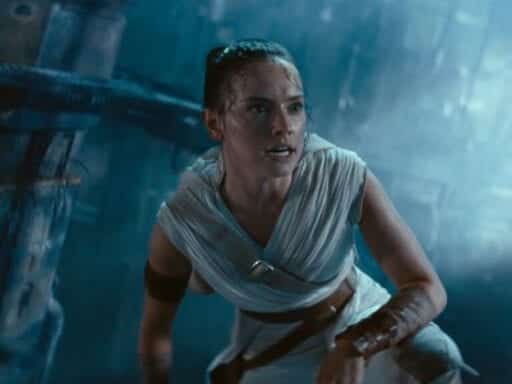 The new movie is a colossal failure of imagination.

No spoilers follow, but strong opinions do; proceed at your own risk.

Disney was preoccupied with two things in 2019. The first was growing even bigger as a company, a task it accomplished by acquiring 21st Century Fox’s TV and film assets. The second was embracing the notion that its future lies not in the innovation it was once known for, but in taking very safe bets that guarantee its coffers will continue to swell, both now and long into the future.

So that makes Star Wars: The Rise of Skywalker a pretty perfect cap to Disney’s big year: It’s both glutted with plot points and embarrassingly cautious, precisely calculated to not to poke the hornet’s nest of detractors who popped up to voice their displeasure with The Last Jedi, with some complaining about how hallowed characters developed while others voiced more overtly racist and sexist concerns. I can’t read minds, but I think this movie is likely to please those fans.

Odd, it is. The Jedi masters are always saying — including in this film — that a Jedi must be free of fear, that fear is the only enemy, that we must vanquish our fear in order to fulfill our destiny. The Rise of Skywalker emphasizes, specifically, that a Jedi cannot be afraid of her identity — which is to say, of her past or her future. But the fear is palpable in this one.

The Rise of Skywalker is a masterclass in capitulation

Again, no substantial spoilers follow, but if you’re especially averse, proceed at your own risk.

It’s best not to know too much going into a Star Wars movie, no matter what you think your opinion is going to be. So all I will say is that this one picks up not terribly long after the end of The Last Jedi. A broadcast from, well, a menacingly familiar voice has been picked up by whatever devices people in this universe use to pick up broadcasts. Kylo Ren (Adam Driver, this year’s hardest working man in Hollywood), having offed Snoke in the last movie, is now the Supreme Leader of the First Order and is running about the galaxy, looking for the voice’s source. Meanwhile, Rey (Daisy Ridley), with whom Kylo Ren shares some strong psychic connection, is training as a Jedi with Leia (the late Carrie Fisher, resurrected via repurposed footage and digital wizardry).

Resurrection is a weird little motif in The Rise of Skywalker, and maybe I should have expected that given the title. (And the fact that the first words on the iconic opening crawl are THE DEAD SPEAK!) All kinds of people are being resurrected through all kinds of means throughout the film, as memories and holograms and sort of reanimated zombie-like creatures. It turns out that nobody ever really dies anymore in this universe, a physical and metaphysical marvel driven by the need for fan service.

And while lots of things occur, very little actually happens. The movie is easier to talk about in terms of what doesn’t happen. The tease from the thrilling last scene of The Last Jedi, that the Force might be something more than just a handful of people in a couple of families can harness, is basically ignored. Nobody needs to learn anything anymore; scenes of learning through failure are kept to a minimum.

The least possible amount of character development happens (except in one oddly shallow case), mostly because the movie — which clocks in at about 2 hours and 20 minutes — is designed as a chain of successfully completed quests. The question of Rey’s parentage is resolved in an extremely boring way, making most of what happened around that question in the previous two movies totally pointless.

(What’s more, the dialogue is clunky, bad, and overly devoted to exposition — but at least that’s in keeping with most of the rest of franchise, and has become kind of endearing over the past 40 years.)

Perhaps most tellingly, Rose Tico, played by Kelly Marie Tran, who was trolled viscously by a toxic cohort of so-called Star Wars fans after The Last Jedi, is pushed to the margins of the main plot. Though she was a fairly central figure in The Last Jedi, she’s pointedly excluded in The Rise of Skywalker, especially relative to newly introduced characters. She was a welcome, spunky screen presence in the last film; in this one, the role could have been filled by anyone. It’s noticeable, and it’s hard not to think that choice is designed to avoid further angering those fans who harbor a racist vendetta against a movie that dares to cast an Asian woman in a co-starring role.

These choices and others I won’t reveal make it feel as if the film was written by committee — and, let’s be real, it probably was. (There are four credited screenwriters, including director J.J. Abrams and Jurassic World’s Colin Trevorrow, who was slated to direct this installment and then fired.) It has a lot of lightsaber battles, but it lacks humor, the thrilling reveals of The Force Awakens, and the visual imagination of The Last Jedi. Moments are emphatically teased (particularly one between Finn and Rey) and then never resolved, presumably so that they can be mined for fan service in some future comic book or TV show.

It’s just such a bummer of a movie.

Star Wars: The Rise of Skywalker has nothing new to say — and seems proud of that

If I sound exhausted, it’s honestly because I am. Is this what audiences demand from franchise movies? Films that cater to what’s comfortable and capitulates to the most unimaginative fans? That feel as if they’re just ticking boxes on a checklist? You could say I’m taking this too seriously, but I think a series as important to movies — and to millions of people — as Star Wars deserves to be taken seriously.

I could say some other stuff about The Rise of Skywalker. About its insistence on a morally simple universe where you’re either dark or light, but you only get to be on one side. About its continued mixing of gnostic and biblical imagery, but without a lot to say about either. About how it could have said something intriguing about our contemporary culture, power, or empires, but just doggedly insists on broadcasting the same two messages that Disney movies fall back on time and time again: first, that you have to believe in yourself, and second, that the real Force was the friends we made along the way.

But The Rise of Skywalker isn’t good enough to earn that kind of discourse. Some day Disney may return to its roots and start innovating again. But it seems clear, at the end of a long 2019, that it has no interest in doing so anytime soon — least of all in arguably the most innovative of the properties it owns, the Star Wars series, which blew a hole in Hollywood when it premiered four decades ago.

Star Wars: The Rise of Skywalker opens in theaters on December 19.