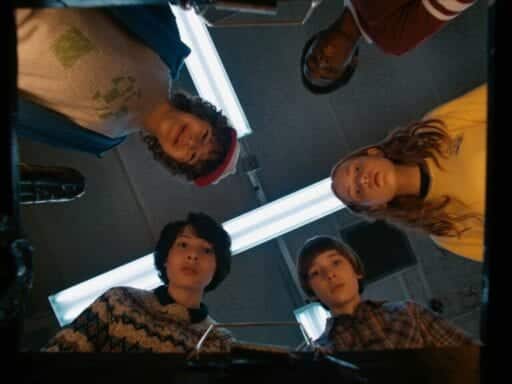 “Millennial” has become a meaningless generational label. It’s time to find a new one for a whole new group of young people!

If you had to name the generation that Parkland, Florida, high school students turned gun control activists Emma Gonzalez and David Hogg belong to, which would it be? Baby boomers? Generation X? Millennials?

What about the various middle schoolers of Netflix’s hit show Stranger Things? Or the high schoolers of The CW’s Riverdale? (This last question is a trick, since like most teens on TV, the actors on Riverdale are older than their characters.)

On one hand, this is a silly question. By definition, generations are big, broad cohorts; the US government defines the baby boom, for example, as the 18-year span from 1946 to 1964. That means it encompasses both Donald Trump (born in 1946) and Barack Obama (born in 1961), who don’t just have different politics but sometimes seem to have different frames of reference for the world entirely.

Now, giving a broad name to a generation is far too often just a way to revamp marketing to teens and 20-somethings by pretending that every new wave of them is subtly different from the last, as anybody who saw magazine cover stories about the laziness of Gen Xers reheated to describe millennials over the past 10 years could tell you. And trend pieces too often use these generational theories as a way to assign personal agency to things that happen as natural functions of changes in economics and history. Or, put another way, millennials aren’t killing mayonnaise, or country clubs, or chain restaurants. The twin tidal waves of a diversifying US population and rampant income inequality are.

On the other hand, the more that people seem to define “millennials” as “anybody younger than a baby boomer,” the more irritating I find the lackadaisical application of the term. Generations might be broad-based, but they’re not that broad-based. We don’t need a hard-and-fast definition of the term “millennial,” but whatever it’s supposed to signify loses all meaning when we apply it willy-nilly to everybody from 40-somethings to teenagers.

So let’s dig into where the term comes from, what it means, and who isn’t one. And maybe we’ll name this upcoming generation along the way.

Broadly speaking, millennials are most people in their 20s and 30s right now. There are a few edge cases here and there, mostly people in their late 30s or early 20s, and mostly depending on which definition of the term you’re using, but by and large, if you want to call a 25-year-old or a 35-year-old a millennial, go nuts.

There’s no single accepted set of years that bind the “millennial generation,” beyond a vague sense that they should have been somewhere in the process of growing up when the clock struck 12 and 1999 rolled over into 2000. (Insert pedantic disclaimer about how the millennium actually started in 2001 here.) A handful of definitions place the beginning of the generation as early as 1977 (meaning it would include 41-year-olds), but most place it somewhere in the first three years of the 1980s, with the endpoint falling somewhere in the mid-1990s.

The US government, holding with its 18-year generation policy, defines the millennial generation as people born between 1982 and 2000. But a variety of surveys by polling firms have defined the generation’s starting year as 1980 or 1981, with its concluding year sometime between 1994 and 1996. Meanwhile, when CBS aired a season of Survivor dubbed Millennials vs. Gen. X, it defined millennials as people born between 1984 and 1997 — and if you can’t trust Survivor, who can you trust?

The term was coined in 1987, to describe a generation of children who were as numerous in number as their baby boom parents. And while there were several attempts to dub the generation “Generation Y” or “the echo boomers,” the term millennial stuck, probably because it instantly defined the generation by its place in history, with the new millennium approaching, as opposed to its relative contrast to other generations. (We’ll come back to this in a moment.)

But all of that is neither here nor there. What I’m really trying to get at is that we need to stop saying millennials when we’re talking about people who are currently teenagers.

Millennials were mostly born in the ’80s and ’90s, which means that the vast majority of teens today — basically everybody under 18, even by the most lenient definitions of “millennial” — aren’t millennials. They’re their own thing. (Similarly, when writer Sandy Hingston defined 1976-born author Drew Magary as one of the millennials killing mayonnaise in her Philly magazine article on the topic, she was probably wrong too.)

The simplest reason “millennial” has come to define “everybody younger than a baby boomer” for so many people is that it’s easy shorthand. On top of that, Generation X is comparatively small when stacked up against both the baby boom and the millennials, as well as more evenly split, politically, than the heavily left-leaning millennials and right-leaning baby boomers. All of that makes it absurdly tempting to frame most American conflicts as a war between the baby boom and the millennials.

But that framing is about to become a lot less useful as the generation after millennials starts to enter adulthood.

Whatever comes after the millennials, explained

One of the reasons it’s easy to define today’s teens, or even today’s kids, as millennials is that they haven’t really started asserting their consumer preferences in ways that will be obvious to the broader American marketplace.

We know they watch a lot of YouTube and are absurdly tech-savvy. It seems like their politics might be even more left-leaning than their older siblings in the millennial generation (unless they’ll be wildly reactionary and right-leaning). But they’re also young enough that when some of their pop culture crosses over into the mainstream — as when YouTube prankster Logan Paul wound up in hot water for showing the dead body of someone who died by suicide on his channel — it’s understandably easy for most people older than 25 to wrinkle their brows and say, “What the fuck is going onnn?!”

But as these youths grow older, they’re entering most valuable consumer demographics out there — their 20s and 30s. Advertisers will start targeting them, journalists will start trying to define them, and suddenly we’ll be at the dawn of a whole new era where we worry about how the Kids Today are changing everything, because aging keeps happening, babies keep being born, and death is inevitable. (Alive on this planet right now is a 3-year-old who will someday write a smug magazine cover story about how the generation just below hers doesn’t have its priorities in order.)

The larger point here is that until these young people really start making their preferences known, we’re not going to have a handy generational label to slap on them. Generation Z won’t work because, again, it’s difficult to define a new generation by terms better applied to an old one (and also because Generation Y never took hold). Similarly, the briefly floated “perennials” — which technically refers to all people of all ages who embrace a younger mindset, but sure Jan dot gif — won’t work because it sounds too much like “millennials.” I keep trying to make “Generation YouTube” happen, but tying a whole generation to a specific piece of technology is probably a bad idea too.

But there are already people trying to come up with a solution to this very problem. I talk to a lot of people in the TV industry, and those who work for networks aimed at kids have been thinking about how to attract these younger viewers for more than a decade now. And when I spoke to some folks at Cartoon Network a few years ago for a different story, they used a term that, I think, defines this new generation just about perfectly.

Cartoon Network has come to define the generation just entering college and the workplace in terms of what might be the most defining element of its relationship to technology. Having grown up with multiple screens, these kids are really, really, really good at dividing their attention among multiple sources. They can be looking at a phone, watching a TV, poking away at homework, and listening to a parent tell them to take out the trash all at the same time, while mostly keeping all of that information straight.

As such, the network dubbed this generation the “plurals.”

I like that term both because it describes something fundamental about the post-millennial generation — a love of lots of different sources of information streaming at once — and because it sounds a little like a post-apocalyptic street gang. (I would also accept “the multiples,” if you think “plurals” sounds too sinister.) But you know what? If nobody else does and collectively decides to call them “the teenyboppers” or “the scourge” or “the last generation ever,” that’s fine too. Just stop. Calling teenagers. Millennials.

Nunes threatens to sue CNN for reporting on statement made by indicted Giuliani associate’s lawyer
Greta Thunberg is right: It’s time to haul ass on climate change
Beyoncé’s Lemonade is one of the best movies of the 2010s
House to vote Wednesday on immigration bill as GOP leaders try to find consensus
The Untamed, streaming on Netflix, ripped my heart out and fed it to me. I can’t get enough.
Edie Falco will always tell you exactly what she thinks, like it or not