Stranger Things season 3: everything we know so far 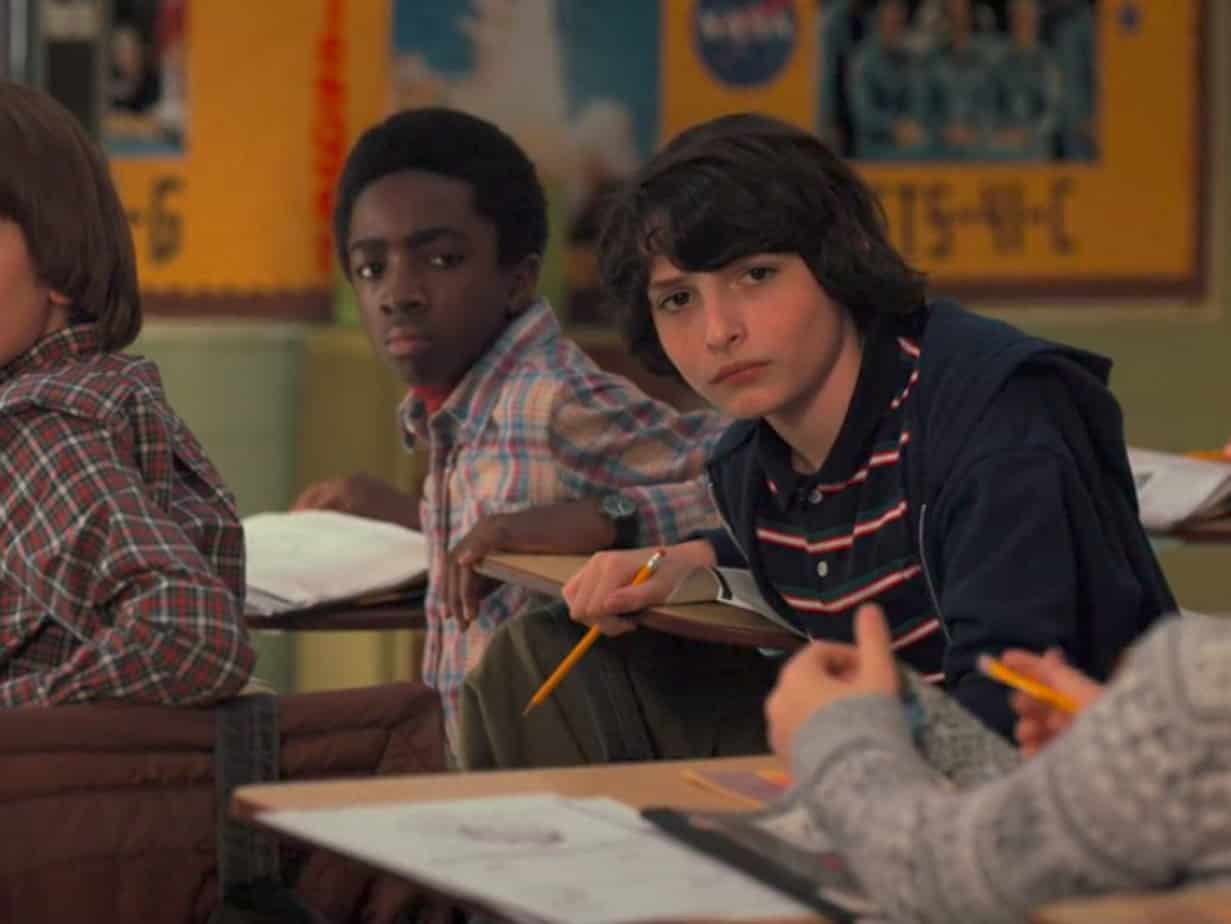 With Stranger Things season three now in production — and the first teaser trailer officially available for fans of the hit Netflix series to pick apart — it’s time to take stock of where we left off, and what’s to come. There haven’t been many clues as of yet, either in terms of where the story will go next or what tone it’ll take, but the puzzle pieces we do have promise the same kind of nostalgia-tinged thrill ride we’ve come to expect from the show.

Here’s what we know so far.

Anyone even remotely familiar with the aesthetics of the 1980s is likely to get a kick out of the first teaser for the third season of Stranger Things. It’s a promo for Hawkins’ new Starcourt Mall, featuring shout-outs to shops like Claire’s and Sam Goody. More importantly, though, it features Steve Harrington (Joe Keery) hard at work at the ice cream shop Scoops Ahoy, along with newcomer Robin (Maya Hawke, daughter of Ethan Hawke and Uma Thurman).

Ahoy! Something is coming… to Hawkins, Indiana! pic.twitter.com/BI4wFRVzvB

Robin is described as an “alternative girl” who grows tired of her day job and goes looking for excitement in Hawkins. Her proximity to Steve, who dove headfirst into the strange happenings in town last season, would suggest that she’s about to find it.

The teaser ends with the announcement that the mall will be opening next summer, suggesting that we’ll have to wait until summer 2019 to see the third season, though no exact release date has been officially announced yet.

The ending also shakes up the world of the show a bit, as Noah Schnapp, who plays Will Beyers, confirmed that the new season will take place in the summer of 1985, presumably providing a glimpse of the characters kicking back for summer vacation.

Additionally, the new season is set to be eight episodes long, and may be our penultimate outing into Hawkins. “We’re thinking it will be a four-season thing and then out,” co-director Ross Duffer said last year, noting that the young cast would keep growing, and that it would be ridiculous to have them keep experiencing one cataclysmic event per year.

There will be other new faces in Hawkins, and bigger roles for some familiar ones

When we last visited Hawkins, Indiana, the Mind Flayer was looming over Hawkins Middle School, making it clear that wresting Will Byers (Noah Schnapp) from the monster’s grasp was just the beginning of the town’s troubles. Season two provided more questions than answers, expanding the series’ mythos and diving deeper into the Upside Down, as well as Eleven’s (Millie Bobby Brown) superpowered siblings.

Though Stranger Things’ main cast is all set to return for this third outing, as are the second season’s cast addition Sean Astin, Paul Reiser, and Sadie Sink, the new season of Stranger Things is bringing in a little fresh blood. In addition to Robin, there’s a new teen in town called Heather (Francesca Reale), “a popular lifeguard at the Hawkins community pool.”

There are also some established names joining the cast. The Princess Bride heartthrob Cary Elwes will feature as Mayor Larry Kline, a “classic, 80’s style slick politician [who is] pathetic and driven only by his own interests.” Starship Troopers’ Jake Busey will play a character named Bruce, described as “a morally compromised news reporter in his 50s, […] outwardly sexist, overweight and bedraggled.”

A casting notice featured one last character, Patricia Brown, a woman in her 70s who’ll be seen “spending a lot of time tending to her garden and offering her advice to the neighborhood kids,” but no actor has been announced for the role yet.

Some familiar characters will have expanded roles as the show moves forward. One of the big revelations of season two of Stranger Things was that Martin Brenner (Matthew Modine), Eleven’s erstwhile guardian, is still alive. “Brenner is out there,” the Duffer brothers confirmed, adding that the way that the world of the show has grown would usher in new forces of evil.

Mike (Finn Wolfhard) and Nancy’s (Natalia Dyer), mother, Karen Wheeler (Cara Buono), seems to be set for larger roles, too, as the directors specifically singled her out as someone to look for in season three, saying that her unhappiness left her vulnerable to potentially dark outside forces.

Lucas’s little sister Erica (Priah Ferguson) will also play a bigger part thanks to her (well-earned) popularity among fans, though her spunkiness would suggest that she’s not quite as at risk of falling prey to malevolent forces.

After becoming a fan favorite as Hawkins’s resident chaperone in season two, Steve will be more active in the third season as well. “I’ll just say we won’t be abandoning the Dad Steve magic,” the Duffer brothers said, emphasizing the bond between Steve and Dustin (Gaten Matarazzo).

The characters are all growing, as are the relationships between them

The end of season two saw Mike and Eleven paired up, as well as Lucas (Caleb McLaughlin) and Max (Sink). Though there’ll be a slight time jump before season three begins, the Duffers have said that both pairs will still be together, but the onset of puberty — and the trials of young love — may test the group’s bonds just as much as any monsters.

Chief Hopper (David Harbour) is also now officially Eleven’s adoptive father, and though the second season ended with them on good terms, the pair might still face some growing pains.

The larger world of Stranger Things is growing as well, with the discovery of Eleven’s siblings, who are still out there, and the implied endlessness of the Upside Down. “We’re telling this story from the point of view of very human characters,” the Duffers explained, making it clear that we’re never going to get answers to every single mystery contained within the show. “There’s no way they can ever truly fully understand this place.” For now, though, we’ll settle for trying to understand exactly what’s in store for season three.

This autism dad has a warning for anti-vaxxers
The 7 best movies you can now watch at home
Two Proud Boys have been charged with conspiracy in the US Capitol insurrection
Obama’s HBCU commencement speech doubles as an indictment of the Trump era
Facebook is under scrutiny from 4 federal agencies, including the SEC
Gordon Sondland’s revised testimony is still very difficult to believe