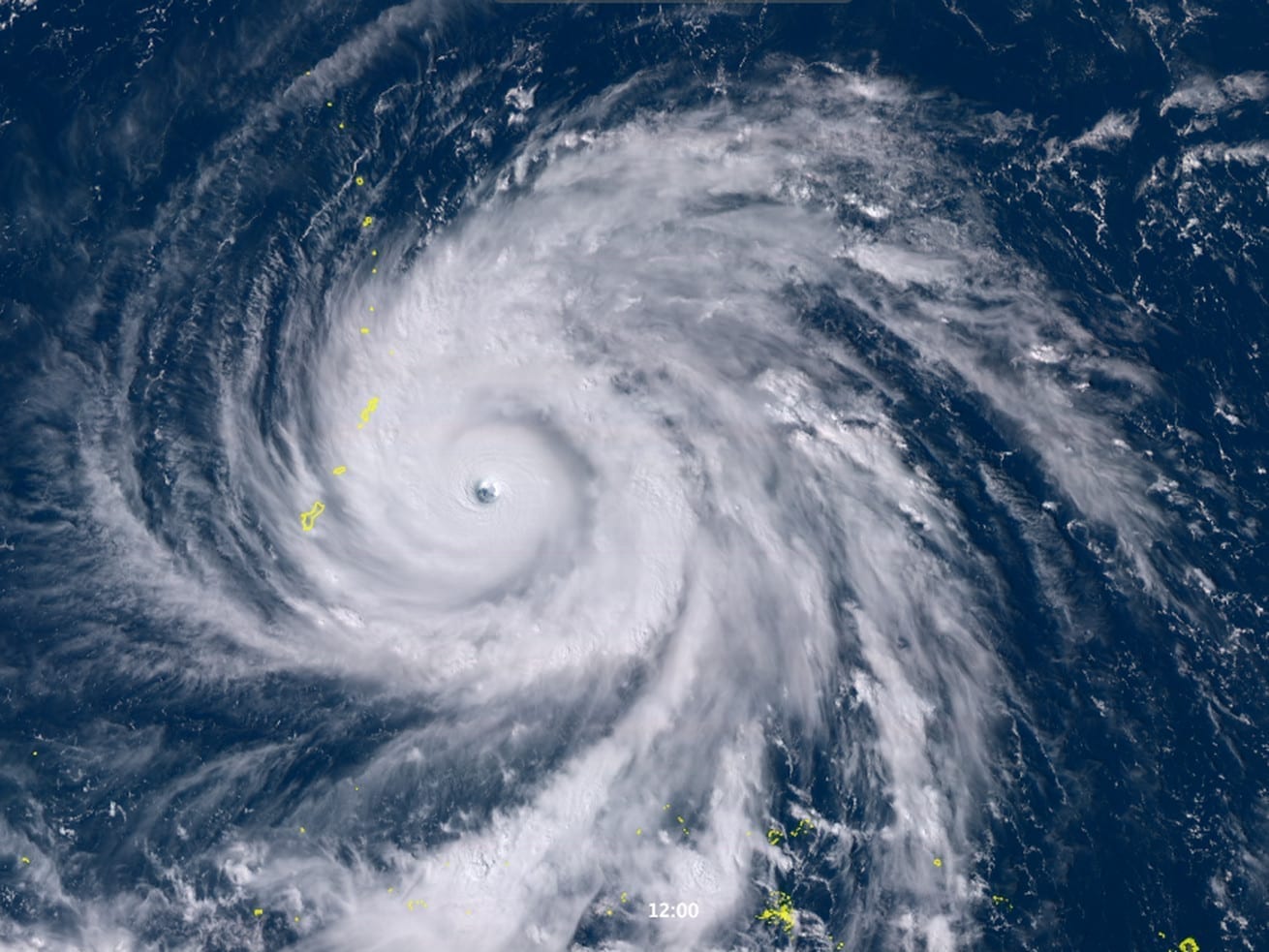 Super Typhoon Yutu was yet another rapidly intensifying tropical cyclone. As the world warms, we may see more of these.

On Thursday local time, one of the most powerful tropical cyclones ever on record tore through the Northern Mariana Islands, a US territory in the Pacific, located near Guam. The eye of Super Typhoon Yutu passed directly over the islands Saipan and Tinian, with 180 mph winds, tearing up homes and taking out power in its wake.

The islands became an American territory after World War II, and are home to some 50,000 residents, who are being urged to remain indoors until officials issue an “all clear.”

The Washington Post reports more than 100 FEMA personnel are in the region to help with the aftermath. Gregorio Kilili Camacho Sablan, the commonwealth’s delegate to Congress told the Associated Press, “It’s like a small war just passed through,” and “it’s going to take weeks probably to get electricity back to everybody.”

Joey San Nicolas, the mayor of Tinian, said in a video posted to Facebook that the island has been “devastated by Typhoon Yutu.” He said “homes have been destroyed. Our critical infrastructure has been compromised. We have no power and water at this time. Our ports at this time are inaccessible.” At least one person has died on Saipan island, the Saipan Tribune reports, killed after the building she sought shelter in collapsed on her.

The tropical region of the Pacific is known for generating some of the strongest storms on Earth. Even so, Yutu was extraordinary.

With 180 mph winds, it tied September’s Super Typhoon Mangkhut as the strongest storm on Earth this year. Though they have different names, typhoons are the exact same weather phenomena as hurricanes. On the Saffir-Simpson hurricane rating scale, Yutu would have been rated a very strong Category 5 (which starts with winds in excess of 156 mph).

According to Weather Underground, Yutu is the fifth-strongest storm on record to make landfall anywhere in the world, noting that many of the strongest landfalls have occurred in the past 12 years.

#Yutu is tied as the fifth strongest landfall ever recorded globally (180 mph sustained winds). The only stronger landfall in the U.S. or its territories was the Labor Day hurricane (Florida Keys, 1935). Ominously, 7 of the 10 strongest landfalls have occurred since 2006. pic.twitter.com/fmTcyCdflh

Rapid intensification is very dangerous, because it can catch coastal communities off guard. Recall Hurricane Michael, which devastated Florida’s panhandle, also rapidly intensified from a Category 2 to a Category 5 in a day. Hurricane Willa, which impacted Mexico this week, also rapidly intensified from 40 mph winds to 160 mph winds in just two days. (Overall, forecasting hurricane intensity is hard, and scientists don’t perfectly understand the mechanisms that lead to rapid intensification.) These rapidly intensifying tropical cyclones may be a sign of the world to come.

The Northern Marinas Islands are remote, and now without power, so it’s hard to know the full toll of the storm’s damage. But images of the destruction are starting to trickle in through social media. It looks like the islands are in splinters.

More devastation at part of the airport #Saipan #TyphoonYutu pic.twitter.com/Hul7eE6Y7Z

For now, Super Typhoon continues to churn through the Pacific. Though it’s expected to weaken a bit, it may impact Taiwan, the Philippines, or maybe even Southern Japan next week.