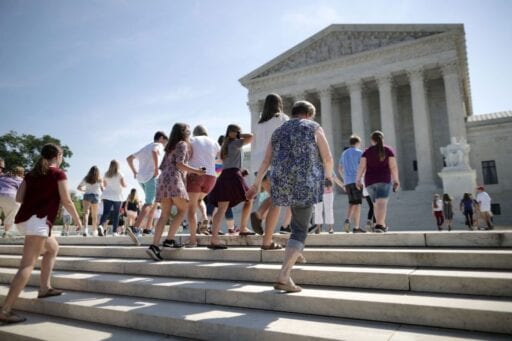 A sharply divided Supreme Court ruled Monday that Texas did not draw most congressional and state legislative election districts based on racial demographics. The 5-4 ruling by the court’s conservative justices said only one state House district used race impermissibly.

How 1-800-Flowers.com became one of the biggest, clunkiest names in Valentine’s Day gifts
UK Parliament seizes control in an attempt to avert no-deal Brexit
Lamar Alexander, a key GOP swing vote, will vote against witnesses in the impeachment trial
Trump is farming out one of the hardest parts of the job to the vice president
Why science can’t replace religion
An inspector general reportedly finds that FBI employee altered a document in Russia investigation