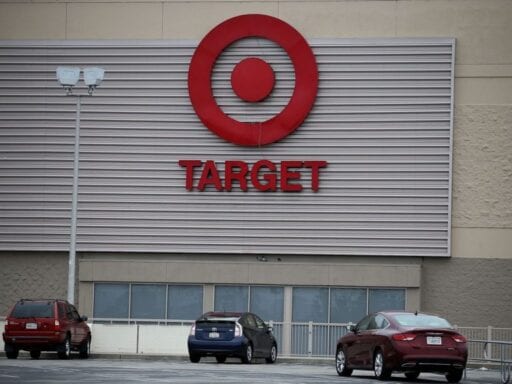 Welcome to Vox’s weekly book link roundup, a curated selection of the internet’s best writing on books and related subjects. Here’s the best the web has to offer for the week of September 9, 2018.

“Little Women” was that unusual thing, a classic that is also an instant hit. It was wildly popular from the moment it was published, in two parts, starting in 1868. (The second part, in which the loose ends left by the March sisters’ unmarried states are neatly tied up, was written in response to the success of the first. It came out the following year and has proved dismaying to readers who prefer Jo’s unmarried independence.)

The book was also revolutionary, in its way.

Laurie Halse Anderson, the author of “Speak,” a 1999 novel about a teenage girl traumatized by rape, did not initially see her book as a piece of activism.

After it was published, Ms. Anderson visited schools to discuss the story and its main character, Melinda, a freshman who struggles to verbalize her pain after she is raped by an upperclassman at her first high school party.

Early on, Ms. Anderson spoke about the book as a piece of literature rather than a lesson on rape culture. But then the students started asking questions, like, “Did this happen to you?”

We actually had to put a blanket ban on buying in this one because nobody’s reading it anymore and we couldn’t even sell copies for 5¢.

Hitler’s Scapegoat by Stephen Koch will be released by Counterpoint Press in the US next year as Hitler’s Pawn. I asked their publicity manager why, but she wasn’t sure and said the editor didn’t know either. Ask the Brits, she suggested.

Nearing the end of his life in the first decades of the 20th century, as many as 35 people a day visited Tolstoy, seeing him both as an object of veneration and one of fascination. As a British journalist wrote, he was “a man of genius who spends his time in planting potatoes and cobbling shoes, a great literary artist who has founded a propaganda of Christian anarchy, an aristocrat who spends his life as a peasant — such a man in any country would command attention. In Russia he monopolizes it.” Tolstoy had gone from being the best-known fictionist on the planet to being someone who not only abandoned writing fiction but was a vegetarian who didn’t smoke, drink, spend time with his family, hunt, eat meat, have sex, or really have any kind of fun at all.

A number of publishers, most of them university presses, are taking Target Corporation to task for redacting certain key words in the product descriptions of their books. They say the Minneapolis-based chain retailer has scrubbed certain words from their descriptions, including “transgender,” “queer,” and even the term “Nazi.”

Last fall, Lowry was commissioned to write an original stage production for NYU’s Steinhardt’s New Plays for Young Audiences 2018 play development series. As Lowry told PW, she was visiting northern Spain when she was contacted by Stan Foote, artistic director of the Oregon Children’s Theatre. Foote asked if Lowry might be able to write an original play to be workshopped, which Foote would direct. The only caveat: she’d need to get it to him in just a few days.

Having become a Japanese novelist (once and for all), I may have something of a problem on my hands in saying that I know hardly anything about Japanese fiction—which is a little different from Buddy Rich saying he doesn’t listen to country and western music. This is why, after passing the age of 30, I made an effort to read as much Japanese fiction as I could, thanks to which I discovered quite a number of truly interesting works later in life but recall very few from those impressionable teen years I spent in the 1960s.

When she was experiencing problems during her pregnancy with John Jr, Steinbeck told her that she had “complicated” his life during a busy period of writing. When John Jr arrived prematurely in 1946, she recalls Steinbeck telling her: “I wish to Christ he’d die, he’s taking up too much of your fucking time.” She identifies the conversation as “the moment when love died”.

Two movies that celebrate Ruth Bader Ginsburg
The unfair pressure for Birds of Prey to be a great feminist superhero movie
“There’s an Elon Musk premium in the stock”: Why Tesla can’t get rid of Musk
We wiped out the flu this year. Could we do it again?
Portrait of a Lady on Fire director Céline Sciamma on her ravishing romantic masterpiece
I was food insecure for years. Affluent people finally understand a little of what it’s like.