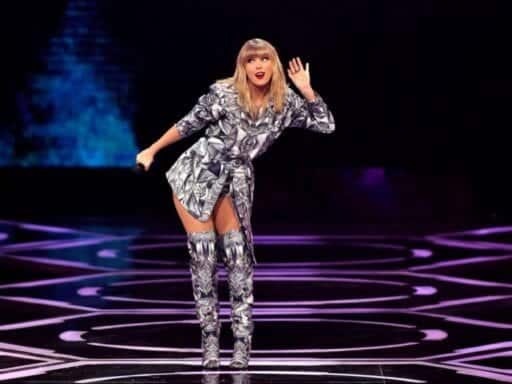 After an emotional plea to fans and a public spat with Big Machine Label Group, Taylor Swift will be allowed to perform any Taylor Swift song she chooses — for at least one night.

Big Machine, which owns the master recordings of almost all of Swift’s albums, has granted her permission to perform hits from her back catalogue at the upcoming American Music Awards on November 24.

In a statement issued November 18, the company said it had “agreed to grant all licenses of their artists’ performances to stream post-show and for rebroadcast on mutually approved platforms.” Big Machine didn’t mention Swift by name, but everyone who’s been paying attention to this ongoing feud knew whom the record label was talking about.

Since this summer, Swift has been engaged in a public tussle with Big Machine head Scooter Braun and the label’s co-founder, Scott Borchetta. Braun purchased the record label from Borchetta in June, giving the mega-manager ownership over all the records Swift made prior to 2019’s Lover.

This means that anytime someone, including Swift, wants to license one of Swift’s old hits, they have to go through Braun. This perturbed Swift for many reasons, most of all that Braun has connections to her famous enemy Kanye West, as well as other big pop stars. West has a history of feuding with Swift, which made her uncomfortable with Braun. And other Braun defenders, like Justin Bieber (whom Braun manages), chimed in and shaded Swift as the public feud flared up months ago, when Swift publicly stated that Braun owning her music was her “worst-case scenario.”

The repercussions of Big Machine owning Swift’s music erupted again last week, when Swift published an emotional plea to her fans on her social media accounts, asserting that Braun was not allowing her to perform her old songs live. The AMAs, where Swift will be honored as the Artist of the Decade, would not be an exception.

“This is where I’m asking for your help,” Swift wrote. “Please let Scott Borchetta and Scooter Braun know how you feel about this.”

Don’t know what else to do pic.twitter.com/1uBrXwviTS

Her fans responded in kind, taking aim at Big Machine on Twitter. Their angry tweets may have made an impact, as it didn’t take Big Machine long to assuage Swift and her fandom’s concerns about her future live shows.

But although Swift can now, as per Big Machine’s statement, perform old hits like “You Belong With Me” or even deep cuts like “Hey Stephen” at the AMAs, the feud isn’t over. Swift fans are a feverish bunch, and it continues to unsettle the artist that Big Machine owns her most popular work.

The bright side: Swift said she will re-record all of her old songs beginning in November 2020 — the point at which her contract legally allows her to do so.

Vox Sentences: A prisoner for a prisoner
The Trump-Ukraine whistleblower complaint, explained
Confusion reigns in wake of Trump child separation order
Joe Biden denies Tara Reade’s sexual assault allegation in TV interview
Is this Trump’s last UN speech, or the last of the UN?
In quarantine, social media has become a battleground between the wealthy and everyone else