Taylor Swift on her victory against the man who groped her: “We have so much further to go” 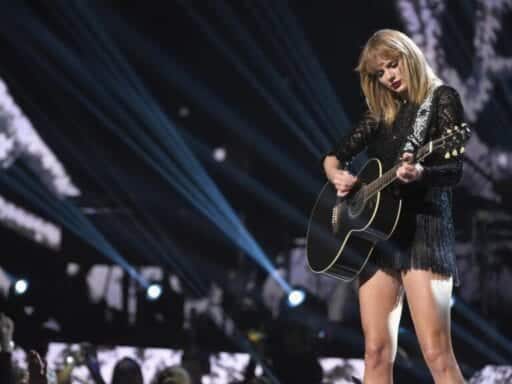 Swift thanked her fans for their support on the anniversary of her courtroom victory.

It’s now been just over a year since Taylor Swift won a counter-defamation suit against the radio DJ who groped her during a meet-and-greet in 2013. At a concert Tuesday night, on the one-year anniversary of the verdict in her favor, Swift appeared to blink back tears as she discussed the trial.

“I guess I just think about all the people that weren’t believed and the people who haven’t been believed, and the people who are afraid to speak up because they think they won’t be believed,” Swift said, playing soft piano music under her speech. “I just wanted to say I’m sorry to anyone who ever wasn’t believed, because I don’t know what turn my life would have taken if somebody didn’t believe me when I said something had happened to me.”

Swift’s trial came just two months before the accusations against Harvey Weinstein last year thrust the #MeToo movement into the public spotlight and incited the Time’s Up movement within the entertainment industry. Since #MeToo took off, Swift has occasionally taken center stage in discussions of the movement, to a mixed reception.

Last December, Time magazine put Swift front and center on its Person of the Year “Silence-Breakers” cover. For Swift supporters, the move only made sense: She had, after all, faced down sexual harassment to win a high-profile trial, and she’d done it with a testimony full of feminist quotables.

”I’m not going to allow you or your client to make me feel in any way that this is my fault, because it isn’t,” Swift said during her cross-examination. “I am being blamed for the unfortunate events of his life that are a product of his decisions and not mine.”

But critics of the Time cover argued that Swift’s case wasn’t exactly illustrative of the issues at the center of the #MeToo movement, which tended to involve extremely powerful men wielding their industry influence to prey on their less-powerful colleagues and employees with impunity. As Rebecca Traister argued last December, the movement isn’t just about sex; it’s also about work.

In contrast to the reported victims of Weinstein and the many names that followed, Swift had a lot more power than the man who targeted her. She was a megastar on a sold-out arena tour, and he was a radio DJ from Denver. And while that DJ’s assumption that he could grope one of the most famous women in the world in public was rooted in male privilege and misogynistic instinct, Swift had the power to bury him for what he did to her. And she did.

I love her so so much pic.twitter.com/YnZblXs6qK

So if #MeToo is about not just punishing individual bad actors, but about creating systemic change so that powerful people can’t abuse their power by harassing those less powerful than them, then Swift’s story, while empowering, isn’t all that useful to the larger issues at hand. For Swift, the system worked in a way that it didn’t, and arguably couldn’t, for those targeted by more powerful giants like Harvey Weinstein.

On the other hand, Swift is surely entitled to discuss a terrible thing that happened to her if she wants to, and to thank her fans for their support. And as evidenced by her words Tuesday night, she does at least seem cognizant of the fact that, despite her victory, “We have so much further to go.”

Polls: Democratic voters prefer big structural changes over a return to normalcy in 2020
Betsy Devos is still struggling to explain cuts to Special Olympics funding
Obama’s message to young people of color: “I want you to know that you matter”
An exchange at an LGBTQ forum reopens questions about Joe Biden’s treatment of women
Leftists, liberals, and neoliberals share a problem: Congress
The Trump admin has another pretty good, pretty modest plan to lower drug costs