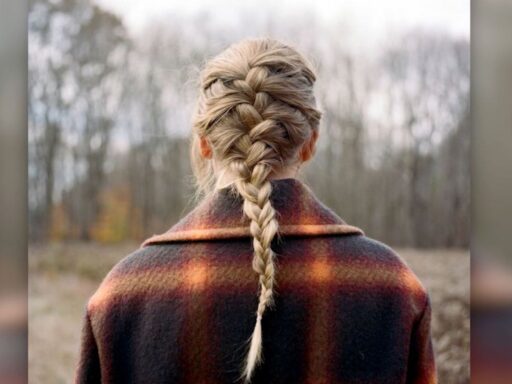 With Evermore, Swift transforms her try-hard vibes from liability to asset.

Taylor Swift’s new album Evermore, which dropped at midnight on Thursday in a surprise release, was Swift’s second surprise album of 2020. It comes after July’s heavily acclaimed Folklore and as Swift continues to re-record her old masters (she teased a bit of the new “Love Story” earlier in December). Jesus, you might be forgiven for thinking when Swift announced Evermore less than 24 hours before its release. Does she ever sleep?

But this streak of productivity fits into an emerging popular consensus on Taylor Swift. What is most compelling about Swift, commenters have started to agree, is how much she works, and how seriously she takes that work. That’s a startling contrast to the consensus on Taylor Swift a few years ago, when she was widely considered to be a try-hard whose hard work was off-putting.

For Vulture in 2015, Lindsay Zoladz described a cringey moment of Swift’s 1989 concert tour: Swift giving the audience “the look the young, wide-eyed ingenue gives the twinkling skyscrapers in her coming-of-age movie right after she steps off the Greyhound,” as all around her the crowd wore light-up plastic bracelets that glowed varying colors and pulsed to the beat of her songs. “Do you think Taylor is controlling these with her mind?” Zoladz quipped. And it was the fact that Swift was trying so hard, regulating everything so tightly that you could see the sweat, that made the moment cringey.

At Jezebel, Jia Tolentino said the regimented, precision-edged sheen of the same concert tour made her think of Swift as “an animated mannequin, a Rockette on XR Adderall.”

Swift “is a ruthless, publicly capitalist pop star,” concluded Gawker in an article headlined “Taylor Swift Is Not Your Friend.”

The consensus was that Swift was so intent on becoming a megastar that she overshot and came off as fake. Her Type A control-freak, try-hard qualities just made her seem calculated.

But even in the 2015 to 2019 era of peak Swift backlash, there was a brewing sense that the same control-freak tendencies were compelling, even admirable, when Swift applied them not to her public persona but to her songcraft.

“Swift’s automatic musicianship — on display only briefly behind a guitar for one song and a piano for another — is as physically magnetic as any choreographed routine,” wrote Tolentino of that 1989 concert tour.

And the idea that Swift’s hard work was not a liability but, in fact, a major asset began to cohere around her after the release of Miss Americana, the Netflix documentary about Swift that debuted in January. As nearly every review noted, one of the most interesting parts of the movie was just watching Swift noodle around on her piano as she wrote her songs.

“She writes lyrics and melodies rapidly, seemingly without effort, while her collaborators strive to keep up with her pace,” wrote Rachel Handler for Vulture, noting that Swift’s unproduced acoustic version-in-progress of “ME!” sounded better than the final product.

“It is a consistent pleasure to watch Swift work, and to behold the joy that spreads across her face as she puzzles through a verse or melody,” wrote Amanda Petrusich at the New Yorker. “Each time she completes a song, she appears to regard it with genuine wonder.”

“The most arresting stretches of the film are when we see Swift simply doing her work, conjuring up perfectly vague but succinct lyrics as some producer prods at a synth next to her,” argued Richard Lawson at Vanity Fair. “It’s a thrill watching her create, because she is so good at that. That’s when the whole thing feels truly organic, unvarnished, not compromised by any attempts at smoothing reality.”

And when Folklore hit in July, it continued this narrative of Swift as a serious craftsperson: someone who put in the work and was good at the work. Part of what distinguished Folklore from Swift’s other recent records was the lack of slick and precision-engineered radio-ready pop. Instead, it was filled with quieter, stripped-down melodies that allowed Swift’s talents as a lyricist to shine. Moreover, by showcasing that skill while under lockdown, Swift was only further emphasizing her enviable work ethic.

Swift’s previous albums, wrote Laura Snapes for the Guardian, had been exhausting, filled with “the sense that one of pop’s all-time greatest songwriters is overcompensating despite her clear talent.” But with Folklore, all that changed: “Folklore proves that she can thrive away from the noise.”

“There’s a bit of Rosie the Riveter spirit,” wrote Chris Willman at Variety, “in how Swift has become the first major pop artist to deliver a first-rank album that went from germination to being completely locked down in the midst of a national lockdown.”

The idea of the pop star whose hard work and grit become glamorous and aspirational is not new. Beyoncé, the pop queen of our Rise and Grind era, has perfected it. But it is new to Swift, and it suggests that she’s finally found a way to channel her workhorse vibes away from the sense of control that animated her backlash period and toward something more meaningful and desirable.

“Swift has always seemed most herself as the precociously talented songwriter,” remarks Carl Wilson in Slate’s Evermore review; “the pop-star side is where her try-hard, A-student awkwardness surfaces most.”

Swift herself talks about her work ethic with a certain amount of ambivalence. In a 2009 Rolling Stone profile, she recalls being unable to stop herself from practicing on her first guitar. “When I picked up the guitar, I could not stop,” she says. “I would literally play until my fingers bled — my mom had to tape them up, and you can imagine how popular that made me: ‘Look at her fingers, so weird.’” (The image of blood on a guitar here is a very Swifty spin on one of her first big hits, “Teardrops on My Guitar.”)

In her recently released documentary Folklore: The Long Pond Studio Sessions, she notes that the Folklore track “Mirrorball” deals with her mixed feelings about her compulsion to work. “I wrote this song right after all my shows were canceled,” she says, and then quotes her own lyric: “I’m still on that tightrope. I’m still trying everything to keep you laughing at me.”

With Folklore, Swift ground her way through the hard work of finding a way to bring the crowds back to her. And now that she’s figured out what worked the first time, here is Evermore, Folklore’s sister album, to keep us looking at her.