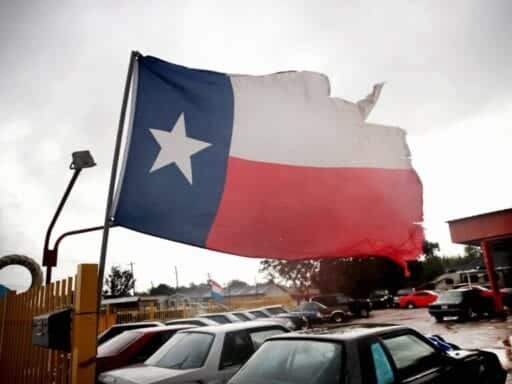 House Democrats’ path to a bigger majority runs through Texas.

Rep. Bill Flores (R-TX) on Wednesday became the fifth Texas Republican to announce his retirement. He will be leaving his very conservative district around Waco, Texas open in the 2020 election cycle. The district is still seen as “Solid Republican,” according to Dave Wasserman, who edits the nonpartisan Cook Political Report.

But three of the five Texas Republicans who have announced their retirements in the last several months represent very competitive districts. That includes Rep. Kenny Marchant, who announced last month he will not run for reelection, leaving a suburban district between Dallas and Fort Worth up for grabs.

The nonpartisan Cook Political Report rates Marchant’s district as a “toss-up,” opening up a major opportunity for Democrats. Also last month, Rep. Will Hurd, the House’s only black Republican, who represents a border district in Texas, said he would be stepping down. Hurd was seen as the only Republican who could hold on to his border district, which runs from El Paso to San Antonio — a district that voted for Hillary Clinton in 2016. Rep. Pete Olson, who represents a quickly diversifying Houston suburban district, is also not running for reelection.

House Democrats are reveling in a “Texodus” as they increasingly see an offensive strategy to grow their House majority running through the Lone Star State.

These incumbents are seeing the writing on the wall.

“Nobody should be surprised by this,” UT Austin professor Jim Henson told Vox, adding that Republican retirements are happing “in places in the state where you’re seeing rapid population growth, [and] the composition in these districts [is] changing. It’s just not very attractive to some of these Republicans to be looking at a very tough election fight.”

Texas has become a major battleground for Democrats in recent years. Donald Trump’s margin of victory in the state was notably slimmer in 2016 than it has been for past Republican presidents; he won by nearly 9 points over Hillary Clinton. In 2018, the top Republican on the ticket, Sen. Ted Cruz, beat Rep. Beto O’Rourke in the Texas Senate race by just over 2 points in a year when Democrats flipped two Texas House seats.

Democrats think they might be able to do even better in 2020.

Texas is a battleground for House Democrats

House Democrats’ targets going into the 2020 election really come down to what happened in the midterms last year.

In 2018, six incumbent Texas Republicans kept their seats by less than 5 points, including Hurd, Marchant, and Olson. The three others are Reps. Michael McCaul, Chip Roy, and John Carter. Carter won by just 3 points against Democrat M.J. Hegar, a female veteran who is now running for the US Senate against John Cornyn.

These seats represent the inroads Democrats made last year, but also the power of incumbents, who were able to eke out wins in what was hailed as a blue wave election cycle. Incumbents have clear advantages in elections. They have more name recognition, their campaign and fundraising infrastructure is already set up, and, simply, they’ve won before.

The open seats are good news for Democrats. Hurd ran the closest race in Texas, beating Democrat Gina Ortiz Jones by fewer than 1,000 votes. Ortiz Jones is running again and had been out-fundraising Hurd in the months leading to his retirement announcement. That race is already leaning Democratic, with a voter base that is 71 percent Latinx.

That diversifying population is a common story in competitive districts across the country, and particularly in Texas. In Olson’s race, for example, a growing Asian population has opened doors for Democrat Sri Kulkarni, a foreign service official under the Bush and Obama administrations, who closed the margin of Olson’s 19-point win in 2016 to just 5 points in 2018. Kulkarni is running again in 2020.

And as Sean Trende, a political analyst with RealClearPolitics, pointed out, Texas’s sprawling suburban geography is also increasingly a path forward for Democrats.

People grossly oversold GOP vulnerability in TX pre-Trump and are grossly underselling it now. Texas is an overwhelmingly urban/suburban state, so GOP weakening in the suburbs is felt disproportionately in TX. It could go blue, quickly, under this current configuration

For a long time, that meant Democrats represented the urban areas and Republicans had a hold on suburban districts. But 2018 showed a shift in that dynamic, as Democrats regained the House majority in large part by winning typically conservative-leaning suburban areas.

Henson doesn’t think Texas Republicans aren’t necessarily “freaking out,” as some on Twitter have speculated. But the GOP definitely recognizes the demographics in the state are changing — a dynamic that can be seen in the pragmatic bills the Texas state legislature took up this year, rather than red-meat issues for the conservative base like the controversial “bathroom bill.”

“Look, Republicans in Texas are aware that their advantages are not what they used to be,” Henson said. “I think 2018 was a wake-up call that the shift in the national environment probably accelerated the pace of political change in Texas in a way that surprised Republicans and, frankly, surprised some Democrats.”

Every election cycle comes with its fair share of retirements, but the presence of President Donald Trump suggests something here is different. The 2018 midterms brought a near-record number of Republican retirements. There are several explanations for this, as I explained last year.

For one, being a member of Congress isn’t what it used to be. Congressional leadership has increasingly centralized decision-making away from individual lawmakers, and that’s even worse for House Republicans, who are in the minority. To put it bluntly, the job can really suck.

Then there’s Trump. The 2018 midterms showed that Trump has made it too difficult for Republicans to run in more moderate districts, like Hurd’s. Just ask Mike Coffman, the Colorado Republican who tried to hold on to his seat in suburban Denver in 2018. “Donald Trump is about Donald Trump, and what Donald Trump is, is he wants to be the center of attention every single day,” Coffman told me after his loss. “He wants to dominate the news cycle every single day, and good luck trying to get a message out of that.”

Hurd, notably, was one of the four Republicans who voted to condemn Trump’s racist comments telling four Democratic congresswomen of color to go “back” to where they came from.

House Democrats have a 38-seat majority in the House, which they’re looking to expand in 2020. These announcements are a clear win for Democrats, who have a path to victory in districts increasingly less interested in what Trump’s Republican Party has to offer.