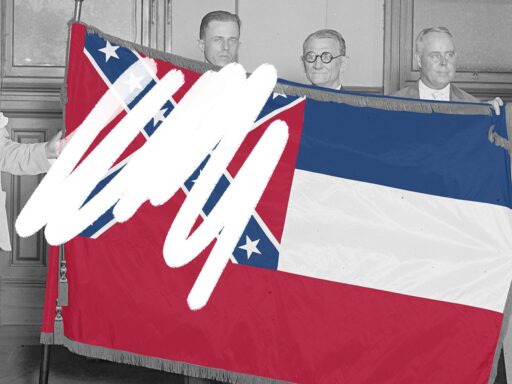 On November 3, 2020, Mississippi voters finally adopted a state flag that represents the diversity of the state.

For 126 years, Mississippi’s state flag prominently featured the Confederate battle emblem in its design. That emblem is the most enduring and recognizable symbol of the American Civil War, a four-year conflict in which Southern states fought to preserve slavery in the United States.

Since then, the symbol has been used as a banner of Southern pride — but it’s also widely used by white supremacists to honor a time when Black Americans were enslaved. Activists in Mississippi have protested the state flag for decades, and it almost changed in 2001, when an alternative design was presented but failed to get enough votes to replace the old one.

After the 2015 massacre of nine Black churchgoers in South Carolina and the uprising in 2020 in response to the murder of George Floyd, Mississippi’s legislature finally abolished the state flag bearing the Confederate emblem. On November 3, 2020, Mississippi voters approved a new flag design that’s more inclusive and reflective of the people across the state.